Are dispute adjudication decisions binding and enforceable, even if incorrect?

In many standard form construction contracts, such as FIDIC and the NEC3 Engineering and Construction Contract, the first mechanism to resolve any dispute between parties is to refer the dispute to adjudication.

Adjudication is intended to be a speedy and less costly means of settling a dispute on an interim, yet binding basis. The final mechanism to resolve a dispute is to refer the dispute to arbitration and the arbitrator is empowered to revise the award of the adjudicator.

The Supreme Court of Appeal (SCA) has recently in the case of Framatome v Eskom Holdings SOC Ltd[1] reaffirmed that an adjudicator’s award is binding and enforceable, notwithstanding that the award could subsequently be revised at arbitration.

This is in keeping with previous SCA landmark decisions such as Ekurhuleni West College v Segal and Another[2] and Radon Projects (Pty) Ltd v NV Properties and Another[3], which upheld the firm principle that an unsuccessful party cannot simply refuse to perform in terms of an adjudicator’s award on the basis that it is dissatisfied with the award, delivered a notice of dissatisfaction and has referred the dispute to arbitration.

Eskom (the Employer) and Framatome (the Contactor) concluded an NEC3 Engineering and Construction Contract for the replacement of the Steam Generators at Koeberg Nuclear Power Station for Unit 1 and 2 (the Contract). The Contract provided for adjudication as the first procedure in resolving disputes between the parties.

A dispute arose between the parties in respect of a compensation event notified by the Project Manager to Eskom.

Framatome referred the dispute to adjudication and the adjudicator found in favour of Framatome on the basis that the Project Manager’s instruction to Eskom was a compensation event which needed to be assessed by Eskom (Decision 7). Surprisingly, Eskom did not issue its notice of dissatisfaction for Decision 7, but simply ignored the adjudicator’s award.

A further dispute was referred to adjudication by Framatome which dealt with the assessment of the compensation event in Decision 7, in which Eskom refused to provide an evaluation of the compensation event. The adjudicator concluded that Eskom had failed to make a full assessment in due time as required by Decision 7 and that Framatome’s proposed quotation was deemed to be accepted in terms of the deeming provisions of the Contract (Decision 11).

Subsequently, Eskom notified the adjudicator and Framatome of its dissatisfaction with Decision 11, which prompted Framatome to institute enforcement proceeding against Eskom at the Gauteng High Court.

Eskom was successful in resisting the enforcement of the adjudicator’s decision on the basis that the adjudicator in Decision 11 was found by the High Court to have acted outside his terms of reference and to have exceeded his jurisdiction, by deciding issues that were not referred to him.

Accordingly, Framatome appealed to the SCA.

In that regard, the SCA held as follows:

In arriving at this conclusion, the SCA referred to an excerpt of Hudson’s Building and Engineering Contracts, noting that:

‘It should only be in rare circumstances that the courts will interfere with the decision of an Adjudicator, and the courts should give no encouragement to an approach which might aptly be described as “simply scrabbling around to find some argument, however tenuous, to resist payment”.’[4]

The SCA has once again made it clear that disputed adjudication awards are binding, unless and until the dispute is revisited at arbitration.

Feel free to reach out to us if you would like to discuss any similar matters. 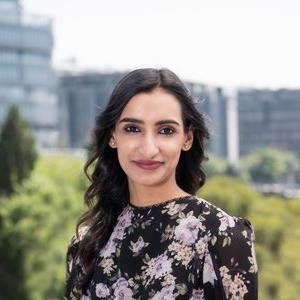 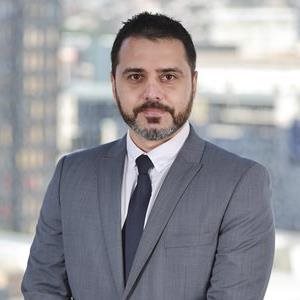