Clyde & Co has successfully secured a discontinuance of a liability claim valued at £170,000, following allegations that a woman had been injured having slipped on ice at our client’s premises.

The Claimant originally pinpointed the accident location as within a right of access, an area the Defendant did not have a duty to maintain.

After we applied for summary judgment/strike out, the Claimant sought to change her evidence on the accident location, blaming a misunderstanding. We maintained our position, and with the threat of a fundamental dishonesty finding and enforceable costs order against her, the Claimant discontinued shortly before trial.

Our client, (“the Defendant”) owned premises, consisting of a main car park and an additional car parking area, on an industrial estate. The premises adjoined an area owned by another company, Bridgetime Transport, the Claimant’s employer.

On the day of the accident, the Claimant stated that she parked on the Defendant's premises and as she was returning to her vehicle, she slipped on ice, sustaining a fractured ankle. The Claimant claimed that this injury ultimately resulted in her having to give up work. A six-figure claim was pleaded.

The Defendant's position was that the Claimant was aware she was not permitted to park on their premises; she herself had prepared a memorandum for circulation within Bridgetime Transport, informing employees not to park in the Defendant’s car park.

We argued the Claimant was a trespasser and thus was owed a lower duty of care under the Occupiers’ Liability Act 1984. It was therefore sufficient for the Defendant to show the premises themselves were not dangerous and the only danger was the presence of snow and ice. The Defendant was able to provide evidence to show it had a reasonable system of assessing and addressing the risk posed by snow and ice.

The exact location of the Claimant's fall was not clear as a right of access existed within the Defendant's premises and next to where the Claimant parked.

Judgment in Default had been entered prior to our involvement. We successfully applied to set aside judgment despite the Claimant’s opposition, and obtained a costs order.

We put a Part 18 Question to the Claimant for her to confirm the exact position she parked her vehicle and where she fell. Her responses indicated her fall occurred within the right of access.

Following service of witness evidence, we made an application to Court for summary judgment/strike out on the basis that the Claimant fell on a right of access, meaning there was no duty on the Defendant to maintain that area.

Days before our application hearing, the Claimant served a further statement, essentially changing her evidence as to where she fell. She now stated that she fell within the parking spaces, and not the right of way. She blamed her incorrect evidence on a misunderstanding stating the position she had originally flagged was where her bag landed when she fell, and where she had to crawl to in order to obtain her phone to call for help.

Due to the Claimant's change of evidence, our application for strike out was unsuccessful. However, the Claimant was placed on notice that she would be required to explain the reasons for her misunderstanding at trial and we reiterated that the Defendant would be seeking a finding of fundamental dishonesty and an enforceable cost order to be made against her if successful.

Mindful of the threat of a finding of fundamental dishonesty and costs, the Claimant made an offer to discontinue her claim three weeks before trial, on the basis that the parties agreed to bear their own costs.

Given the Claimant had minimal assets against which to recover any recoverable costs we may have obtained, we agreed to the Claimant's offer, saving a considerable amount on the costs of running to trial. The total saving on reserve amounted to £173,000. 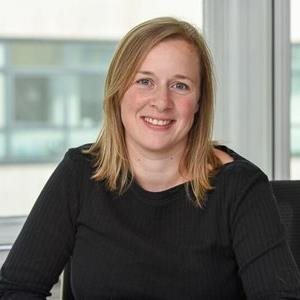