Following the announcements in March 2020 by the UK and devolved Governments advising against school trips outside of the UK because of the COVID-19 pandemic, many schools in the UK terminated their contracts with tour operators. A number of travel companies have argued, for a variety of reasons, that the Package Travel and Linked Travel Regulations 2018 (“the PTR”) do not apply to such terminations. This is one of the first cases dealing with such issues to reach the English and Welsh Courts.

The Claimant school sought a refund under Regs 12(7) and 12(8) of the PTR for the sum it had paid to the Defendant travel company for an educational ski trip to the USA. The trip was due to take place in early April 2020, during the first wave of the COVID-19 pandemic.

The school gave notice of termination to the Defendant on 30 March 2020 and sought a full refund. The Defendant denied the claim and later counterclaimed for sums it alleged were due in respect of cancellations and excursions.

Under Reg 12(7) of the PTR, a traveller may terminate a package travel contract before the start of the package without paying any termination fee provided there are “unavoidable and extraordinary circumstances occurring at the place of destination or its immediate vicinity” which “significantly affect” either the performance of the package, or the carriage of passengers to the destination.

Various arguments were raised by the Defendant during the course of the dispute, including that there were not “unavoidable and extraordinary circumstances” at the place of destination at the time of termination; and that, if there were, the school was not aware of them. The Defendant also sought to raise the argument in Lambert v Travelsphere [2005] CLY 1977 that there remained “a flicker of hope” at the time of termination that the trip could still go ahead.

At trial, the Defendant’s principal argument became one of causation. It was argued that the guidance from the UK and Welsh Governments of 12 and 13 March 2020 imposed a de facto ban on foreign school trips, and that there was no realistic prospect that the so-called “ban” would be lifted in time for the trip to go ahead in April 2020.  Therefore, the Defendant argued, by 13 March 2020 it was “inevitable” that the school would have to cancel the trip irrespective of the situation in the USA.

The Claimant argued that, properly interpreted, the wording of Regs 12(7) and 12(8) denoted objective tests as to whether circumstances were occurring in the place of destination or its immediate vicinity. The use of “may” in Reg 12 removes the causal link between the circumstances, their effect, and the right to terminate, such that a traveller may (or may not) terminate the package if certain circumstances exist and, if exercising the right to terminate at a time when certain circumstances exist, receive a full refund. In addition, the Claimant maintained that the subjective basis of the termination was not relevant.

The Claimant further argued that the UK Government’s advice did not relate solely to events within the UK. Rather, the underlying reason for the advice was the COVID-19 pandemic generally, an international phenomenon which would inevitably affect any international travel by schools at that time. The WHO had declared COVID-19 to be a pandemic on 11 March 2020, prior to the announcements of the UK and Welsh Governments.

Traveller’s choice whether to terminate

The Judge, Recorder Craven, agreed that under Reg 12(7) the traveller has a choice whether to terminate and must give some notice to the other party in order to exercise that choice. Importantly, there can be no contractual termination until it is communicated to the other party.

The Judge noted that the event of “unavoidable and extraordinary circumstances” at the place of destination or its immediate vicinity is an objective fact. Therefore, the traveller is able to elect whether to terminate, and his/her reasons for doing so do not matter, provided the necessary circumstances exist at the time of termination.

The judgment confirms that the COVID-19 pandemic and its various consequences could constitute “unavoidable and extraordinary circumstances” under the PTR. This might arguably include the fact that there was a pandemic and the actions taken in consequence, including the UK Government’s advice against international school trips announced on 12 March 2020 and the US ban on entry to UK travellers which was announced on 14 March 2020.

As to timing, the relevant circumstances must exist before or contemporaneously with the termination, although there must usually be an element of looking to and predicting the future in order to decide whether the circumstances are likely to still be occurring by the start of the trip.

At the time of termination in this case, there were several sets of circumstances which occurred simultaneously or sequentially to prevent the trip from occurring.

The Judge found that the US ban on entry announced on 14 March 2020 had (or would have had) a significant effect on performance of the contract within Reg 12(7) which, in isolation, would have given the school an entitlement to terminate, as did the cancellation of accommodation by the Defendant on 14 March 2020.

The judgment acknowledged that the PTR are consumer protection legislation and that Reg 12(7) is intended to entitle the traveller to cancel and obtain a refund where the circumstances affecting performance or carriage are ones existing in the destination. However, the Judge held that Reg 12(7) would apply even when the departure country acted first to “ban” a trip. This was because the school could say without illogicality that the performance of the trip and carriage of the passengers were significantly affected because of circumstances in both the UK and the USA, and could therefore rely on Reg 12(7) to terminate the contract and claim a refund under Reg 12(8) of the PTR.

In conclusion, as long as there were “unavoidable and extraordinary circumstances” at the place of destination or its immediate vicinity which significantly affected the performance of the package or the carriage of passengers to the destination at the time of termination, it does not matter if there were pre-existing circumstances at the place of departure which also significantly affected the performance of the contract, provided that they both arose out of the same underlying cause (in this case, the COVID-19 pandemic).

This judgment, therefore, provides some helpful clarity in respect of the rights of schools to seek full refunds from travel companies under Regs 12(7) and 12(8) the PTR. 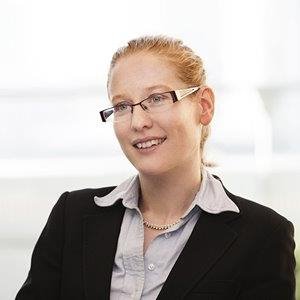 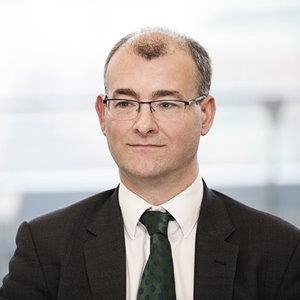