Cracking the Insurance “Code” – the “POLAR”

Where a party takes out accident insurance, English law generally disregards that insurance where that party has a claim against a third party. This is based on the sound reasoning that the defendant should not benefit from the claimant’s decision to buy insurance.

This rule also benefits insurers as, without it, they would be unable to bring subrogated claims and so mitigate their exposures. This in turn benefits insureds because insurance premium levels are (or at least should be) sensitive to claims exposures.

In this article, we explore the limits of that principle in marine insurance, and in particular the recent decision in Herculito Maritime Limited v Gunvor International, the “POLAR” [2021] EWCA Civ 1828.

Over the years a number of circumstances have arisen in which the law does take into account the availability of insurance, and in so doing curtails insurers’ rights of subrogation. An obvious example is joint insurance, where the insurer cannot bring a claim in the name of one joint insured against another. A further example is where insurance is taken out by a party which is (in whole or in part) for the benefit of another, the insurer cannot recover against that party. This is justified on the basis that the parties have agreed an insurance ‘code’ to deal with losses which would otherwise result in claims between them. As the House of Lords said in the Evia (No. 2) [1983] AC 736, a charterparty case, it would be ‘remarkable’ and the ‘wrong result’ if the charterer had to pay the premium but was then liable to the insurers (exercising their rights of subrogation).

In recent years, the limits of this principle have been explored in a number of cases, including by the Supreme Court in the Ocean Victory [2017] UKSC 35:

A further iteration of the exploration of the insurance ‘code’ is the recent Court of Appeal decision in the “POLAR”.

The owners (Herculito) chartered the M/V “POLAR" to the charterers (Clearlake) for the purposes of a voyage from St Petersburg to Singapore. The vessel was seized by pirates whilst in the Gulf of Aden in October 2010, forcing the owners to pay a ransom to complete the voyage.

There were additional clauses incorporated within the charterparty, including a Gulf of Aden clause, War Risks and K&R clauses, providing “that any additional premiums payable by the owner in respect of war risks ... shall be for the charterer’s account”.

Six bills of lading had been issued in favour of Gunvor (holders), as evidence for the carriage of fuel oil. The bills, in different forms, provided for the incorporation of “all terms and conditions, liberties and exceptions of the Charterparty”.

The owners were fully indemnified for the ransom payment under the additional risks cover, and after general average (GA) was declared, the insurers sought to recover the loss by way of contribution from Gunvor under the GA bond.

The Arbitration and Commercial Court

Gunvor successfully defended the claim in arbitration. The tribunal held that, as the charterparty clauses required the charterers to pay the insurance premiums, the owners had agreed to only pursue a recovery of their losses under the insurance policy. The tribunal concluded that the charterparty clauses were incorporated into the bills of lading, and as such, the owners could not pursue a GA claim against Gunvor also. The insurance code therefore extended not only to owners and charterers, but was also incorporated into the bill of lading contract for the benefit of the lawful holders of the bill of lading (here Gunvor).

On appeal, the Commercial Court overturned this part of the Tribunal’s decision. Whilst the effect of the additional clauses in the charterparty was to create an insurance code between the owner and charterer, that code could not extend to the bill of lading contract and so to Gunvor.

The Court of Appeal

Gunvor took the matter to the Court of Appeal. They argued that the insurance code must necessarily have to be for the benefit of the cargo owner because it was the cargo owners who had “the greatest interest in the successful carriage of the cargo and the greatest exposure to liability in general average for ransom payments, a risk which was well known and for which the charterparty code was intended to provide”.

Owners resisted this conclusion. Gunvor were in a different position to the charterers in the Ocean Victory and the Evia (No. 2) as they had not paid the premium for the insurance. Further, it was unlikely that the owner would have agreed to give up its valuable right to a GA contribution from cargo owners in circumstances where cargo owners would have been expected to insure this risk in the cargo insurance market. Clear words would be required to reach that conclusion.

The Court of Appeal agreed with Owners and upheld the Commercial Court’s decision. Whilst they saw the force in Gunvor’s arguments, they noted that the risk of piracy and the potential need to pay a ransom were foreseeable and foreseen by the parties as the bill of lading contract dealt expressly with that risk. Had the parties wished to exclude contribution from cargo in general average, then the bill of lading could (and should) have said so. The Court of Appeal therefore applied the principle that a party is presumed not to have given up valuable remedies for breach of contract absent express words (Gilbert-Ash (Northern) Ltd v Modern Engineering (Bristol) Ltd [1974] AC 689).

The Court of Appeal concluded: “In reality this is a case where both parties were insured against the risk of piracy and where allowing the shipowner to claim will mean that each set of insurers will bear its proper share of the risk which it has agreed to cover. In contrast, the effect of construing the bills of lading to exclude a claim by the shipowner will mean that the loss is borne entirely by the shipowner’s insurers and that the cargo owners’ insurers escape liability for a risk which they agreed to cover”.

The "POLAR" is a further example of attempts by third parties to marine insurance contracts to widen the scope of the insurance ‘code’ in order to benefit from its protection against claims. The decision of the Court of Appeal (and the Commercial Court below) is a useful re-iteration of the principles and boundaries of that code. Applying the decision, in seeking to crack the code, future litigants in analogous positions will need to have regard to: 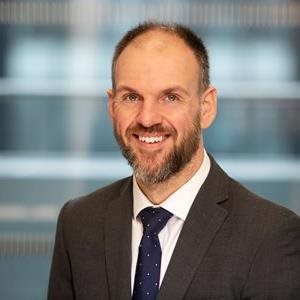 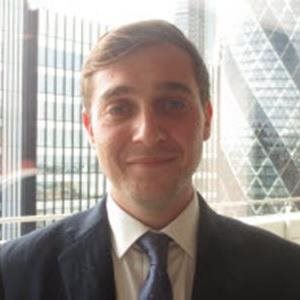