The law provides various protections for employees participating in industrial action or other trade union activities. This includes an absolute ban on employers dismissing an employee because they have taken part in protected industrial action. However, there is no explicit ban on subjecting employees to a detriment short of dismissal for having taken part in such action.

Indeed, a previous case dating from 1980 found that employees taking part in industrial action such as strikes were not protected from suffering a detriment under the Trade Union and Labour Relations (Consolidation) Act 1992 (TULRCA), although they were of course protected from dismissal.

However, in the recent case of Mercer v Alternative Future Group, the Employment Appeal Tribunal (EAT) concluded that protection from detriment for taking part in industrial action should be read into the legislation in order to make it compatible with an employee’s human right to freedom of assembly and to form and join trade unions for the protection of their interests.

Another recent EAT case of Ryanair DAC v Morais and others, follows the reasoning in Mercer and further increases the protection for striking employees.

What happened in the case?

A number of pilots employed by Ryanair took part in a strike. As a result, Ryanair withdrew concessionary travel benefits from those employees for one year and the pilots brought a claim in the Employment Tribunal alleging that the withdrawal of benefits was an unlawful detriment. They also claimed that they had suffered a detriment because of being on a “prohibited” list known as a blacklist under the blacklisting legislation (the Employment Relations Act 1999 (Blacklists) Regulations 2010).

The Tribunal concluded that protection from detriment for participating in industrial action should be read into the relevant legislation in order to protect the pilots’ human right to freedom of assembly and association under Article 11 of the European Convention of Human Rights (ECHR).

The Tribunal also concluded that the pilots were protected by the Blacklisting Regulations.

Ryanair appealed the Tribunal’s decision in the EAT. The pilots cross-appealed. They argued that it did not matter whether the strike was “protected industrial action”.

What did the Employment Appeal Tribunal decide?

The EAT concluded that the pilots were protected from suffering detriment by TULRCA.

The EAT also found that striking workers are protected from suffering a detriment under the blacklisting legislation, and that this is not just restricted to protected industrial action given that concept is not referred to in that legislation.

This recent decision (and the Mercer case) increases the protection available to employees in cases involving industrial action. Previously employers were thought to be able to remove discretionary benefits from employees for taking part in strikes as long as they didn’t dismiss them. This is no longer the case and employers need to be careful that following a strike or other industrial action they do not cause employees to suffer a detriment. Although, if employees are on strike (that is, refusing to work at all), the employer does not need to pay them for the periods during which they are not working.

This applies to all union industrial action, without the additional requirement that it be protected action i.e. – it does not matter whether the strike was organised in a way that complied with the balloting and notice requirements.

An important postscript is that the EAT’s decision in Mercer is subject to an appeal to the Court of Appeal which was heard in January 2022, so watch this space to see whether this is the final word on the matter.

Ryanair DAC v Morais and other 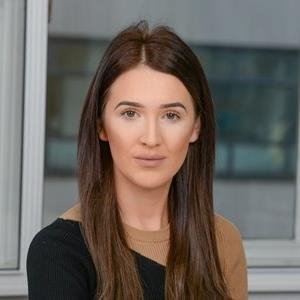