Is there a process for challenging awards seated in Spain in the courts of this jurisdiction?

This is the third article in a series focusing on the process and procedure for challenging arbitral awards within various national jurisdictions within Europe, as prepared by Clyde & Co’s European international arbitration team. This third piece is on the procedure in Spain and is written by Carlos Cid and Pablo Nvono, from Clyde & Co’s Madrid Office.

The relevant Spanish legal framework is set out in the Spanish Arbitration Act (Law 60/2003) (the “Act”), which follows broadly the UNCITRAL Model Law. The Act protects arbitration from the influence of the Spanish Judicial Courts, ensuring the validity and effectiveness of arbitral awards. The result is that such awards are in principle final and binding.

Nonetheless, the Act also includes an annulment process under which Spanish awards can be challenged (Article 40). However, this process applies only to very specific circumstances that are expressly regulated (Article 41), as explained below.

What is the legal form of the process? Are there limits on the grounds of challenge and what are they?

Article 42 of the Act describes the legal process to be followed. According to this article, an action for annulment involves abbreviated proceedings within the civil jurisdiction court.

Various limits apply. The interested party must challenge the validity of the award by filing an action for annulment within two months of the notification of the final award. In addition, the Act only provides a limited number of grounds for challenging and eventually obtaining such an annulment, consisting of a serious breach of (i) the arbitration contract; or (ii) of the essential procedural guarantees sanctioned in Article 24 of the Spanish Constitution, both expressly regulated in Article 41.1 of the Act. Under Article 41, the following are the relevant grounds for obtaining such an annulment:

Does the challenge involve a rehearing of some or all of the merits?

According to case law, an annulment cannot lead to a new trial of the merits of the case. It only has the effect of rescinding the original award.

The application for annulment of the award is not technically an application for a remedy or a means of challenge but is an autonomous and exceptional procedure for the purpose of checking that the arbitration has been validly conducted. The result of procedure is that the relevant award may be declared null and void on one of the bases set out in Article 41.1.

This procedure cannot be understood as an appeal of the arbitration award before the courts, in which the Tribunal can reassess the facts and evidence submitted to arbitration and/or the application of law. If parties were able to do this it would frustrate the purpose of arbitration, which is to avoid the resolution of a dispute by means of litigation.

In this context, the Spanish Constitutional Court (i.e. decisions No.174/1995 and No.46/2020) deemed that the annulment procedure consists of an external control process which precludes further pronouncements on arbitral awards and any interference with their assessment.

In summary, what is the process and how does it work?

Pursuant to Title VII of the Act, the annulment action is subject to the procedure of abbreviated claims. The procedure starts with the filing of the annulment request. This claim must be filed in accordance with the provisions of Article 399 of Law 1/2000, of 7 January 2000, on Civil Procedure, together with relevant documents and the arbitration agreement.  After this, the Court clerk notifies the defendant, summoning him to make allegations/defence within 20 days. Together with this defence the party might submit supporting evidence and propose evidence for the hearing.

Finally, once the claim has been answered, or the deadline for this has passed, the Court clerk summons the parties to an oral hearing if this is requested by the parties in the pleadings or the statement of reply. If the parties have not requested a hearing, or only intend to use documentary evidence, and this has already been submitted without being challenged, the Court will simply issue a decision, without the need for further formalities.

Are there any legal thresholds before the process can be commenced?

Spanish courts have been consistent in rejecting applications for annulment when the grounds for annulment could have been avoided by the party challenging the award. It is relevant that the Act includes a mechanism allowing a party to request the arbitral tribunal within ten days (or other agreed period) of the issuance of the award to correct any computation, clerical or typographical errors, to clarify specific parts of the award, to issue an additional award on claims submitted but not decided, or to rectify an award that has ruled on claims that were not submitted to the tribunal or were not arbitrable.

In order to obtain the annulment of an award, the party challenging it must have been diligent and have made attempts to remedy the alleged defect when it occurred, using the mechanisms available. Article 6 of the Act clearly states that:

“where a party, knowing of the infringement of any non-mandatory provision of this Act or any requirement of the arbitration agreement, does not state its objection within the term provided or, in the absence of such a term, as soon as possible, that party will be deemed to have waived its right to object as provided in this Act.”

Roughly what is the cost and timescale to complete the process? Is the challenge itself appealable?

It is common practice to agree the cost in line with the economic interest of the dispute. Legal advisors typically calculate legal fees in accordance with the Rules of the Bar Association where the proceedings take place.

It should also be noted that if the challenge succeeds in full, the applicant may be awarded its legal costs.

Article 42.2 of the Act, the outcome of a challenge cannot be appealed.

Roughly what proportion of challenges are successful?

At present, the Spanish Courts have become increasingly protective of arbitration, and have sought to limit challenges to the validity and effectiveness of arbitration awards.

Are there any other points of interest that you would like to highlight in relation to challenges in the jurisdiction in which you operate?

A number of recent judgments have had the effect of restricting the judicial annulment of awards. On 15 June 2020, the Spanish Constitutional Court handed down a judgment confirming that the High Court of Justice of Madrid had exceeded its powers by annulling an award after considering its underlying merits. The judgment supported arbitration in Spain by emphasising party autonomy and (despite previous court decisions) the limited relevance of public policy to the annulment of awards.

"The action for annulment is the judicial control mechanism provided in the arbitration legislation to ensure that the arbitration procedure complies with the provisions of its rules.  Such control has a very limited content and does not allow a review of the merits of the matter decided by the arbitrator, nor should it be considered as a second instance, being able to be based exclusively on the assessed causes established in the law, without any of them -not even the one related to public order- being able to be interpreted in a way that alters this limitation."

These judgments have increased both companies’ and investors’ confidence in Spanish arbitration, since they confirm that awards should not be annulled by the courts for substantive reasons regarding the subject matter of the dispute. Their effect is to reduce significantly the legal uncertainty relating to this form of dispute resolution.

This series will continue next week with our fourth and final article on the French law perspective of challenging arbitral awards in the courts of France. 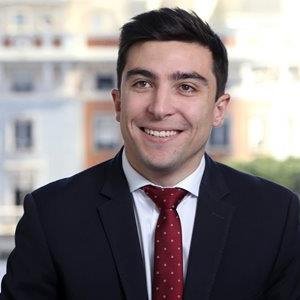 15 February 2022
Is there a process for challenging awards seated in Germany in the courts of this jurisdiction?