The UAE Ministry of Economy recently announced a sweeping change in official fee payments, which included a reduction in the annuity payments for patents, utility models and industrial designs to zero. This gave rise to a conundrum in that the UAE Patent Law makes it clear that an annuity payment must be paid but, once the fee had been reduced to zero, no payment could be made. This article looks at this conundrum and the 'zero-payment' solution introduced by the Patent Office.

Background – The requirement to pay annuities

The payment of annuities in the UAE is dealt with by Article 14 of the UAE Patent Law (Federal Law no. 17 of 2002).  In particular, Article 14 provides that:

"Annuities for patents and utility certificates must be paid at the beginning of each year, starting from the year in which the application was filed…" [Emphasis added]

In addition, Article 14 states that:

The Patent Law contains equivalent provisions for designs – an annuity payment is required in order to maintain an industrial design.

Until recently, UAE Federal Decision No. 9 of 2015 (Decision 9/2015) set out the official fees to be paid to the various departments of the Ministry of Economy, including the annuity payments to be made to the Patent Office.  For example, the second year annuity payment to be made in respect of a patent, utility model or industrial design filed by a company was AED 800 (which is equivalent to approximately USD 220).

However, on 4 July 2019, UAE Federal Decision 51 of 2019 (Decision 51/2019) was issued, which repealed Decision 9/2015.  Decision 51/2019 also set out a new list of official fees to be paid to the various departments of the Ministry of Economy, including the Patent Office.  Decision 51/2019 does not include any figures for annuity payments in relation to patents, utility models or designs.

This has provided the Patent Office with a conundrum as to how to enable applications to be maintained (through the payment of annuity), while not being able to accept any payment.

The Patent Office's systems are now fully functional again, and the solution reached by the Patent Office is to require applicants (or their local agents) to log-on through the Patent Office's online portal in the normal way in order to process an annuity payment.  This includes, at the end of the process, a final step of clicking on a "Pay" button.  At that stage, the Patent Office notifies the applicant / agent that the annuity has been paid, with the amount of the payment being confirmed as AED zero.

This approach by the Patent Office is both pragmatic and positive in that it means that a zero-value 'payment' can be made on an annual basis in order to avoid a patent, utility model or industrial design lapsing.  Equally, if no interest is registered, the patent, utility model or industrial design will lapse, which will ensure that the register does not become cluttered with unwanted material. 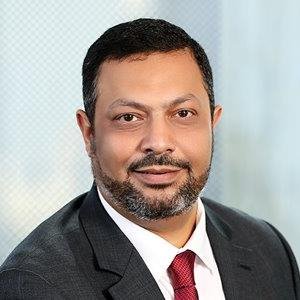