When the tax man calls...

A new piece of legislation, introduced in April 2018, is causing clients in the waste and recycling industry serious tax headaches.

Under the Finance Act 2018, any material that has been dumped at an unauthorised site at any time since 1996, and in place on 1 April 2018, is potentially liable for landfill tax charges at a rate of £90 per tonne.

These amendments were introduced to give HMRC powers to recover revenue from 'illegal disposals of waste' which, had they been made legally, would have been subject to landfill tax.

It is thought that this could raise over £140 million in revenue for the UK Exchequer. The legislation covers:

On the face of it, this sounds perfectly reasonable and an eminently sensible piece of legislation, which HMRC can use to recover genuine revenue owed by criminals flouting the system.

However – and there is always a big 'however' with environmental law!- we are aware that HMRC is actually using this legislation as a basis for investigating a variety of sites which arguably the legislation was not designed for, such as legitimate operators using non-waste materials for construction projects.

Coupled with a 'flat rate' of £90 per tonne in these assessments (compared with £2.90 a tonne landfill gate fee for inert waste and between approximately £20 - £80 for non–hazardous waste), as well as sometimes dubious relevance, this has become a big problem for operators across the sector.

We set out below some examples of the type of sites and operators which we anticipate HMRC may investigate.

Quarry operators sometimes fill voids under Waste Recovery Plans depositing both waste and non-waste, and using processing facilities to ensure that waste is converted to non-waste before it is placed.  HMRC may investigate if it believes that:  (i) the waste has not been processed fully and (ii) the materials remain waste and has all been effectively deposited illegally.

A key point however is that if the Environment Agency (the waste regulator in England and Wales) has taken no action in this regard,  why does HMRC think it can determine whether the materials are waste or not?

Quarries often contain huge volumes of material, some up to 100,000 tonnes, which if HMRC does assess as waste, any landfill tax assessment will be eye-watering and may potentially close the business.

Noise bunds are often constructed using non-waste materials, or materials which have reached end-of-waste status.  If HMRC believes such materials are waste however, and that they ought to have been landfilled, they would be likely to issue an assessment to landfill tax close to a million pounds, given the size of most noise bunds.

Bunds are sometimes constructed using exemptions from environmental permitting.  If the exemption is breached, and the operator convicted for depositing waste, HMRC may have an easy case to assess; that is to say, if a Court has found an operator guilty of depositing waste illegally, it follows that HMRC will take the view that it ought to have been subject to landfill tax.

A fine in such a case would likely be modest for a small business, as the Sentencing Guidelines for environmental offences are partly based on turnover of a business, or ability to pay for individuals.  An HMRC Order however is not based on such criteria and is an absolute rate of £90 per tonne.

Whilst a Court fine may be relatively small therefore, a looming HMRC assessment would actually cause the business much more serious problems.  Once an assessment is received it is left to the operator to argue the case.

Importation of soils on wet ground

Soils are often used to build up wet ground for farmyard works and equestrian activities in low lying land.  Quantities can be in the region of 25,000 tonnes, which equate to an Order of just over £2million if HMRC says it is all waste.

There are some caveats or exceptions to this rather harsh sounding legislation.  If the activity has / had a valid planning permission in place and is a construction activity HMRC could exercise some discretion and decide that it is not subject to landfill tax.

A similar situation may arise in the landfill sector, and we raise it here as it is also a scenario of which operators should be aware.

HMRC may turn its eyes on permitted landfill sites if it believes that an operator has deposited more waste than the permit allowed, or has reported returns incorrectly.

HMRC may (incorrectly in our view) look to charge landfill tax in relation to:

Companies and individuals operating in this area must now be alive to this HMRC issue.  It may affect past disposals with heavy consequences.  The team at Clyde & Co is equipped to provide advice and representation to assist businesses with matters involving the Environment Agency and HMRC. If you would like to discuss any aspect of this article further, please get in touch with a member of our team at sheregulatory@clydeco.com 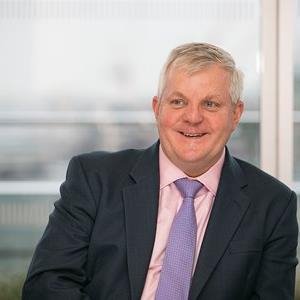