On 11 March 2020 the World Health Organisation declared COVID-19 to be a pandemic. Since then COVID-19 has spread globally at an alarming rate, and cases of COVID-19 have been reported in almost all countries in the world.

Africa has not been spared and the first reported case was on 28 February 2020, when the Nigerian Federal Government reported the first confirmed case of COVID-19 in  Africa.  Since then confirmed cases have been reported in most African countries, including Sub-Saharan Africa. The worst effected country in this region being South Africa, with 709 reported cases and a 21 day lockdown period which is set to begin on midnight Thursday 26 March 2020.

In an effort to halt the spread of COVID-19, countries across the globe have implemented unprecedented restrictions on travel and social interaction.  Governments across sub-Saharan Africa have also taken drastic measures, such as border closures, bans on international flights, mandatory quarantines and, in some countries, lockdowns.

Our previous article on this subject  addressed ways in which parties to a FIDIC based construction contract could protect their commercial positions as a result of the COVID-19 outbreak. This article addresses the implications on infrastructure projects procured under the NEC3 Engineering & Construction Contract ("ECC").  NEC3 contracts are frequently used on infrastructure projects in South Africa, and they are increasingly being adopted on projects across the continent.

Whilst we have focused on NEC3, the NEC4 contracts (released in 2018) largely adopt the same approach.

The employer may be required to prevent access to the site or impose restrictions as a result of measures to contain the COVID-19 outbreak – particularly if a lockdown is imposed.  Clause 60.1(2) of the ECC, allows the contractor to claim a compensation event if the employer does not allow access to and use of a part of the site by its access date or the date stated in the programme.  However, whether a government ordered shut down will constitute a compensation event is currently a subject of debate. This will likely depend on the specific actions and restrictions imposed by government, and ultimately each case will have to be assessed on its own merits.

Under the NEC3 ECC, contractors are required to obey any instructions given to them by the project manager, however, clause 60.1(4) states that if an instruction from the project manager is to stop or not start work, then the contractor may be entitled to claim a compensation event.  Given the likelihood of interruptions to infrastructure projects, all parties should be mindful of any communications that could amount to an instruction to stop work. Similar to the position with clause 60.1(2) relating to access to site, it is debatable whether an instruction to stop work, pursuant to a government notice to do so, will constitute a compensation event. Once again this will likely depend on the restrictions imposed by government and each case will have to be assessed on its own merits.

Events which stop the contractor competing the works (Clause 60.1(19))

The most likely clause to give rise to a compensation event as a result of the COVID-19 outbreak is set out in clause 60.1(19).  Under this clause, the contractor can make a claim if an event occurs which:

These principles would likely apply where sites are closed as a result of governments issuing instructions to cease work, although parties should be wary of the foreseeability test.

Contractors could argue that the COVID-19 outbreak is so unprecedented as to mean an experienced contractor would have judged it as having such a small chance of occurring that it would have been unreasonable to have allowed for it.  For the most part this argument is likely to be successful, but in countries where there have been outbreaks of serious diseases in recent years, employers may argue that the contractor should have made due allowance for such a risk.

However, this argument may not succeed for contracts which have not yet been awarded and which are still at tender stage. In these cases   contractors should consider this provision further – given the global scale of the virus and the widespread media coverage it would be difficult for any contractor to argue that the effects of the outbreak have such a small chance of occurring that they could not make allowances for it prior to entering into a contract.

Another important aspect to be aware of is the likelihood of emergency legislation being invoked in many jurisdictions to deal with the outbreak. South Africa for example has declared a state national disaster and a lockdown to be enacted in terms of the Disaster Management Act.

Given the likelihood of emergency legislation to deal with the outbreak, contractors may be entitled to relief, but only if they have chosen Option X2. Option X2 provides for a change in the law of the country in which the site is located to be a compensation event..  If the parties have not chosen Option X2,  the contractor will not be entitled to an extension of time or additional money as a result of the change in law.

Therefore contractors should check the contract carefully to see if Option X2 has been incorporated.

Even if a contractor has an entitlement to relief under an NEC3 ECC as a result of the COVID-19 outbreak, it will need to carefully follow any procedures set out in the contract for bringing a claim to ensure it does not forfeit the right to claim additional time or money.

The NEC3 ECC, contains obligations to issue early warning notifications  as well as claim notices and contractors should be careful to comply with both procedures.

Under clause 61.3 of the NEC3 ECC, the contractor is required to notify the project manager within 8 weeks of becoming aware of an event which has happened or which it expects to happen as a compensation event.  If the contractor fails to provide such notice, the contractor will not be entitled to an extension of time or additional money.

To err on the side of caution, contractors should consider giving an early warning notification as well as notices under clause 61.3 as soon as possible and in order to avoid any time barring defences.

The implications of the COVID-19 outbreak are unprecedented and the global economic effects will be felt for some time.

Infrastructure projects can be particularly vulnerable to market instability and restrictions on labour, materials and movement.

We advise parties to construction contracts to carry out a careful and wide ranging review of the terms of their contracts in order to determine the rights of both parties in relation to extensions of time, and entitlements to additional costs, particularly if the underlying standard form entitlements have been amended.

Please contact us if you have any questions or would like our assistance in reviewing your contractual rights and obligations. 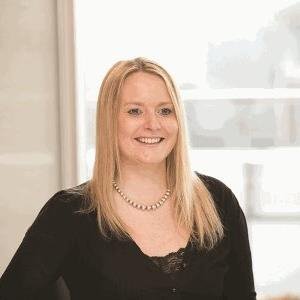