The Secretary of State for Business, Energy and Industrial Strategy, Alok Sharma, has announced that the government will be introducing a number of changes to the insolvency regime in England & Wales as part of its response to the COVID-19 outbreak.

Whilst the announcement was made on 28 March 2020, further detail of the changes is not yet available. It is not clear when the new law will be enacted, or how much scrutiny will be afforded to the statutory amendments, with Parliament currently in recess for an indeterminate period. However, as it currently stands, the changes will broadly comprise:

Separately, the Insolvency & Companies Court Judges have moved quickly to (i) adjourn hearings relating to all non-urgent applications made under the IA86 and (ii) move to virtual hearings in relation to all bankruptcy and winding up petitions issued in the High Court. Consolidated procedural guidance is expected to be formalised in a new insolvency practice direction within a matter of days.

The suspension of wrongful trading and the publishing of a new practice direction should be relatively straightforward to implement. What might be more problematic is the new restructuring regime.

The regime that is being proposed is expected to mirror a procedure that was outlined in a government report entitled "Insolvency and Corporate Governance", which was published in August 2018 following a consultation on proposed changes to the insolvency regime in England & Wales.

The main feature of this regime is the ability to obtain a moratorium using an out-of-court process that is overseen by an insolvency practitioner (acting as a "monitor").

Introducing a new regime in the current circumstances could take some time. The procedure was conceived during vastly different economic circumstances and its implementation would usually require Parliamentary scrutiny.

A House of Commons briefing note that was put into circulation on 31 March 2020 refers to the possibility of "cross-class cram down" provisions being introduced in addition to the changes referred to above. Cram down is the implementation and imposition of restructuring proposals, even though a minority group or class of creditors or shareholders has voted against them.

Whilst cram down provisions were envisaged as part of the government's 2018 proposal, it was not mentioned by the Secretary of State when he outlined the proposed changes on 28 March 2020, nor was it mentioned in the government's report of his speech. It is therefore unclear whether it is intended for this measure to form part of the new legislation.

Whilst it will not be possible to require directors to contribute to an insolvent estate for losses caused (1 March 2020), the practical consequences of this change may not be that significant.

The existing case law on wrongful trading already provides protection to directors in circumstances where unforeseen economic events have a profound effect on the market in which the company in question operates. The court held in Nicholson v Fielding1 that directors "cannot be criticised for not predicting [the] full effect [of] an uncertain financial world", particularly when the duration of the economic downturn cannot be projected.

Even without the proposed suspension, therefore, it is difficult to imagine circumstances in which an officeholder would consider bringing a claim pursuant to section 214 IA86 at present, unless the financial difficulties for the business began some time prior to the COVID-19 outbreak and are completely separable from it.

Further, whilst wrongful trading is to be suspended, the various directors' duties codified by the Companies Act 2006 will remain in force, as will other provisions in the IA86 that create causes of action for claims such as preferences, transactions at under value and transactions defrauding creditors. It is likely that the same conduct and circumstances which would (ordinarily) give rise to a claim for wrongful trading would also give rise to claims for breach of duty.

The proposed suspension may not, therefore, give directors much (if any) additional protection from personal liability than that which already exists.  It is imperative that directors continue to properly consider, in regular board meetings, and document their decisions whilst trading, citing (where relevant) details of advice received from professionals prior to decisions being made.

If, as is expected, the new process brings into effect the government's August 2018 proposals, this would amount the most significant change to the range of insolvency procedures available in this jurisdiction for well over a decade.

There are a lot of questions to be answered in relation to the details of the proposed regime, drafted at a time of comparative economic prosperity in the UK, which it is now intended should be introduced in the middle of an economic crisis.

Whilst the political and economic aim of ensuring companies have the necessary breathing space to survive the current circumstances is clear, a balance will need to be struck between (i) protecting companies in financial difficulty with the use of a moratorium, and, conversely (ii) protecting creditors in the supply chain. The points made below are based on the assumption that the new law reflects the August 2018 proposals.

B) Role of monitor/directors during moratorium

The company’s directors remain in control of its operations during the moratorium, with the role of the monitor limited to those functions that are necessary to support the integrity of the moratorium process and ensure creditor interests are protected. The monitor will be responsible for:

A monitor will have powers to request, and the directors will be under a duty to provide, any information from the company they may reasonably require in order to satisfy themselves that the eligibility tests and qualifying conditions are met at the commencement of the moratorium and throughout.

Whilst suppliers will be required to continue to supply the company in question, there will be no requirement for either the directors of the company or the monitor to provide any form of personal guarantee as regards payment by the company (which administrators would have to give in an administration situation as a condition of continued supply).

During the period of the moratorium, suppliers would be precluded from relying on termination clauses triggered by the counter-party's insolvency.  However, suppliers will retain the ability to terminate contracts on any other ground permitted by the contract, including:

In addition (i) a supplier would not be required to continue or renew a supply contract if the contract was for a fixed term that expires during the moratorium or subsequent insolvency process and (ii) a supplier would be able to apply to court to terminate its supply on the grounds of 'undue financial hardship'.

On the second point, in assessing the application, the court will weigh up the prospect of the supplier itself entering insolvency by continuing with its supply against the effect of the termination of the supply on the debtor company and its prospects of rescue. Given that it is (at least as the proposed law was originally envisaged) a condition of the moratorium that the company can continue to meet its ongoing obligations, it is difficult to see how suppliers will be able to make a successful application in this regard.

Further, it is difficult to see how, in the current climate, a court application could be heard quickly enough to resolve a situation where the supplier believes it would be placed under undue financial hardship to continue to supply goods or services.

In addition to being able to terminate contracts on grounds other than insolvency, suppliers continuing to supply will have 'super priority' status for all supplies made during the moratorium period in the event that the company later goes into a formal insolvency process.

In addition to the Secretary of State's recent announcement, the courts and other professionals have begun to produce guidance covering changes to procedural matters as a result of COVID-19.

As stated above, a new practice direction is due imminently. At present, we understand as follows:

As the law currently stands, to place a company into administration, certain documents need to be sworn. We anticipate that the process for the appointment of a monitor will be similar.

In circumstances where solicitors and other professionals are all currently working remotely, the requirement to swear documents raises procedural difficulties. However, a suggested procedure for administering oaths remotely has been outlined by Practical Law.

The contrasting approach in this jurisdiction

The Secretary of State's announcement follows a number of significant changes to insolvency law that have been effected (or are being debated) in other jurisdictions such as Germany, France, Spain, and Australia. In some cases, the approach taken differs considerably from what we have seen proposed in England & Wales.

In Australia, for example, the ability of creditors to enforce an unsatisfied statutory demand has been removed altogether in relation to debts lower than AUD 20,000. For all other debts, there is a six month period in which no formal action can be taken following service of a statutory demand. There has also been a six month suspension of the law on wrongful trading.

Our view is that, taken together, the steps taken in Australia give rise to a risk that there would be very little incentive for parties to meet their payment obligations in contracts. In turn, this could lead to parties refusing to supply goods and services.

The fact that the UK Government has (so far) stopped short of proposing to suspend or restrict the ability to issue winding up and bankruptcy petitions, coupled with courts in England & Wales continuing to hear petitions, is quite different from the approach in other jurisdictions (albeit it is difficult to predict at this stage how sympathetic courts will be on the hearing of petitions).

The proposed introduction of a new restructuring law is clearly well intentioned and designed to protect businesses that would have had no serious financial difficulties, but for COVID-19. However, the original government proposals envisaged a restructuring procedure that would apply to businesses that were (i) not actually insolvent under traditional cash flow or balance sheet tests and (ii) operating in very different economic conditions from those resulting from COVID-19.

It is not known how long the drafting and consultation will take in respect of the new law: striking a workable balance between protecting a business that utilises the restructuring process and the interests of its suppliers will be crucial. 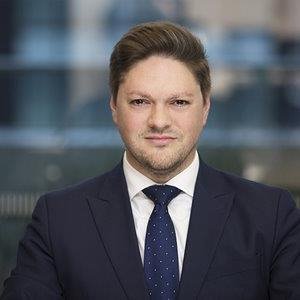 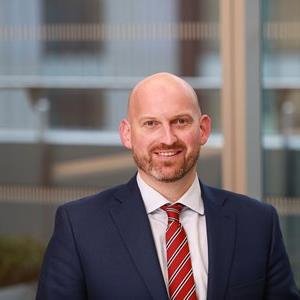 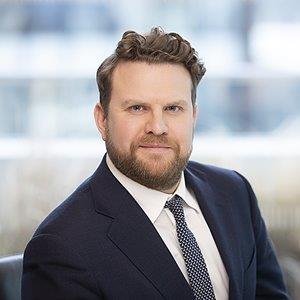