The underestimated risks of decommissioning

The primary focus on the risks associated with decommissioning is often on the complex offshore dismantling operations going wrong and the associated cost overruns which may result. However, an operator's liabilities for decommissioned assets do not end once offshore structures have been removed from the seabed. These ongoing responsibilities can, as has been demonstrated by some recent high-profile examples, lead to significant financial liability and reputational damage.

Decommissioning of assets from the UK Continental Shelf ("UKCS") is regulated by both domestic and international law, policy and obligations.  The Petroleum Act 1988 (as amended) implements the OSPAR Convention and imposes a duty on operators to remove all offshore installations from the seabed.  In the course of doing so, operators have a duty to submit and agree a decommissioning and abandonment programme with the Secretary of State for Energy, and ensure that this programme is carried out.

The relevant programme must consider the possibility for reuse and/or recycling and the operator must ensure that any subsequent buyer has a programme for the proper recycling and disposal of any materials.  This is important in view of the fact that offshore installations, in particular, FPSOs (floating, production storage offloading units), often contain large quantities of hazardous substances such as trapped gas, asbestos, residual oils and fuels, mercury and Naturally Occurring Radioactive Material ("NORM"). Wwithout careful disposal and recycling with proper equipment and safety protection, such disused materials can give rise to significant health and environmental risks.

As a result of these risks, the improper disposal of materials can cause significant reputational damage.  In particular, there have been some recent well publicised examples of operators selling FPSOs to cash buyers who dispose of them unsafely, such as the North Sea Producer FPSO ending up in Bangladesh after it was sold by Maersk and Odebrecht.  Additionally, in the case of the Schiehallion FPSO, BP sold the FPSO on the understanding that it would be put back to work and included careful provisions in the Sale & Purchase Agreement to ensure that the eventual scrapping or recycling would be conducted in accordance with industry practice.  However, this did not protect BP from the reputational impact of the FPSO being sent, in breach of these provisions, to Alang shipbreaking yard in India, which is notorious for the unsafe disposal of vessels and materials related to the oil and gas industry.

The Basel Convention on the Control of Transboundary Movements of Hazardous Wastes and their Disposal together with the Basel Ban Amendment to the Convention, which came into force in December 2019, prohibit all export of hazardous wastes, including ships from the 29 wealthiest countries of the Organisation of Economic Cooperation and Development ("OECD") to non-OECD countries.

The EU had already effectively implemented the Basel Ban Amendment before it came into force and the complicated EU regulatory framework specifies, broadly speaking, that an operator can remain liable for the illegal disposal of offshore waste even after the sale has taken place.  Therefore, although an operator may consider a cash buyer of an asset to be an appealing alternative to expensive disposal methods, it should be noted this approach carries significant financial as well as reputational risk.

Whilst all trace of offshore assets must be removed from the seabed, it is not always possible to achieve full removal and certain derogations can be granted by Offshore Petroleum Regulator for Environment and Decommissioning ("OPRED") on a case by case basis.  Such derogations, which are not considered permanent, are typically only granted in respect of the concrete footings of platforms which arguably would cause more environmental disruption were they to be removed than if they were left in situ.

However, any property left in situ gives rise to the ongoing risk of potential third -party damage, pollution and possible maintenance obligations.  The most obvious example of the risk of future liabilities is in respect of wells which have been plugged and abandoned (P&A).  Whilst the P&A methods used in the UKCS are traditionally robust, the possible failure of barriers with resulting pollution liability and control of well costs is a perpetual risk.

Insurance solutions are not obvious

The spectrum of liabilities covered in this article may not be the typical risks which spring to mind first in the context of offshore decommissioning. However, they are very real risks which require careful assessment by underwriters.  Fines and penalties that might be levied under the regulations highlighted above would not be covered under traditional liability coverages, but there is scope for there to be a liability to pay damages, which could potentially be recoverable.

An additional concern for energy insurers is the long -tail nature of these liabilities. Oil and gas operators buy insurance to protect their balance sheet, which extends to protecting against liabilities that can arise during and after the decommissioning of their offshore assets. But, there are tangible difficulties inherent in continuing to declare and pay premium in respect of assets which have long since been decommissioned, where the operator may have no ongoing interest in a particular field or, perhaps, even the jurisdiction.

There are no easy answers, but the risks of disposal of hazardous waste and other perpetual liability exposures are significant risks which should not be underestimated either by operators, contractors or their insurers.

A similar article was previously published in Insurance Day. 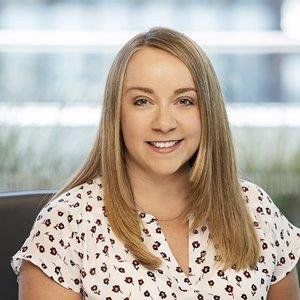