The consequences of failing to comply with document production obligations

Case Commentary Of Barrie v British Columbia (Forests, Lands and Natural Resource Operations). One of the primary obligations of any party to litigation is document disclosure. Pursuant to British Columbia Supreme Court Civil Rule 7-1(1), all parties to litigation must, within 35 days of the close of pleadings, prepare a list of documents listing all documents in their possession or control that could be used by any party to prove or disprove a material fact. This obligation is accompanied by an ongoing obligation to continue to promptly list relevant documents that come to light throughout the litigation.

The document production process can be time-consuming and expensive and can involve the disclosure of hundreds of thousands of documents. This is particularly true in complex construction litigation. Oftentimes it can seem like an overwhelming endeavour, and there is a propensity for even the most experienced litigants to want to put it off. However, document production is best dealt with as thoroughly and as early in the litigation as possible. Failure to provide appropriate document production can attract significant penalties, and in the most serious cases, may even lead to a claim or defence being struck, as was the case in Barrie v British Columbia (Forests, Lands and Natural Resource Operations), 2020 BCSC 10, a recent decision of the British Columbia Supreme Court.

Barrie is a tragic case in which the plaintiff estate claimed against several parties, including the province of British Columbia, in relation to the untimely demise of Andrew Barrie, who died on July 28, 2012 while tubing on the Kettle River. Mr. Barrie was a tourist and went on the tubing trip having no knowledge of the river. He and two other members of his party failed to exit the river at the appropriate time and went over Cascade Falls in their tubes.

The plaintiff argued that the government defences should be struck and judgment on liability should be granted pursuant to Rules 22-7(5) and (6), which provide the court with discretion to do so where a party refuses or neglects to make discovery of documents or refuses or neglects to comply with a direction of the court. The defendants argued that all of the relevant documents had been produced, although it had taken several years. Grand Forks and RDKB had even gone to the expense of hiring an archivist to assist with the production, given their limited in-house resources and the difficulty for them in complying with the document production orders.

The Court analyzed the case law respecting Rule 22-7(5) and set out five principles to consider when determining whether to exercise its discretion to strike a defence or a claim, which had previously been enumerated in British Columbia (Director of Civil Forfeiture) v. Crowley, 2013 BCCA 89  and Breberin v. Santos, 2013 BCSC 560:

The Court found that the overall consideration should be whether, in all of the circumstances, justice requires that the defence be struck.  While it conceded that the desire to address claims on their merits is the preeminent objective of the courts, it agreed with the court in Breberin, supra, which stated at paragraph 65:

At some point non-compliance with the Rules frustrates the pursuit of a just outcome. … The civil justice system is founded upon the assumption that parties will respect court orders, will comply with the Rules and will work together to resolve the claim or bring it to trial for resolution. A just and efficient outcome will not be obtained if one party frustrates its operation.

Ultimately, the Court determined that an order to strike the province’s claim was justified in this case. The province, as the most significant civil litigator in British Columbia, had no reasonable excuse for failing to comply with the Rules of Court for such a long time. It had been given many chances and its lackadaisical approach to document production showed a disregard for the plaintiff’s claim. The Court found that all five factors set out in Crowley, supra were met.

This is a shocking decision for several reasons. Most notably,  the province had actually complied with its document production obligations, albeit very slowly, and still its defence was struck. The determination that the punishment of striking a defence was proportionate to a delay in document production was provided without analysis. The Court was clearly very critical of the province’s handling of the claim and the lack of respect shown by the province to the Rules.

This decision is under appeal and a decision from the Court of Appeal is expected shortly. In the meantime, it serves as a warning to litigants who may not take their document production obligations seriously that failure to do so can, in the most egregious cases, lead to the right to defend against the claims against them being revoked. 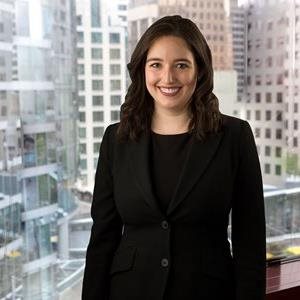