This article is the fourth in a series looking at the impact of Brexit on the construction industry.

In our previous articles in this series we have highlighted summary impacts of the TCA and the withdrawal of the UK from the EU and EEA. As part of these articles we have suggested some practical considerations to be taken into account and, in this article we highlight points to be considered in relation to construction contracts entered into prior to the UK’s withdrawal from the EU and those that have been or will be entered into following the TCA.

Construction Contracts – some things to consider

For the purposes of this article we have taken a broad-brush approach as there are numerous nuances which could apply. As such, and as noted above, we are considering those contracts in existence prior to all announcements, the negotiation period for the TCA and the transition period, together. There will be situations where timing is very important and it will not be so black and white, but we highlight the issues to be considered

to see where, and how, any increased cost as a result of Brexit may be covered (or not).

There have been numerous commentaries from the industry on areas to look at and routes to potential risk mitigation. The two areas commonly discussed are that of a change in law/legislation or force majeure. For these, and other potential arguments we will use the JCT and NEC contracts (using the JCT D&B 2016 and NEC3 ECC) as the basis as they are the most prevalent in the market (at least domestically).

In relation to the JCT D&B 2016 (used as it includes the widest set of standard terms from the suite), the potential routes of argument could include:

For the NEC, specifically under the Engineering and Construction Contract ("ECC") form, the position is largely similar:

As a result of the potential difficulties identified above, it is worth considering what can be done to avoid or mitigate some of these.

If using the JCT contract forms, consider including new Relevant Events and Relevant Matters. For example, these could be amended to expressly provide relief or an entitlement to claim should materials be delayed through customs checks or delays at ports, or a delay in labour resource due to immigration checks, or even availability in the market.

Consider selecting the fluctuations provisions and amending these to track not only the increase in taxes and levies, but also the base cost of the goods. An approach would need to be agreed, and simply linking it to an index or market pricing tool may be insufficient, particularly if the material or plant is highly specialised.

For the NEC, an amendment to Option X1 would need to be made for the equivalent fluctuation effect to the base cost for more than taxes etc. For time relief and cost recovery, consider including z clause amendments to introduce new compensation events or, potentially in combination with, new Employer risks (these could also be noted in the contract data).

Whichever contract form is being used,  it is unlikely to be set up to take into account  the cost increases and delays arising from Brexit going forward, and so changes to terms will need to be made if the risk profile is to be altered.

If amendments to the underlying terms are not possible, for whatever reason, it is then a question as to what risks can be built into the price. 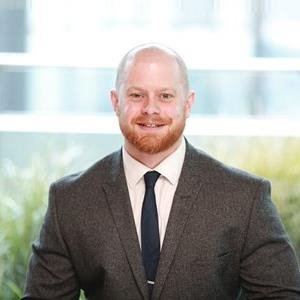