On 16 May 2022, the Johannesburg Division of the High Court handed down a judgment, which explores the test for causation in determining whether the primary or special risks insurer was liable for the losses suffered by the insured.

The case that the judgement is based on is Blackspear Holdings (Proprietary) Limited vs Bryte Insurance Company Limited and Sasria SOC Limited.[1]

Blackspear Holdings (Proprietary) Limited was the owner of earthmoving equipment used in underground mining, which it leased to a company which mined a colliery with it. The mine was flooded through an ingress of underground water which rendered the equipment unsalvageable. Blackspear and its underlying insurer, Bryte, contended that a Sasria peril, namely that of labour unrest, caused the loss, whilst Sasria disputed this. What is important in this context is that the Bryte policy excludes the perils covered by Sasria and the coupon vice versa in respect of perils covered by the Bryte policy. Blackspear proceeded to sue Bryte and Sasria in the alternative.

An understanding of underground mine operations is necessary to contextualise the court’s decision. A commonplace phenomenon in mining is water ingress into the mine shafts from the surrounding landmass. It is essential that this water is extracted by pumps which are supposed to operate non-stop.

The pumps in this particular mine were powered by electricity, but could not be operated without an attendant. The electricity was supplied by a diesel generator, and the generator and the pumps were connected by cables laid out through the shafts.

On 25 June 2016, the workforce who were due their wages were not paid because the mine had no funds to do so. The workers refused to continue working and on 30 June 2016 the mine’s management switched off the generator, which was removed from the mine on 15 July 2016 by its owner who had also not been paid. This is what caused Blackspear’s loss, according to Sasria.

On 30 July 2020, employees who were members of the union AMCU staged a sit-in, and the management was denied access to the shafts. It later became apparent that the behaviour of the workers within the shafts was violent. There was widespread vandalisation of equipment and, most importantly, of electrical cabling. The destruction of the electrical reticulation infrastructure meant that it was impossible to supply power to the pumps. By the time a deal was eventually reached with the workers on 20 September 2016 to pay them in instalments, the mine had been lost to flooding and was not capable of economic rehabilitation. The loss of the mine meant the loss of the equipment.

The main question before the court was: what was the proximate cause of the damage to the insured equipment? Was it the workers’ labour unrest (a Sasria peril) or the removal of the generator (a Bryte peril)?

In considering causation, the court referred to the recent case of Guardrisk Insurance Co Ltd v Café Chameleon CC[2], wherein it was held that:

“The general approach to causation also applies to insurance law. Factual causation is the first enquiry. The diagnostic tool is the 'but for' test, which involves a 'hypothetical enquiry as to what probably would have happened but for the wrongful conduct of the defendant'. ... 'A plaintiff is not required to establish the causal link with certainty, but only to establish that the wrongful conduct was a probable cause of the loss, which calls for a sensible retrospective analysis of what would probably have occurred, based upon the evidence and what can be expected to occur in the course of ordinary human affairs rather than an exercise in metaphysics.' There may be more than one cause or multiple causes giving rise to a claim. In that case 'the proximate or actual or effective cause (it matters not what term is used) must be ascertained . . .'.  Even if a loss is 'not felt as the immediate result of the peril insured against, but occurs after a succession of other causes, the peril remains the proximate cause of the loss, as long as there is no break in the chain of causation'. ...  The enquiry into legal causation usually follows factual causation. It asks whether … the loss is too remote for the factual cause to also be the legal cause. If not, no legal liability may arise.”

The court dismissed Sasria’s argument that the removal of the generator was the cause of the loss because the presence or absence of the generator was irrelevant if there was no electricity or attendant to operate the pumps. According to the court, the key question to ask was who was responsible for the failure to maintain the pumps in operation. The court determined that the vandalism and denial of access rendered the pumping operations impossible which in the chain of causation resulted in the mine being lost to flooding, and not the fact that the generator had been turned off and removed.

The court added that this case is not one where it can be argued that, plausibly, there was more than one cause. The chain of events were unequivocally linked to the workers’ seizure of the shaft, their vandalism and violence, and the subsequent flooding.

In the result, the court found that the cause of the loss suffered by Blackspear was the labour unrest which was a peril for which Sasria was liable. Ordinarily, the test to be applied in cases when determining if a certain peril is covered by Sasria, is whether the cause of the peril is a direct cause. The court did not specify in this case that the labour unrest was a direct cause for the loss suffered. However, given the strong wording used by the court in its reasoning, it seems that the court, whether or not it applied the test consciously, would have in any event come to the same conclusion. Sasria was ordered to pay both Blackspear and Bryte’s costs.

The dominant, effective cause of the loss on these facts was the conduct of the workers and not the removal of the generator, which did not break the chain of causation and we consequently believe that the judgment is sound in these circumstances.

Should you require further information, please do not hesitate to contact Amelia Costa, Ina Iyer and Lee Menachemi. 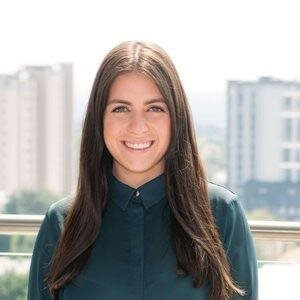