Clyde & Co has released its 2019 Middle-East Deal Study, which shows that both deal volumes and aggregate values have increased since 2017 despite relatively tougher market conditions: deal value is up 57% to USD3.15 billion and the number of deals has increased by 14% to 89 deals. Now in its fourth edition, this annual report observes trends and developments in the mergers and acquisitions (M&A) and joint ventures (JV) market by analysing data from 89 corporate transactions on which Clyde & Co

According to the study, sentiment is cautious but positive and appetite for the right deals at the right price is strong. There is also growing evidence that the market now appears to be becoming more favourable for buyers with more extensive warranties and walk away rights for buyers. Caution remains, however, particularly in relation to pricing structures with completion accounts gaining ground over locked box. Strategic, value-adding moves and defensive plays are both notable features of the market.

Philip O'Riordan, Partner and Head of Corporate – MEA in Dubai, says: “It is clear that in the current climate, balancing the opportunity value against the potential risk is increasingly important for buyers. However, our data points towards a market that has maybe turned a corner with pockets of opportunities for deal transactions across the region in a number of key sectors such as healthcare, education and increasingly tech. The recent spate of mega-deals also highlight the growing maturity of the Middle East M&A market, as successful regional businesses have increasingly come to the attention of major international players".

Data also shows a rise in M&A as JVs declined, with M&A representing 70% of total deals (vs 49% in 2017). Growing confidence in the legal environment and moves to open up foreign ownership may explain why the proportion of M&A deals versus JVs is up. JVs were also more likely to be true partnerships involving balanced business combinations rather than “structures of convenience”. While the long-term "exclusive commitment" JV model is attractive for Middle East market players, it has tended to be less popular with international brand owners used to greater flexibility.

Overall, building on our 2017 findings, the DIFC continues to be the most popular dispute resolution forum for M&A and JV deal makers, with DIFC/LCIA arbitrations gaining ground to become more established and reliable for resolving disputes in the region (up 10% vs 2017).

In terms of sectors, Healthcare led the way with the highest levels of deal activity as population growth and rapid technological change spur innovation and investment, followed by manufacturing and education. Meanwhile oil & gas market turbulence in recent years has created opportunities for strategic acquisitions, consolidation and collaboration in energy. Tech is also one of the sectors to watch and is expected to be a major driver of growth, as it forms a significant plank of several Smart City initiatives and national development plans across the region.

Naji Hawayek, Partner and Healthcare Lead - Middle East, comments: "As the population increases and more facilities are required, the healthcare sector in the region is forecast to expand by nearly 40% by 2022 according to recent reports. There is real appetite from investors, including international private equity houses, to get a slice of the action. Looking ahead, the use of AI and robotics is on the horizon, creating potential to transform the healthcare sector even further".

Clyde & Co has forged a reputation as a go-to firm for M&A and JV transactions, with the largest corporate practice in the Middle East with 25 partners and over 70 experienced lawyers. As one of the region's few genuine full-service firms, Clyde & Co acts as a 'one-stop shop' and advises on a number of significant acquisitions and divestments for listed companies, private equity firms and international and domestic investors. It has assisted clients in realising their investments, gaining access to new markets and achieving their corporate objectives for more than 30 years in its key focus sectors.

Clyde & Co has the largest presence and is one of most experienced international law firms in the Middle East with over 45+ partners and 400 staff, based full time in Abu Dhabi and Dubai in the UAE, Doha in Qatar, Muscat* in Oman and Riyadh in Saudi Arabia, providing a full-service commercial offering of local specialists across most business sectors and practice areas.

Register for a full copy of the report 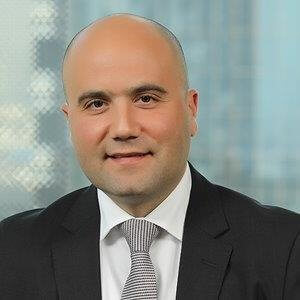 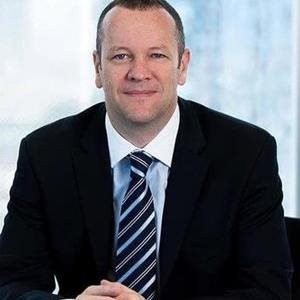