In the recent decision in Joyce Whitfield v Revenue & Customs Commissioners [2016] UKFTT 685 (TC) the Tribunal considered that inflexible and disproportionate behaviour by a party's legal representative, which resulted in a hearing having to be adjourned, warranted an award of wasted costs.

The Tribunal's comments will be instructive also for cases conducted under the Civil Procedure Rules ("CPR"). Further, they serve as a useful reminder that parties to litigation are under a positive duty to assist in promoting the overriding objective and both they and their legal representatives can be penalised in costs if this duty is breached.

Where a legal representative has behaved in a manner that is improper, unreasonable or negligent in the conduct of proceedings, there is statutory power (section 51(6) of the Senior Courts Act 1981) for an order to be made against that representative for the costs incurred by a party (including the legal representative's own client) as a result of that conduct. The court also has an inherent jurisdiction to make such orders. These costs cannot be passed on as a charge to the client.

In the Whitfield case, which was an appeal against a tax assessment, a directions order had been made under which the parties were required to provide lists of documents to each other on 26 February 2016. HMRC's documents were sent to Mr Jones, the legal representative of the claimant, Mrs Whitfield, three days late. On receiving the relevant letter, Mr Jones opened the envelope and appreciated  what the documents were, but did not read them and instead returned them to HMRC "because they were late". As the documents were highly relevant to the proceedings and in the absence of any compelling reason to rule otherwise, the Tribunal subsequently directed that the documents should be admitted into evidence. However, as Mr Jones had not read them, it was necessary to grant an adjournment of his presentation of Ms Whitfield's case, to allow him time to consider the documents. In the circumstances, the Tribunal considered it was appropriate that Mr Jones should pay HMRC's wasted costs of the adjourned hearing.

In reaching its decision, the Tribunal had regard to the overriding procedural objective to deal with cases fairly and justly (contained in the Tribunal Procedure (First-tier Tribunal) (Tax Chamber) Rules 2009). Under Rule 2(4) the parties have an obligation to help the Tribunal to further the overriding objective, and Rule 2(2) explains that dealing with a case fairly and justly includes acting in ways which are proportionate to the importance of the case, avoiding unnecessary formality and seeking flexibility in the proceedings. The Tribunal considered it was not proportionate for Mr Jones to have opened an envelope, seen what it contained and yet to have returned the contents to HMRC unread, just because the documents were received a few days late. This behaviour was not flexible and failed to avoid unnecessary formality. The adjournment would not have been necessary had Mr Jones not adopted this approach.

Although the relevant provisions in Part 1 of the CPR concerning the overriding objective are not drafted in identical terms to the Tribunal Procedure Rules, they contain materially the same language: i.e. cases are to be dealt with "justly and at proportionate cost" and "expeditiously and fairly" (CPR 1.1) and the parties are required to help the court to further the overriding objective (CPR 1.3).

Every indication is that a breach of the duty in the CPR to help the court to further the overriding objective may also be met with costs penalties being imposed in appropriate cases, including wasted costs orders against a party's legal representatives. See for instance Albon v Naza Motor Trading Sdn Bhd [2007] EWHC 2613 (Ch), Denton v White Ltd [2014] EWCA Civ 906 and in particular Davies v Forrett [2015] EWHC 1761 (QB). 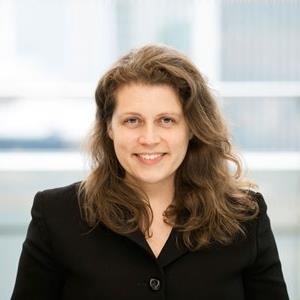