On 30 November 2016, the Supreme People's Court of the PRC published Minutes of the 8th National Court Trial Work Conference on Civil and Commercial Matters – Part of Civil Matters (The Minutes). The Minutes came into force on the same day of publication.

The Minutes offers effective guidance for courts at all levels and is aimed at protecting the legitimate rights and interests of various civil subjects and promoting the sustainable and sound economic and social development.

In this update we focus on two specific provisions in the Minutes which relate to employment law matters, specifically, the payment of damages for breach of a non-compete obligation and unilateral termination of an employment contract by an employer.

The significance of the Minutes for employers

In China it is reasonably common practice for employers to include a non-compete provision in any employment contract prohibiting an employee from working for a competitor for a specified period of time after the employment contract has been terminated for any reason.   In such cases, the parties can agree on the damages that should be paid by the employee in the event he or she breaches the non-compete provision.  In some cases, however, the damages fixed under the contract might not be proportionate to the actual loss suffered by the employer.  They may either be too little to cover the employer's actual losses (in which case, the employer may lose out) or, perhaps more commonly, be significantly in excess of the employer's actual losses, if any (in which case it is the employee will be penalised).

Article 28 of the Minutes provides that "where a party applies for adjustment of the sum of penalty for breaching the non-competition obligation agreed in the employment contract on the basis that it is significantly higher or lower than the actual losses, the People's Court shall make a ruling according to Article 29 of the Interpretation II of the Supreme People's Court of Several Issues concerning the Application of the Contract Law of the People's Republic of China. "

Article 29 of the said Judicial Interpretation accordingly gives the Court a discretion to adjust the contractual damages up or down to match the employer's actual losses. Pursuant to rules laid out in guiding cases issued by the PRC Courts, if the damages agreed on by the parties exceed the employer's actual losses by 30% or more, they shall be deemed as “significantly higher than the losses incurred” and should be adjusted down. Employers wishing to include such clauses in their employment contracts accordingly need to ensure that they are a genuine estimate of the losses that are likely to be sustained by the employer in the event of a breach of a non-compete provision (so far as that is possible) rather than simply a penalty imposed on the employee as punishment for breach.

Accordingly, Article 29 clarifies that in an unjustified dismissal scenario the employee has a choice of either reinstatement or monetary compensation (which under the PRC Labour Law amounts to two times the employee's average monthly salary for each year of the employee's employment).  As neither of these outcomes is particularly satisfactory, employers need to take care when dismissing employees on the grounds of incompetence that they have provided the requisite degree of training and have solid evidence to justify the dismissal.

The links to the full China newsletter (April 2017 edition) and other articles in this newsletter can be found below: 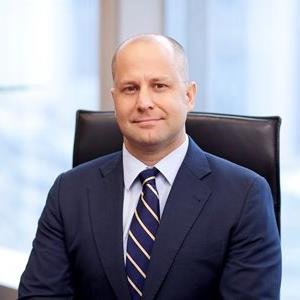