The wheels of justice in construction claims for payment

When you are owed money for construction work or services, there may be potentially valid reasons for payment not to be forthcoming, such as the existence of a bona fide dispute concerning alleged deficiencies or delays, or there may be no legitimate justification for non-payment.

In either scenario, it may be necessary for a construction creditor to pursue legal action in an effort to obtain payment.

An unpaid creditor who is forced to sue for its money always wants to obtain, as soon as possible, a judgment capable of being executed on against the debtor. However, the rules of civil procedure do not always lend themselves to achieving resolution of a claim as quickly as the creditor would like. This is usually not due to any lack of diligence by the creditor’s lawyer.

In British Columbia, any claim for more than $35,000 must be prosecuted in the Supreme Court of British Columbia, which is also the only court in which a builders lien can be enforced, regardless of amount. The procedures of the Supreme Court are more complicated and time-consuming than those in the Provincial Court (Small Claims), and are intended to protect the interests of all parties to a litigation, including defendants. Unfortunately, this means that they are also capable of being used by a debtor to postpone the day of reckoning with respect to a payment claim.

When a legal action is commenced and the Notice of Civil Claim served on the Defendant or Defendants, they have 21 days to file a Response to Civil Claim. The latter pleading summarizes their defences, which sometimes tend to be creative rather than being definitely capable of proof.

It can usually be expected that a lawsuit will proceed through the pleading, discovery of documents and examination for discovery stages to full trial with witnesses. Depending on the scale and complexity of the case, with construction disputes tending toward relatively greater complication, the estimated time necessary for trial may mean that it will not be able to be scheduled to take place until a year or more after the action began. Further, a trial judge will in most cases reserve judgment and take some time after trial to deliver his or her reasons for judgment. If judgment is given in favor of the Plaintiff, there is then the possibility that a Defendant will appeal the decision.

Unless the dispute can be resolved short of trial by mediation or other settlement procedure, the only shortcut to full pre-trial procedures and trial will be if the claim is sufficiently straightforward that it can be decided on the basis of affidavit evidence in a summary judgment or summary trial application made to the court by the Plaintiff following the close of pleadings. While the possibility of such a resolution is attractive to any plaintiff, a summary application is only likely to succeed in clear cases which involve relatively simple evidence. Again, many construction claims involve complicated legal issues and/or voluminous documentation which make their summary resolution unlikely or uncertain.

Those procedural realities are often difficult for unpaid creditors to accept in the face of their usual strong belief in the simplicity, and confidence in the merits, of their cases and in the questionable merits of the defences pleaded by their debtors.

A further critical concern which looms behind any claim for payment is whether the debtor will possess assets capable of satisfying any judgment obtained.

If nothing else, it should be clear that a construction creditor faced with a debtor’s failure to pay cannot be certain that the procedures of the civil law will operate to resolve the claim for payment as quickly as the creditor would like. 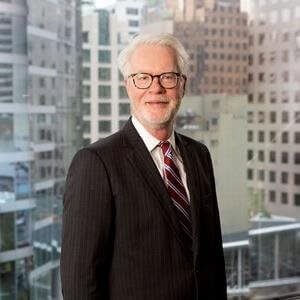