The Supreme Court has ruled that disclosure of an individual's rape acquittal within an Enhanced Criminal Record Check for a teaching position was reasonable, proportionate and no more than necessary when considering the protection of young and vulnerable parties.

The Appellant (AR) was accused of rape whilst working as a taxi driver. He was subsequently tried and acquitted in January 2011. Following his acquittal, and as part of his application for a role as a lecturer, he applied for an Enhanced Criminal Record Certificate (ECRC).

The ECRC was issued in March 2011 with details of the rape charge and confirmation of his subsequent acquittal. AR objected to this disclosure on the basis that there had been no actual conviction. Furthermore, he stated that "the disclosure fails to provide a full account of the evidence given and how the jury came to its conclusion."

The disclosure was upheld by the officer who was responsible for the initial decision in May 2011, and a further appeal was made to Greater Manchester Police's (GMP) Information Governance Unit.  This appeal was rejected.  The GMP panel considered a memorandum which "recognised that disclosure would have an impact on AR's human rights."

In March 2012, AR applied for a second ECRC in connection to an application for a licence to work as a private hire driver.  The ECRC was issued with the same information.

AR's proceedings for judicial review were dismissed in the High Court. The Court of Appeal subsequently held that the information contained in the ECRC involved no breach of AR's rights under the Human Rights Act and European Convention on Human Rights, specifically, the presumption of innocence under Article 6.2 or right to respect for private and family life under Article 8.

Permission to appeal to the Supreme Court was given solely in respect of the application of Article 8.

Giving the leading judgment, Lord Carnwath stated that "a reasonable employer would have been expected to want to ask further questions and make further inquiries before proceeding with an offer of employment."  The seriousness of the alleged offence, the position being applied for and the recent nature of the acquittal, were all deemed significant.

The Court found that whether under domestic law or under Article 8, it was not necessary or appropriate for those responsible for an Enhanced Criminal Record Certificate to conduct a "detailed analysis of the evidence at the trial".  The task of the officer responsible for issuing the ECRC was "to identify and disclose relevant 'information', not to make a separate assessment of the evidence at the trial".

It was held that that the information about the acquittal was a matter of public record, and could have been expected to have come to the attention of the prospective employer from other sources. 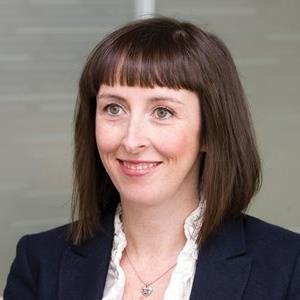