In another successfully defended claim (Mrs Petrena Mary Keane –v- Mr David R Tollafield (2018)), brought against a podiatric surgeon on the basis of invalid consent, Richard Manstoff of Clyde & Co's healthcare team tested what is meant by 'dialogue' with a patient following the Montgomery case, and what weight should be given to a signed consent form which lists the relevant risks.

In this case, and in the context of surgery to her foot for a bunion and Morton's neuroma, the claimant alleged that Mr T had failed to discuss with her:

The claimant's case was that had the defendant provided adequate information she would have delayed the surgery, and the CRPS/chronic pain from which she suffered following the surgery would not have arisen, as it was unlikely to have eventuated if surgery was carried out at a different time (following the case of Chester v Afshar).

The defendant's position on breach of duty was resoundingly accepted by the Judge, not least where the claimant's oral evidence was to accept that the relevant matters had been discussed with her by Mr T, albeit 'fleetingly'.  The Judge found that to be an unacceptable change of evidence given the clear and unequivocal witness evidence of the claimant and her husband that those matters had never been mentioned or raised by the defendant 'at all'.  Indeed, that dramatic change of evidence as well as video surveillance evidence led the defendant to seek a finding that the claimant was fundamentally dishonest.  In the event, the Judge found the claimant and her husband to be unreliable, but not dishonest witnesses.

However, of note, the Judge focused on the following constituent parts of the 'consenting process':

Similar to many prior judgments in clinical negligence claims, the Judge acknowledged the defendant's significant experience and standard practice in the context of having performed over 3,500 bunion operations and 300 neuroma operations.  The Judge noted:

'In the circumstances, it is not surprising that the defendant had limited personal recollection of his consultations with the claimant and so was largely reliant on what was his standard practice and what was recorded in his clinic notes.'

The Judge rightly accorded due weight to a clinician's standard practice where it is impossible for an individual to remember in any significant detail the vast majority of patient interactions over many years.

Crucially however and in respect of the consent form, the Judge found as follows:

'In my view, the defendant was not the type of professional who would have failed to ensure that an accurate record was made in the consent form of what risks were discussed with the claimant during the third consultation.  Indeed, it would have been extraordinary for the defendant to have specifically listed in the consent form, which was completed in the presence of the claimant and then signed by her, the risk of CRPS, if there was no discussion over that risk;'

He went on to add further:

'In the circumstances, if the defendant did not himself raise the risks of complications arising from surgery, it is incredible that the claimant and/or Mr Keane, who are clearly articulate and intelligent people, would not have raised it themselves and sought clarification.'

Accordingly, although, without more, a consent form signed by a patient is unlikely to be determinative of valid consent, it is certainly a presumption from which any defence of a consent claim should begin. Supplementing any such consent process with relevant leaflets/literature is a quick and easy way to further inform patients and to ensure that full and valid consent is obtained and evidenced.

Whilst there will inevitably be further claims arising from allegedly invalid consent, the lessons learned in this case may help to reduce their number. 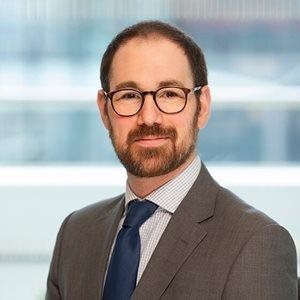