Secondary legislation enacted allowing restoration of dissolved companies by their liability insurers to the register without the restoration being time limited.

The Government has approved the introduction of the Third Parties (Rights Against Insurers) Act 2010 (Consequential Amendment of Companies Act 2006) Regulations 2018 ("the Regulations").

Operational from 23 November 2018, the Regulations benefit insurers pursuing subrogated claims on behalf of dissolved companies, where that company had a liability for third party personal injury damages, and the insurer wishes to pursue a contribution from other liable parties.

Insurers will no longer be time limited in their right to restore these dissolved companies to the register, enabling recoveries against third parties to be brought at any time, subject to the limitation period for contribution claims.

Under the previous Third Parties (Rights Against Insurers) Act 1930 ("the 1930 Act"), if a claimant wished to pursue a claim against a dissolved company - and by extension, its liability insurers - the claimant was required to restore the company to the register.

These changes were welcomed, yet there remained a specific loophole detrimentally affecting insurers, which the Regulations closed.

However, where the personal injury was caused as a result of exposure to asbestos in particular, the company may have been dissolved many years before the claim is made.

This hurdle of restoring the company was usually insurmountable for insurers. Section 1030(4) of the Companies Act previously stated any application "to the court for restoration of a company to the register may not be made after the end of the period of six years from the date of the dissolution of the company."

1030. When application to the court may be made

(a)          bringing proceedings against the company for damages for personal injury;

(b)          an insurer (within the meaning of the Third Parties (Rights Against Insurers) Act 2010) bringing proceedings against a third party in the name of that company in respect of that company’s liability for damages for personal injury.

This addresses the previous loophole by removing the time limit previously in place.

Therefore the Companies Act now specifically allows an insurer to make the restoration application where the intention is to bring contribution proceedings in the name of the dissolved insured company in respect of that company's liability for damages for personal injury.

The change will be welcome in particular by legacy insurers, who have previously been limited in their ability to bring contribution claims when subrogated to the rights of dissolved companies. 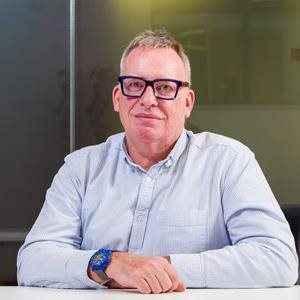