The High Court's recent decision in the linked appeals SRA v James & Others [2018] EWHC 3058 (Admin) reminded us once again that dishonest conduct by a solicitor will almost invariably result in striking off, even in the cruellest of circumstances.

The High Court has ruled on the appeals by the SRA against suspended sentences being imposed on three solicitors found to be dishonest:

The SRA appealed these decisions.  It contended that the SDT had not followed its own Guidance Notes on Sanctions (5th edition December 2016) which state that"…A finding that an allegation of dishonesty has been proved will almost invariably lead to striking off, save in exceptional circumstances." The SRA asserted that none of these sets of circumstances were sufficiently exceptional to merit the imposition of a lesser sanction than striking off.

The High Court agreed with the SRA, for three key reasons:

In all three cases the SDT's decisions were overturned and Ms James, Mrs MacGregor and Mr Naylor have been struck off.

The decisions have been met with concern by members of the profession and legal commentators. It is the permanence of the sanction which causes such concern: although it is possible for a former solicitor to be restored to the register it is highly unlikely where a finding of dishonesty is made.  Striking off for dishonesty is a professional life sentence.

The burden on the individual solicitor does not seem likely to lighten any time soon.  As we reported in August, the SDT is proposing to amend the burden of proof in SDT proceedings to the civil standard ("on the balance of probabilities") rather than the current, criminal, standard ("beyond reasonable doubt").  Most other professions now adopt the civil standard.  The Law Society opposes the proposed change on that basis that prosecution success rates are already extremely high and the consequences for the individual solicitor are severe, but it may well be passed.  In addition, there are still no Fitness to Practice rules in place for the legal profession even though the power to introduce these was granted to the SRA by the Legal Services Act 2007.

In these circumstances, the need to support young lawyers becomes ever more important.  Mental health issues are rife in the legal profession and often not talked about. Even where, as Mr Naylor did, a solicitor lets his firm know that he is struggling, action is not always taken.  Times have changed, and it is no longer acceptable for a firm to leave its lawyers to "sink or swim".

Law firms have historically tended towards a culture where it is common to feel the pressures of financial targets and client demands, and it can often feel difficult for lawyers to own up to something less than perfection.   Add to this the modern practice of law, and changes to working practices - such as access to email via smart phones and the ability to work remotely - and these can leave lawyers feeling the need always to be switched on and never able to leave the demands of work behind.

Failing to address these issues can give rise to both ethical and risk issues.  The consequences of burn-out can be very serious not just for the individual but also the law firm.     In addition to the PI claims which will arise from mistakes made by an over-burdened solicitor, the firm may face employment law claims from the individual in question.   It is also possible that firms themselves could face regulatory sanctions: although it appears that the SRA does not intend to take action against the firms involved in these cases, it could consider regulatory enforcement in a future case, for example for breaches of the obligations currently contained in Chapter 7 of the Code of Conduct1 .

We are now starting to see welcome reports of law firms taking initiatives in this area, with training and education programmes on resilience, and attempts to create a culture that is more open and supportive, but with LawCare (a charity supporting mental health and wellbeing) reporting at the start of the year that it received a record number of calls to its helpline in 2017, clearly this needs to remain an area of increased focus and investment of time and resource by all firms.

[1]Or, following incoming changes to the Handbook, contained in the Code of Conduct for Firms 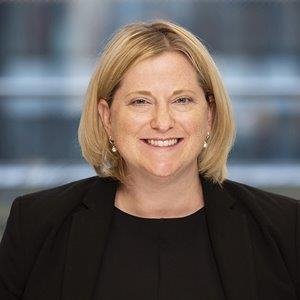