Clyde & Co are pleased to report the successful defence of a claim against Maidstone Council after a student sustained a serious injury in a zip-wire accident.

The County Court dismissed the claim against Maidstone Council, and this outcome will provide reassurance to those local authorities responsible for the maintenance of playground equipment.

The accident occurred when the Claimant (then an A-level student aged 17) decided to take a ride on a zip-wire located within a children’s play area. The Claimant described being given “quite a firm push” by her friend. As the Claimant reached the end of the line and encountered the spring-stop her seat rotated upwards, she lost her grip on the pole and then fell to the ground. As a result of the accident, the Claimant fractured her back in four places, but fortunately made a good recovery.

The precise accident circumstances were uncertain. Footage recorded by the Claimant's friend on a mobile phone of the seconds immediately before the accident was available, but for reasons which were not entirely clear, this footage was modified shortly after the accident.

The Claimant contended that the sequence of events could be attributed to negligence on the part of the Council, and brought a claim under the Occupiers' Liability Act 1957 and/or in negligence.

The Claimant's pleaded case was that the Council:

We argued that the limited footage available suggested that the Claimant was pushed sufficiently hard to be traveling at speed even as she started to climb the final upwards section of the zip-wire and that she was clearly not ‘self-propelled.’

Furthermore, we obtained evidence from liability experts who confirmed that the British Standards ("the Standards") applicable to the zip-line was BS EN 1176-4 and the manufacturer placed a sign on equipment denoting its compliance.

From a liability standpoint:

We were confident in our defence on the claim based on the above, and proceeded to a final hearing.

The Claimant's case was dismissed in its entirety. 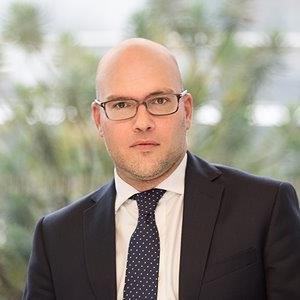