In a judgment handed down on 10 June 2020, the Court of Appeal held that Article 2 was not engaged at the inquest into the death of a vulnerable woman subject to Deprivation of Liberty Safeguards (DoLS) and residing in a care home.

This judgment clarifies the Article 2 obligations of the State to protect life where a person is in a care home or is the subject of a DoLS and will be of particular importance for coroners in light of the substantial number of deaths of those in care homes as a result of the COVID-19 pandemic.

This case concerned an inquest into the death of Ms Jacqueline Maguire, a 52 year old woman, who was a vulnerable adult with Down's Syndrome and moderate learning difficulties. Ms Maguire sadly died in hospital on 22 February 2017. The cause of her death was (i) perforated gastric ulcer and peritonitis and (ii) pneumonia.

Ms Maguire had resided in a care home since 1993 and was subject to a DoLS order. Her placement at the home was supervised and funded by Blackpool City Council and the home provided accommodation for adults with learning disabilities who required personal care. It was not a nursing home and its staff had neither medical nor nursing training.

In the days prior to her death, Ms Maguire complained of sore throat and had limited appetite. Two days before her death, she had suffered from a temperature, vomiting and diarrhoea and had asked to see a GP. Staff at the care home did not act on this request. On 21 February a call was made to NHS 111 where a consultation with a GP took place over the telephone. However continuing concerns later that evening led to an ambulance being called. The paramedics wished to transfer Ms Maguire to hospital however she would not cooperate. An out of hours GP advised over the telephone that attempts should be made to persuade her to go to hospital but if she refused then she should be monitored overnight. Ms Maguire's condition worsened overnight and the following morning an ambulance attended and she was taken to hospital. Ms Maguire was found to be severely dehydrated with kidney failure, metabolic acidosis and a severe infection. She died following a cardiac arrest later that day.

At the commencement of the inquest, the family argued that the circumstances of death dictated that there should be an inquest which satisfied the procedural obligation under Article 2. The Coroner initially agreed and evidence was heard at the inquest. However before the jury was asked to return its conclusion, the Coroner revisited his earlier decision regarding Article 2 in light of the recent decision in R (Parkinson) v. HM Senior Coroner for Inner London South [2018], limiting the jury's conclusion to deciding how, when and where Ms Maguire came by her death, as opposed to also delivering a conclusion regarding " in what circumstances" the deceased came by her death.

A claim for judicial review was made, contending that the Coroner was wrong to conclude that Article 2 did not apply on the basis that the state had an obligation to those who may be described as vulnerable persons under the care of the state. Furthermore, it was argued that there was sufficient evidence of systemic problems leading to the failure to admit Ms Maguire to hospital and therefore Article 2 ought to have applied. The Divisional Courts dismissed the claim.

The Court of Appeal dismissed this appeal concluding that the operational duty under Article 2 was not engaged.

The judgment contains lengthy analysis of a number of domestic and European authorities regarding the engagement of Article 2 however we consider the key points are as follows:

As stated above, it is likely this judgment may be deployed by Coroners when dealing with deaths occurring in care homes due to COVID-19 when considering whether Article 2 applies. It will be interesting to see how these arguments develop, particularly in light of the very public concerns regarding the lack of PPE across the country, together with other concerns relating to when the entire nation, including the vulnerable individuals, ought to have gone into lockdown, and the lack of testing 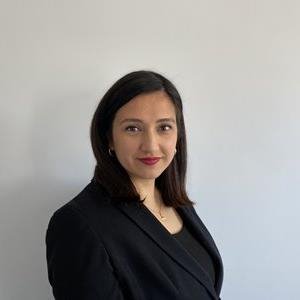