This article considers the burden of proof as between cargo interests and carriers in claims for cargo loss and damage. It explores the judgment in Volcafe v CSAV [2018] UKSC 61 (a Clyde & Co case successfully taken to the Supreme Court by Andrew Nicholas), the resulting impact on cargo recoveries, and the reaction of carriers to the increased burdens placed upon them by the judgment. Finally, it discusses how cargo interests can pre-empt carriers' reaction to cargo claims to take full advantage of the post Volcafe position for recoveries.

The burden of proof in English common law

Historically, the carriage of cargo by sea was, and essentially remains, categorised as a bailment for reward on the terms of the bill of lading. There are two key principles of the common law of bailment which follow this, namely that the carrier, as bailee, must take reasonable care of the cargo, and, if damage occurs, then the carrier has the burden of proving that the damage did not result from any lack of care on their part. In other words, the carrier must prove that they took reasonable care of the cargo and were not negligent, in order to avoid liability.

This burden of proof in bailment was justified on the basis that the bailee is in possession of the cargo and it may be difficult or even impossible for anyone else to explain the cause of loss or damage during carriage.

However, is the position different in a modern contract of carriage which incorporates the Hague or Hague-Visby Rules (the "Rules")? Do cargo interests, where there is cargo damage, have the legal burden of proving that the carrier was negligent? This is what was decided in the Volcafe judgment.

Containerised bags of coffee beans were shipped at Buenaventura in Columbia for carriage to Germany between January and April 2012. The bills of lading contractually incorporated the Hague Rules and since the containers were shipped on an LCL/FCL basis, the carrier was contractually responsible for preparing the containers for carriage and stuffing the bags of coffee.

Coffee is a hygroscopic cargo and absorbs, stores and omits moisture. Carriage from a warm to a cooler climate, as was the case here, can cause condensation to form on the walls and roof of a container following the emission of moisture from the beans. In order to prevent resulting wet damage to the cargo, it is necessary to line the roof and walls with absorbent material known as Kraft paper. Despite the use of Kraft paper, when the containers were devanned in Germany some of the bags were found to have suffered water damage from condensation falling back onto the cargo.

Cargo interests pleaded (i) that the carrier was in breach of their duty as a bailee, in that they had failed to deliver the cargo in the same good order and condition as recorded on the bill of lading on shipment, and (ii) that the carrier had failed to properly and carefully load, handle, stow, carry, keep, care for and discharge the cargo due to the inadequate use of the Kraft paper, in breach of Article III Rule 2 of the Rules.

The carrier's defence was that the Kraft paper used was sufficient and alleged inherent vice of the cargo, an exception under Article IV Rule 2 of the Rules, on the basis that the coffee beans were the cause of the moisture damage.

In reply, cargo interests stated that any inherent characteristic of the cargo which resulted in damage only did so because of the carrier's negligent failure to take the proper measures necessary for its protection.

At first instance, the judge found in favour of cargo interests. The carrier appealed and the Court of Appeal held that where the carrier could rely on a relevant exception under the Rules, the legal burden was on cargo interests to establish that the exception did not apply because of the carrier's negligence. Cargo interests had failed to discharge that burden.

Questions to be decided by the Supreme Court

The Supreme Court held that under the Rules, the carrier has the legal burden of disproving negligence, because of the relationship between Articles III and IV.

Accordingly, where cargo is shipped in apparent good order and condition but discharged damaged, the carrier now bears the burden of proving that the damage was not due to their breach of the Article III Rule 2 obligations to take reasonable care.

Turning to the carrier's defence under the Article IV Rule 2 (m) (inherent vice) exception, the Court found that the carrier could and should have taken precautions which would have prevented the hygroscopic characteristic of the cargo resulting in damage and this damage was not inherent vice. It was noted that a cargo does not suffer from inherent vice in the abstract. The hygroscopic nature of coffee beans may constitute inherent vice but only if the effects cannot be countered by reasonable care by the carrier.

In order for the carrier to come within this exception they had to show that:

In practice, carriers must explain the cause of cargo damage which provides a continuing role for the common law principles of bailment. This is both common sense and reflects the commercial realities of the carriage of goods by sea, since carriers are best placed and often the only party in a position to know and / or to prevent what occurs during the voyage which may result in cargo damage.

Whilst the Volcafe case focuses on the inherent vice exception under Article IV Rule 2 (m), the Supreme Court's analysis of the burden of proof has implications for other Article IV Rule 2 exceptions. The carrier must prove that they were not negligent before being able to rely on an exception. The onus is now on the carrier not cargo interests. The carrier cannot use Article IV as a default position safe in the knowledge that cargo interests are faced with the difficulty of proving they were negligent.

A good example where we have seen an impact is in relation to the perils of the sea (or "heavy weather") defence under Article IV Rule 2 (c). Previously, once a carrier had established that the weather conditions encountered were outside of the reasonable contemplation of a prudent shipowner, cargo interests would have to prove unseaworthiness or the carrier would avoid liability for damage to cargo caused by that bad weather. Now the carrier must show that they took all reasonable and proper care of the cargo and were not negligent before they can rely on this exception.

With container overboard cases, in the absence of any evidence, (which is held by the carrier), it was very difficult to prove that the cause of the loss was due to improper lashing or stowage, rather than bad weather. Now, the carrier has the burden of proof and a position of weakness has become a position of strength for cargo interests. Cargo interests can now force the carrier to disclose evidence and prove that the container stow plans, and lashing and securing measures were sufficient for the voyage contemplated.

The judgment has provided certainty surrounding the requirements to make out a cargo claim and cargo interests are in a more advantageous position moving forward. The case started on specific facts but helpfully ended up setting out the legal burdens of proof for Article III Rule 2 and Article IV Rule 2.

Given that the burden is now on the carrier to evidence that they were not in breach of Article III Rule 2 and were not negligent, they have become more attuned to areas which might prove a stumbling block for a cargo claimant. This includes evidence as to the good order and condition of cargo on loading.

Given that carriers now must prove that liability does not rest with them for cargo damage, the obvious response is to pre-empt this legal burden and focus on the good order and condition of cargo on loading.

Cargo interests, to ensure that the claim does not stumble at this first hurdle, should if possible ensure that they have a clear and unbroken evidential chain for the cargo prior to loading. We take containerised cargo as an example.

Containerised reefer cargo shipped on an FCL basis (i.e. shipper packed) is not visible and is often perishable with a limited shelf life. Carriers are therefore now focusing more on the age of the cargo and how the cargo was stored and treated prior to stuffing.

Cold store information and supply chain documentation is useful in evidencing the stages and process of preparation for the cargo. Ideally the temperature the cargo was stored at will be recorded as will the packing process prior to stuffing. Obtaining loading reports is important as this will provide evidence of the temperature of the cargo on stuffing. TempTales added to the container provide temperature data which is readily available to cargo interests who are otherwise forced to rely on the carrier disclosing the container data. TempTales will evidence the speed of cooling after loading. Quick cooling evidences that the cargo was not hot stuffed.

Whilst we have used the example of containerised cargo, the documentation required to prove pre-shipment conditions applies across the spectrum of cargoes where visual inspection of the cargo by the carrier is not possible or issues will not be readily ascertainable.

The absence of such documentation or gaps in the chronology, in our experience, will result in delays (or worse) whilst the carrier seeks to argue that the cargo was not in good order and condition when loaded.

The Volcafe judgment has brought certainty to the burden of proof for claims under Article III Rule 2 of the Rules and has had a positive impact on cargo recoveries. Cargo interests need only show that cargo was loaded in good order and out turned damaged. The burden is then on the carrier to evidence that they complied with their Article III Rule 2 obligations and were not negligent before they can seek to rely on an exception under Article IV Rule 2.

Ensuring the availability of evidence as to the good order and condition of the cargo on loading will prevent a carrier from seeking to exploit evidential gaps to avoid the burden they face. This will then enable cargo interests to take full advantage of the more advantageous position they find themselves in following the Volcafe judgment. 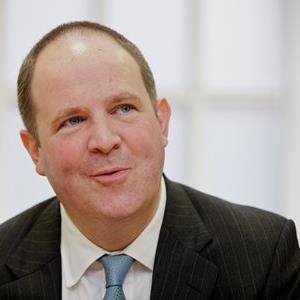