The question of whether a SAAMCO approach should be used when determining the scope of a duty of care has recently been explored by the Supreme Court.

The question of whether, in a claim for clinical negligence, the approach to determining the scope of a duty of care as described in South Australia Asset Management Corp v York Montague Ltd (SAAMCO) should be followed, has recently been explored by the Supreme Court.

Ms Meadows, whose family history included haemophilia, wanted to ascertain whether she was a carrier of the haemophilia gene, as she did not want to give birth to a child with haemophilia. Accordingly, she attended upon her GP with a view to undergoing the necessary genetic testing. Instead, the blood tests she undertook were intended to diagnose whether or not she had haemophilia. The result was negative, and she was falsely reassured of her carrier status. She went on to have a baby boy, who not only suffers from haemophilia, but also from autism.

Ms Meadow’s evidence (which was accepted) was that, had she known of her status, she would have undergone fetal testing and would have terminated the pregnancy had the result been positive (as would have been the case). The question for the court, therefore, was whether Dr Khan was liable only for the costs associated with the haemophilia, or whether a broader approach should be adopted, and Dr Khan should be liable for the costs associated with both diagnoses.

The difference between the extent of the losses was significant:

In a unanimous judgement, the Supreme Court found in favour of Dr Khan, and accepted her argument that she could only be liable for those costs which arose as a result of the hereditary disease, and not the autism.

The route by which the unanimous decision was reached differed, but the majority of the justices agreed that such cases could usefully by analysed by adopting the following framework:

For his part, Lord Burrows refreshingly described this as a “rather novel approach to the tort of negligence”, which he found neither “necessary” nor “helpful”.

In a robust judgement, he found that there was no reason why SAAMCO, a case concerning the provision of professional advice, should not apply to the provision of advice in a clinical setting, and thus the only question was how the principles outlined in SAAMCO should be applied in the present case.

In his view, the purpose for which the advice was sought was “of central importance”. The only reason Ms Meadows attended upon her GP was to ascertain her carrier status for the haemophilia gene, as she did not want to have a child with haemophilia. That being the case, it was reasonable to assign to the doctor the risk of the baby being born with haemophilia. However, it was for Ms Meadows to bear the myriad other risks of pregnancy (to include the risk that the baby may be born with autism).

The strength of this analysis can be tested by the counterfactual test; in other words, would the losses still have arisen had the advice been correct? In other words, if the advice given had been correct, and Ms Meadows not been a carrier, she would still have gone on to have a child with autism. That being the case, those losses must fall outside the scope of the duty owed by Dr Khan.

The judgement is a useful reminder of the importance of considering the scope of the duty of care in consent cases, which is perhaps often overlooked. Practitioners, confronted with such cases, should begin by asking themselves what the real reason for the consultation was. Where the rationale behind a patient seeking advice is, as in the present case, for a specific reason, it may prove possible to limit the scope of the losses accordingly. 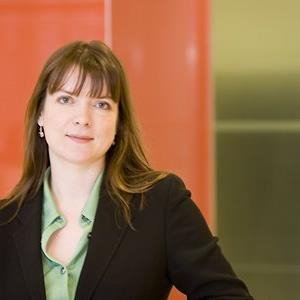