Changes on the horizon – Government consultation on flexible working

Now the government has published its consultation paper seeking views on a range of measures intended to imbed greater flexibility across all workplaces, including opening up the right to request flexible working to all employees regardless of length of service. We look at the proposals and what they may mean for employers.

What changes is the government considering?

The key proposals outlined in the making flexible working the default consultation are:

Under the plans, it is estimated that around 2.2 million more people would be given the right to request flexible working.

The consultation will look at a range of flexible working methods such as job-sharing, flexitime, compressed, annualised and staggered hours, as well as phased retirement – not just working from home.

Many employers will be relieved to see that the Government’s proposals are less prescriptive and wide-ranging than might have been anticipated, but nonetheless, if some of these proposals become law employers are likely to see an increase in both the number of flexible working requests they receive and the administrative burden of dealing with them. This is against a background of employers already seeing a greater demand for flexibility from employees brought about by the pandemic.

A recap on the current position on flexible working

The current position (as discussed in our article ‘COVID-19: Post-pandemic flexible working’ earlier this year), is that there is no automatic obligation on employers to allow employees to work flexibly. Despite the title of the consultation, the consultation does not propose to change this fundamental position.

Employees with at least 26 weeks’ continuous employment can make a request to work flexibly under the current flexible working regime. The request must be in writing, explain what change to the employee's working arrangements is being requested and explain the potential impact on the business. Employees are only able to make one request within a 12-month period.

These requests must be dealt with in a reasonable manner which includes giving reasonable consideration to the request and notifying the employee of the employer's decision within a reasonable time and no later than 3 months after the date of the request. If an employer wishes to reject a statutory request, it can only do so on one or more of the following grounds:

Although compensation for non-compliance with the rules, or for a decision based on incorrect facts, is capped at eight weeks' pay (up to a maximum of £544 per week), an employer who refuses a request may also face the risk of unfair dismissal, sex discrimination and/or victimisation claims (with compensation for discrimination claims being uncapped).

Looking at the proposals in more detail

Making the right to request flexible working a day one right

The current law provides a specific but wide-ranging set of eight business grounds on which employers can reject statutory requests to work flexibly. The government does not see a case for fundamentally changing these grounds, but is seeking views on this.

Requiring the employer to suggest alternatives, where possible

To encourage a culture where employers give full consideration to requests for flexible working and what might be possible – rather than simply rejecting the proposal which has been put forward – the government is exploring how practical it is to ask employers to set out, when rejecting a request, that alternatives have been considered. For example, if an employer cannot accommodate a particular part-time working pattern, they might consider an alternative.

Currently an employee may make one statutory request every 12 months and an employer has three months to consider whether that request can be accommodated.

The government is considering allowing employees to make more than one request for flexible working per year. This is to ensure that the legislation is not placing unnecessary barriers to accessing flexible working among those whose personal situation may have changed within twelve months.

The government is also seeking views on whether the three-month deadline for employers to respond to requests is still suitable or should be cut. The consultation paper invites views on a range of possible timeframes from ‘less than two weeks’ to the current three-month period.

The current flexible working regime already provides for a temporary arrangement to be agreed between the employee and employer. However, the government believes that this ability to request a contractual change for a defined, time-limited period is under-utilised.

For example, it would be possible for a parent to request a change in working pattern so that they could support their child’s transition from early years care into school. Such contractual changes would be considered a request under the legislation as long as the start and end of the period was defined at the point of making the request. The government is seeking views on what would encourage employees to make time-limited requests to work flexibly.

What could the proposed changes mean for employers?

Be aware of the discrimination risk

All flexible working requests – whether under the current or proposed regime - need to be handled carefully and given proper consideration by employers. The recent case of Mrs A Thompson v Scancrown Ltd T/a Manors is a stark reminder that irrespective of the proposals, the potential exposure in respect of a successful indirect discrimination claim related to a flexible working request can be significant.

Mrs Thompson was a highly remunerated Sales Manager at an independent estate agent. Following a period of maternity leave, Scancrown Ltd refused her request to work flexibly to suit her childcare needs; specifically, to work four days a week, and to finish at 5pm instead of 6pm. Despite Scancrown citing five of the statutory grounds for refusing a request and conducting an appeal process, Mrs Thompson’s indirect sex discrimination claim was successful. Her employer was unable to evidence that refusal of the request on the grounds relied on was proportionate to the business need to maintain successful relations with customers.

Mrs Thompson was awarded over £180,000 in compensation. The total sum was significantly more than an employee can receive for a breach of the right to request flexible working legislation (which is capped at eight weeks’ pay (and up to a maximum of £4,352).

Proposals not going ahead

The government does not believe that now is the right time to introduce a statutory requirement for employers to say in job adverts whether flexible working is available, which is something that was under consideration. Also, plans to require large employers (250+ employees) to publish their flexible working policies appear to have been shelved.

Responses to the consultation can be submitted by 1 December 2021, either:

Please speak to a member of the employment team or your usual Clyde & Co contact if you have any questions or would like advice on flexible working requests. 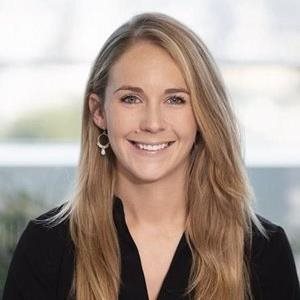