In this article we look at whether in-house lawyers are in violation of the Rules of Professional Conduct when they enter into non-compete agreements and whether such agreements are enforceable.

The recent opinion in Ipsos-Insight, LLC v. Gessel, No. 21-CV-3992 (JMF), 2021 WL 2784634 (S.D.N.Y. July 2, 2021) addressed the topic of whether a former in-house counsel’s non-compete agreement was unenforceable. The Court granted the motion to dismiss brought by defendant Gessel, the plaintiff’s former in-house counsel, because the non-compete clause with plaintiff violated Rule 5.6(a). The Court cited to the New York Court of Appeals precedent finding that similar restrictive covenants between a lawyer and a law firm in violation of Rule 5.6(a) are unenforceable as a matter of public policy. However, the Court also noted that New York courts have enforced similar clauses against other professions and have enforced agreements that violated the Rules of Professional Conduct in order to estop a lawyer from avoiding their contractual obligations. Notwithstanding its decision here, the Court took issue with Rule 5.6(a)’s application to in-house counsel, citing legal commentary that privilege and Rule 1.9 apply to the legal services of in-house counsel and non-compete agreements are necessary to protect business consultation and confidences (as distinct from an attorney’s duty to maintain a client’s confidential information as outlined in Rules 1.6 and 1.9). Despite its decision here, based on the guiding precedent in New York that such agreements are unenforceable, which it felt compelled to apply, the Court invited plaintiff to appeal to the Second Circuit in order to have the question certified to the New York Court of Appeals..

As noted in Ipsos-Insight, LLC, only one other court appears to have considered the enforceability of a non-compete clause with an in-house attorney. In DISH Network Corp. v. Shebar, No. 2017-CV-31079, 2017 Colo. Dist. LEXIS 87 (Dist. Ct. Colo. May 9, 2017), the trial court found the non-compete agreement to be enforceable within Colorado’s policy of enforcing such agreements with respect to executive and management personnel where their purpose is the protection of trade secrets. The court determined that defendant Shebar, former in-house counsel, could not use an ethics rule to avoid his obligations to the detriment of a client. In addition, the Court reasoned that the Rules of Professional Conduct applied to attorneys and could not be used to preclude a non-attorney from enforcing an otherwise binding agreement. The Court was dismissive of Shebar’s reassurances that he was precluded by Rule 1.6 and his fiduciary duties from revealing DISH’s confidential information, reasoning that Shebar had already justified violating Rule 5.6 for a financial benefit.

A lawyer shall not participate in offering or making:

(a) a partnership, shareholders, operating, employment, or other similar type of agreement that restricts the right of a lawyer to practice after termination of the relationship, except an agreement concerning benefits upon retirement; or

Comment [1] to Rule 5.6 adds, in part, “An agreement restricting the right of lawyers to practice after leaving a firm not only limits their professional autonomy but also limits the freedom of clients to choose a lawyer.”

The issue on the ethical permissibility of non-compete clauses for in-house counsel was previously addressed in ABA Informal Opinion 1301 (1975), which found, based on reasoning similar to that in DISH, that an in-house counsel’s covenant not to compete was not in technical violation of the predecessor to Rule 5.6(a), which only forbids restrictive covenants between lawyers. However, the Opinion noted that the underlying ethical considerations are the same for restrictive covenants between an attorney and client, and such an agreement was “undesirable surplusage because from an ethical standpoint adequate protection of confidences already exists.” See also SC Op. 2000-11 (2000) (non-compete would violate Rule 5.6, but noting that corporations may rely on trade secrets law and the provisions of Rules 1.6, 1.7, and 1.9 to preclude certain other subsequent employment).

In 1994, ABA Formal Opinion 94-381 (1994) addressed whether outside counsel may agree to represent a corporation on a specific matter, contingent on the attorney agreeing to never represent anyone against the corporation in the future. Citing Rule 1.9 and Opinion 1301, the Opinion explains that an attorney is already ethically prohibited from representing an adversary in substantially related matters but that further restricting subsequent representation would “run afoul” of Rule 5.6(a) and the strong public policy in favor of providing the public with free choice of counsel.

On the other side, since the ABA opinions, other state and local bar associations have opined that in-house lawyers entering a non-compete clause would be in violation of Rule 5.6 . See NJ Op. 708 (2006); Phila. Op. 1996-5 (1996); VA Op. 1615 (1995). In the middle ground, some states have concluded that an attorney may enter a non-compete that has a savings clause stating the provision will be interpreted to comply with any applicable Rules of Professional Conduct, with some opinions taking the additional measure of having the clause expressly cite Rules 5.6, 1.6, and 1.9. See e.g. OH Op. 2020-01 (2020); WA Op. 2100 (2005); CT Op. 02-05 (2002). Other opinions have found that drafting a restrictive covenant to in-house counsel’s non-legal services is still in violation of Rule 5.6, unless such services are clearly distinguishable from legal services. See Phila. Op. 2003-9 (2003) (“[T]he duties described as ‘non-legal’ by the Inquirer are not distinct from legal duties, and indeed, that a lawyer is not permitted to allow a non-lawyer to impose on him a definition of what constitutes legal services.”). But other opinions conclude that a severance clause will not remedy any violation of Rule 5.6. See NV Op. ___ (Unpublished Draft for Public Comment), https://www.nvbar.org/wp-content/uploads/NV-Ethics-Opinion-re-In-House-Employment_Stock-Agreement-public-comment-draft.pdf (“It makes no difference that the restrictive covenants provision at issue concludes by saying that a court may modify or sever any portion of the clause the court deems unenforceable. This generic severance clause does not eliminate the ethical violation because it: (1) requires court action; and (2) does not specifically address Rule 5.6.”).

Accordingly, the only guiding rule as to the enforceability of non-compete agreements is that this is still an evolving issue that depends on the law and ethics opinions of the jurisdiction in which enforcement is sought. However, the ethics opinions generally make clear that an in-house lawyer is still bound by Rules 1.6 and 1.9 to preserve the former employer’s confidentiality and not act adversely towards it, and a drafter would be wise to ensure any non-compete clause contains a savings clause. 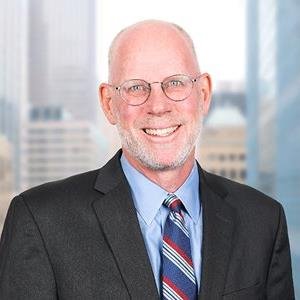 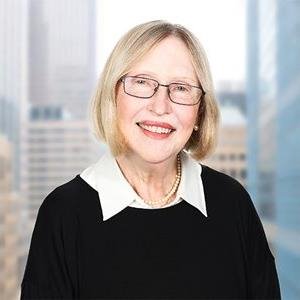