The Technology, Infrastructure and Construction (“TIC”) List of the Singapore International Commercial Court (“SICC”) – a viable forum for construction disputes?

The TIC List, established by the SICC, is part of Singapore’s concerted drive to further entrench its reputation as a leading dispute resolution hub. SICC cases on the TIC List will have additional case management features intended to deal with complex disputes flexibly and efficiently. With these additional features, along with the features available to SICC cases generally, the SICC through the TIC List offering provides a viable alternative to international arbitration, where most of such disputes are currently resolved.

Cases can be placed on the TIC List if parties agree in writing and if ordered by the SICC. Cases must also include a “TIC Claim”. This is a claim which the SICC has jurisdiction to hear and try, involves technically complex issues or questions, and relates (but is not limited) to any of the following matters:

Cases on the TIC List will be heard by specialist TIC Judges. These are Judges experienced in hearing complex disputes (both of the Supreme Court of Singapore, and International Judges of the SICC). Among them are Justice Lee Seiu Kin, Justice Sir Vivian Ramsey and Justice Douglas Samuel Jones AO. The full list of specialist TIC judges can be accessed here.

Such cases will also enjoy additional case management features adopted from arbitration best practices. For example, the SICC may:

Parties may also agree (unless the SICC directs otherwise) to apply a simplified adjudication process protocol to selected claims or counterclaims in a parties’ case (termed “Excluded Claims”). In summary, under the default procedure for this protocol:

A viable alternative to arbitration?

It can be difficult to join third parties in international arbitration. Most institutional rules require the third party (and parties to the arbitration) to consent to being a party to the proceedings (see for example SIAC Rules 2016, Rule 7). More often than not, parties are unable to agree on the joinder of third parties to arbitration proceedings. This can make multi-party disputes cumbersome, requiring several arbitrations (with potentially inconsistent results) to resolve a dispute involving multiple parties. There is however, no similar requirement to join a third party in an SICC case.

It is not uncommon to encounter deliberate delaying tactics by recalcitrant parties. Arbitrators, however, are not usually (expressly) granted coercive powers to address such behaviour under institutional rules. Even if they are, arbitrators often hesitate to exercise them. Doing so increases the likelihood of accusations of breaches of natural justice or bias, and consequently the risk of any eventual award being set aside. The SICC however, has express powers to intervene and address deliberate delaying tactics by recalcitrant parties. Under the forthcoming Order 9 rule 6 of the SICC Rules 2021, the SICC has the power to impose cost (or other sanctions) for non-compliance with any directions, which may result in a postponement or vacation of the dates fixed for the trial or hearing for the merits of the proceedings.

While arbitrators have the power to summarily dismiss claims or defences under some institutional rules (see for example Rule 29 of the SIAC Rules 2016), these powers are fairly limited. For reasons similar to those stated in the foregoing sub-paragraph, arbitrators often hesitate to exercise such powers too. The SICC in contrast, has much broader powers to determine claims and defences summarily (a claimant can apply for judgment in default of defence / summary judgment, and parties can apply for pleadings / memorials to be struck out or amended– see forthcoming Order 6 rule 3, Order 16 rule 6 and Order 16 rule 4 of the SICC Rules 2021).

The enforceability of a judgment or award is crucial. SICC judgments can be enforced outside of Singapore by various means, including under various treaties / conventions. These however are more limited compared to the New York Convention on the Recognition and Enforcement of Foreign Arbitral Awards. The New York Convention provides an extensive enforcement regime for international arbitration awards. Contracting states (160+ of them) are required to recognise and enforce awards made in other states, subject to limited exceptions.

Arbitral proceedings are in most jurisdictions private and confidential. Parties with commercial or political considerations prefer to keep knowledge and details of their dispute within a limited and closed forum, away from the eyes of the general public or competitors. Cases heard in the SICC are however, not automatically private and confidential. An application must be made to the SICC for proceedings to be heard in private, and for the court file to be sealed.

Another key benefit to international arbitration is parties’ ability to determine the number of, and to agree on specific arbitrators. The SICC has a list of highly regarded specialist TIC Judges, whose credentials and experience are unimpeachable. However, parties have no choice over the TIC Judge assigned to hear their dispute, and may feel more comfortable retaining a say over the composition of the Tribunal – whether this is on account of qualifications, experience, expertise and / or other criteria.

The SICC’s establishment of the TIC List is a welcome development. Arbitration is likely to remain the preferred forum for large complex cross border disputes in the near future. However, the SICC through the TIC List offering provides a viable and at times more attractive alternative to arbitration. Cases where the merits and issues of the case favours an efficient and pragmatic resolution of the dispute may in particular benefit from the features available to cases on the TIC List. This includes instances where there are no real defences to the claim.

Ultimately, there is no one size fit all forum for resolving international disputes. Whether a dispute is better resolved at the SICC or in international arbitration will depend on the circumstances in which a potential dispute may arise, and parties’ objectives. The TIC List offering by the SICC however, at least offers another credible option for the resolution of international disputes in highly specialised or technical areas of practice.

Please do reach out to us, if you would like to have a chat on the appropriate forum to resolve your dispute. 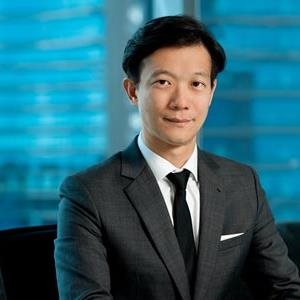 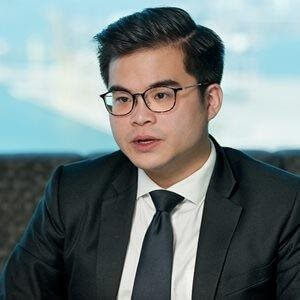