Following Russia’s invasion of Ukraine, the UK government has brought forward its Economic Crime (Transparency and Enforcement) Bill, which is aimed at preventing foreign owners from laundering money in UK property and allows Unexplained Wealth Orders (UWOs) to be served on a wider range of individuals. It has now received royal assent and become an Act of Parliament. The law involves a new register, which requires anonymous foreign owners of UK property to reveal their real identities to ensure criminals cannot hide behind secretive chains of shell companies. Entities that do not declare their ‘beneficial owner’ face restrictions over selling their property, and those who break the rules could face up to 5 years in prison. See Clyde & Co’s Crisis in Ukraine page for more on the consequences of the war in Ukraine.

Environmental charity ClientEarth is a shareholder of Shell, and in that capacity is bringing a claim against the company’s 13 executive and non-executive directors, seeking to hold them personally liable for allegedly failing to prepare adequately for the transition to Net Zero. It argues that the directors’ climate strategy does not truly align with the Paris Agreement on climate change, and that they are therefore in breach of their duties under the UK Companies Act, which requires directors to promote their company’s success as well as to exercise reasonable care, skill and diligence. In response, Shell says that its global strategy does support the Paris Agreement, among other things by providing more low-carbon energy for customers, and that the challenges presented by climate change cannot be solved by litigation. More

The Iraqi Federal Supreme Court has ruled that the Oil and Gas Law No. 22 of 2007 is unconstitutional. The law was passed by the Kurdistan Regional Government (KRG), which exports oil from Kirkuk to the port of Ceyhan in Turkey. In theory, the ruling gives the federal government direct control over oil and gas in the region and means that many contracts which KRG has entered into with oil companies, foreign parties and states may be invalid. However, Kurdistan’s leader, Masoud Barzani, has denounced the ruling as “purely political”, and it has been reported that the KRG is continuing to export crude through Ceyhan. More

We reported recently that the English Court of Appeal had quashed the conviction of former Unaoil executive Ziad Akle for bribery offences. Now a further businessman, Paul Bond, has been released after receiving a three-and-a-half-year jail sentence for related offences. Both prosecutions arose out of the investigation by the Serious Fraud Office (SFO) into the role played by Unaoil in the award of oil contracts in post-occupation Iraq. Mr Bond’s appeal was successful on the same grounds as Mr Akle’s, i.e. that the SFO had refused to provide documents to the defence relating to its contacts with a US citizen who had acted as a “fixer” for the founder of Unaoil. Meanwhile, the UK Attorney General’s independent review of the investigation continues, as does the SFO’s internal review of the affair.

The SFO has announced that a UK-Nigeria Memorandum of Understanding has been signed, allowing over £200,000 obtained through its investigation into Amec Foster Wheeler Energy Limited to be given to the people of Nigeria. In 2021, the SFO reached a Deferred Prosecution Agreement with the company, which accepted responsibility for ten offences of corruption committed in the oil and gas sector between 1996 to 2014. They took place in Saudi Arabia, Malaysia, India, Brazil and Nigeria. The money obtained by the SFO will support three key infrastructure projects, so that the people of Nigeria benefit from the funds directly.

In Kyla Shipping Co Ltd and another v Freight Trading Ltd, an expert witness’ investigations in relation to one dispute led to the claimant issuing proceedings in a second dispute, which concerned allegedly fraudulent mispricing. The question the English Commercial Court had to decide was whether the claimant could claim privilege in those proceedings over communications with the expert during his initial investigations. The answer was no, for two main reasons: (i) the dominant purpose of those communications, at the time they were made, was to assist with the earlier dispute, not the mispricing one; and (ii) the second dispute was not at that point in ‘reasonable contemplation’. The court’s decision shows how litigation privilege, although applying potentially to a wide range of communications, only arises in practice in strictly limited circumstances.

In Olympic Council of Asia v Novans Jets LLP, the English Commercial Court agreed with the claimant that its failure to pay an invoice did not amount to repudiatory breach of an aircraft lease to purchase agreement. Instead, the Court held that the defendant was not entitled to terminate and was in breach of the agreement for suspending use of the aircraft. The court criticised the wording of the agreement, which had been drafted without the assistance of lawyers. In particular, some of the terms of the agreement did not make commercial sense when taken literally, causing both parties difficulties when a dispute arose. The case is a reminder of the need for legal advice when drafting a commercial contract, and also of the desirability of engaging with a counterparty when there is lack of clarity, before seeking contractual remedies.

In Consulting Concepts International Inc v Consumer Protection Association (Saudi Arabia), the English Commercial Court looked at claims for the payment of services, and in particular when a cause of action accrues in this context for limitation purposes. It held that, as a general rule, a cause of action for payment of services accrues when the work is done, not when it is invoiced, which could be much later. The logic of the rule is that the party claiming payment should not be able to postpone indefinitely the running of time by being deliberately slow to issue an invoice. The rule is not absolute, however. Parties can depart from it in their contract, either by using clear wording or by including a ‘special term’ to that effect.

The English High Court has confirmed that a party may be bound by an exclusive jurisdiction agreement, simply because it has entered into such agreements in the past. In Addax Energy SA and Petro Trade Inc, a contract for the supply of petroleum products was agreed orally, and subsequently confirmed by email, but no reference was made on either occasion to a mechanism for resolving disputes. On this basis, the defendant challenged the jurisdiction of the English courts to hear a dispute that later arose under the contract. The court rejected the challenge, holding that “all of the facts”, when viewed “against the relevant background”, suggested there was an English jurisdiction agreement based on a course of dealing. However, the issue was not clear cut and the judge noted the many “excellent points” made by the defence pointed in the opposite direction. The case serves as a reminder that parties should commit their dispute resolution agreements to writing wherever possible or, at the very least, make it clear when they do not intend to be bound by an agreement habitually used in the past.

In three recent cases, English courts have issued stern warnings in relation to embargoed court judgments. If these judgments (or information about them) are disclosed to anyone other than the lawyers working directly on the case or to the parties themselves, the individuals responsible for the leak may be held in contempt of court. This is punishable by a fine or up to two years in prison. The relevant Practice Direction (40E on Reserved Judgments) allows an embargoed judgment to be circulated within a client organisation, but only if “all reasonable steps are taken to preserve its confidential nature” and other conditions are strictly adhered to (see paragraphs 2.4 and 2.6).

The European Commission has adopted a proposal for a Directive on corporate sustainability due diligence. It aims to encourage sustainable and responsible corporate behaviour throughout global value chains. If the proposal becomes law, companies will be required to “identify and, where necessary, prevent, end or mitigate adverse impacts of their activities on human rights and the environment”. Examples of relevant human rights issues provided by the Commission include the use of child labour and the exploitation of workers generally. In terms of environmental impact, the Commission has singled out pollution and biodiversity loss, although the Directive would cover other environmental issues too. The hope is that the new law will bring legal certainty and a level playing field for businesses, while consumers and investors will also benefit from the greater ethical transparency it should provide. More

Following the reform of Dubai’s arbitration centres in Decree No. 34 of 2021, the Dubai International Arbitration Centre (DIAC) has revised its arbitration rules, aimed at introducing a new age of international arbitration in the Emirate. The rules apply to all arbitrations referred to the DIAC after 21 March 2022. They embrace modern features of arbitration and, for the first time, include provisions on consolidation of multiple arbitration proceedings, joinder of third parties, expedited proceedings, and emergency arbitration. More 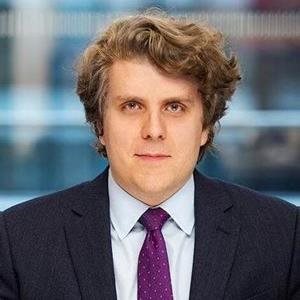