This is the third article in Clyde & Co’s series exploring the key considerations for non-signatory third parties in relation to arbitration agreements. Clyde & Co’s European international arbitration teams have prepared various jurisdictional perspectives on this topic and associate Catherine Wang from our London office covers the position in the England and Wales.

Under English law, it is possible for a party to be bound by an arbitration agreement, even where they are not a signatory. This is implicit in section 82(2) of the Arbitration Act 1996, which states that:

"References in this Part to a party to an arbitration agreement include any person claiming under or through a party to the agreement."

In which circumstances could a non-signatory third party be bound by an arbitration agreement?

The circumstances in which a non-signatory third party could be bound by an arbitration agreement are limited. They fall largely into the following categories, although they are not exhaustive:

When assessing whether a specific set of facts might cause a non-signatory third party to be bound by an arbitration agreement, it is advisable to obtain specialist legal advice.

Are there any points to note when considering joining a non-signatory third party to an arbitration?

The starting point is to check the arbitration rules referred to in an arbitration agreement (if any).  These will often set out the criteria and procedure for joining a third party (see, for example, Article 7 of the 2021 ICC Rules).

Where English law applies, there are two main points to bear in mind.

First, there are formal requirements where a non-signatory third party intends to join an arbitration that has already started. For example, if an assignee wishes to join an on-going arbitration and sue in the assignor’s name, it should give written notice to the other parties and the tribunal within a reasonable time, counting from the date of the assignment.  If it fails to do this, the court may use its discretion to find that the arbitration agreement ceases to have effect (see NBP Development Ltd & ors v Buildko and Sons Ltd [1992] 8 Const LJ 377).

Second, the ‘group company doctrine’ does not apply in England, even though it is well-established in civil law jurisdictions, in particular France (see Peterson Farms Inc. vs. C&M Farming Ltd. [2004] EWHC 121 (Comm)).  This is the principle that a non-signatory company within the same company group as a signatory party can in certain circumstances be bound by the arbitration agreement that the latter has entered into.

While the circumstances allowing a non-signatory third party to an arbitration are relatively limited, what does English law say about joining a third party to court proceedings?

Joining third parties to court proceedings is governed by rules 19.2 and 19.4 of the English Civil Procedure Rules.  Briefly, after the claim form has been served, an existing party or a person who wishes to become a party is required to submit an application to the court to seek for its permission to remove, add, or substitute a party to the litigation (see CPR 19.4(1) and 19.4(2)).

CPR 19.2 sets out the circumstances in which such an application would be granted. These are comparatively broad. For example, CPR 19.2(2)(b) provides that:

“The court may order a person to be added as a new party if […] there is an issue involving the new party and an existing party which is connected to the matters in dispute in the proceedings, and it is desirable to add the new party so that the court can resolve that issue.”

How have the English courts interpreted and applied CPR 19.2?

The English courts enjoy a wide discretion and have interpreted CPR 19.2 broadly in the reported cases. This makes it difficult to predict what a court will decide in any individual dispute.

Waller LJ justified this approach in Davies and others v Department of Trade & Industry [2007] W.L.R. 3232 by stating that “CPR r 19.2 seems to provide a very wide power to enable parties who may be affected by a finding in any proceedings to be joined.”

Under English law, the circumstances in which a third party can be joined to existing proceedings are limited where arbitration is concerned, compared to litigation. This is not surprising, given the essentially consensual nature of arbitration.

It is important to bear this in mind, in addition to other key factors such as confidentiality, enforcement, and costs, when negotiating the dispute resolution mechanism in a contract. In other words, it is important to consider not only what the best form of dispute resolution is for the parties signing the agreement, but also how it might (or might not) affect other parties. This is perhaps easier said than done, as it can be difficult for parties to foresee the specific involvement of third parties when drafting contract terms, particularly if the agreement spans over a long-term. A possible solution is to discuss the issue with experienced legal advisors at an early stage in order to avoid incurring significant costs during legal proceedings.

This series will continue next week with our fourth and final article on the German law perspective and the considerations for non-signatory third parties to arbitration agreements in that jurisdiction. 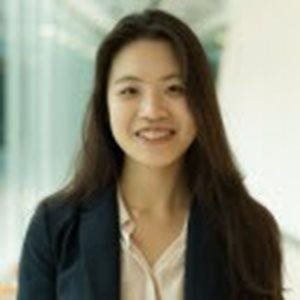