Outcome-related Fee Structures in Hong Kong to Provide Flexibility to Those Involved In Construction-Related Arbitration, as well as the Wider Community

Given the widespread prevalence of arbitration when it comes to dispute resolution in construction and infrastructure contracts, the Hong Kong government’s gazetting of the “Arbitration and Legal Practitioners Legislation (Outcome Related Fee Structures for Arbitration) (Amendment) Bill 2022”[1] on 25th March 2022 is of importance to all those involved in construction related arbitration as well as those involved in commercial arbitration generally.  Whilst there is a lot of detail in the Bill, which is widely expected to become law later this year, it will amend the Arbitration Ordinance and Legal Practitioners Ordinance to allow for certain agreements between clients and their lawyers using “outcome related fee structures for arbitration” (ORFSA)

The new outcome-related fee structures allow lawyers to charge for arbitration work on the basis of three types of success fees, namely: (i) conditional fee agreements (CFA’s), (ii) damages based agreements (DBA’s); and (iii) a hybrid of elements of both CFA’s and DBA’s.

The bill sets out the meaning of each of the fee structures, which are explained below:

It should be noted that these outcome-related fee structures only apply to arbitrations and do not apply to civil or criminal proceedings, where lawyers will continue to be prohibited from charging for their services on the basis of outcome.

Division 8 of the Bill allows for regulation and oversight of the new fee regime with the ability of the Secretary of Justice to appoint an advisory body to monitor and review the operation of the regime as well as make rules under outcome related fee structures.

In a Hong Kong Government Press Release on March 23rd 2022[2], the Department of Justice said: “… the introduction of ORFSA in Hong Kong can actively respond to the expectations of arbitration parties for flexible fee arrangements, enhance access to justice and enable Hong Kong's arbitration services to advance with the times. This will help attract more parties to choose Hong Kong as a seat of arbitration as well as use the legal services in Hong Kong.”

It is anticipated that the changes proposed in the Bill fully reflect client-led demands for a high degree of flexibility to determine to choose a payment model which best suits their needs as well as allowing lawyers to become involved in the pain/gain of litigation, with the resulting approach as set out in the Bill as being ground-breaking in adopting the advantages from various fee models in other countries whilst maintaining oversight and regulation.

If you wish to discuss any aspect of this article and issues surrounding construction related arbitration, or matters related to construction in general, please get in touch with a member of our team - contact Jon Howes, Chris Short, or Stephanie Lau. 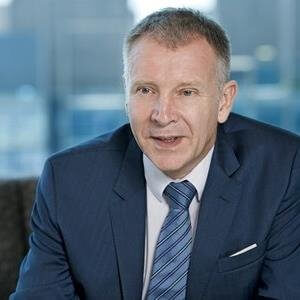