The Quincecare Duty – a new era?

The Court of Appeal’s recent decision in Philipp v Barclays Bank Plc [2022] EWCA Civ 318 looks at the scope of a financial institution’s duty to protect its customers from fraud and could lead, if the case is ultimately successful at trial, to a broadening of what is understood to be the boundaries of the ‘Quincecare duty’ placed on financial institutions and an increase in claims from the victims of fraud.

The Quincecare Duty (derived from Barclays Bank Plc v Quincecare[1]) is a duty for the financial institution to protect its customer from itself where circumstances are such as to put the bank on reasonable inquiry that there may be fraud on the account.

It was considered to strike the right balance between avoiding the imposition of burdensome obligations on banks and the need to protect customers from fraud and was not looked at again until 2017, in the case of Singularis v Daiwa (a case which ultimately went to the Supreme Court), and a handful of other cases which brought this duty back into the spotlight.

However, since the Quincecare Duty was established, the nature of fraudulent schemes has expanded considerably, with perpetrators taking advantage of a reliance on internet banking and deploying increasingly sophisticated methods. This has left both customers and financial institutions more vulnerable to being defrauded and facing greater challenges when seeking to counter these threats.  There has already been a shift from the negative duty established in Quincecare, to a new formulation requiring banks to take some form of positive action (see, for example, the decision in JP Morgan Chase Bank NA v Federal Republic of Nigeria [2019] EWHC 347 (Comm), confirmed on appeal). Should the scope of the Quincecare Duty evolve along with these dangers such that customers can expect banks to protect them from the full spectrum of risks as they emerge? This question was brought into focus in relation to authorised push payment (APP) fraud in Philipp v Barclays Bank Plc[2].

Mrs Philipp and her husband were victims of APP fraud, having been tricked into transferring over £700,000, the majority of their life savings, to separate bank accounts in the UAE under the false belief that they were moving the money into safe accounts in order to protect it from fraud.

Mrs Philipp subsequently brought an action against Barclays for breach of duty, arguing that the bank owed her a duty of care at common law in tort or implied into the contract between her and the bank, recognised as the Quincecare Duty. She submitted that the bank ought to have had policies and procedures in place for the purpose of detecting and preventing potential APP fraud and reversing or reclaiming moneys subject to it. The argument was that there were various features of the payments and of Mrs Philipp’s situation which would have alerted an ordinary prudent bank to the problem and therefore, a bank acting with reasonable skill and care would have delayed the payments and asked questions. Mrs Philipp considered that had further investigations been carried out, the risk of fraud would have been revealed and no payments would have been made.

In response, Barclays sought to strike out the claim on the basis that (i) there was, as a matter of law, no duty of care in these circumstances; and (ii) Mrs Philipp’s case failed on causation as she had been so thoroughly deceived that even if the bank had taken the steps she alleged it ought to have taken, she would have gone ahead anyway.

The judge at first instance expressed sympathy for Mrs Philipp but also recognised that it would not be fair, just or reasonable to impose liability on the part of the bank in respect of the APP fraud perpetrated upon Mrs Philipp, commenting that such liability could only rest upon what the judge regarded to be “an unprincipled and impermissible extension of the Quincecare Duty”. He made no finding as to causation as he determined that even if he rejected the bank’s case on duty of care, he would not have decided the causation issue at this stage – it was a matter for trial (there was no appeal from that finding). Therefore, Barclays was successful in obtaining reverse summary judgment.

Mrs Philipp appealed and the Court of Appeal has now overturned the summary judgment.

In its judgment, the Court of Appeal recited the arguments submitted by the parties before the High Court and revisited the relevant authorities. Birss LJ rejected Barclays’ submissions that the Quincecare Duty is limited to cases in which there is fraud by an agent acting for the customer. Whilst previous cases discussing the duty had involved instructions from a fraudulent agent acting for a company or firm,  Birss LJ stated: “Crucially the line of reasoning identified does not depend on whether the instruction is being given by an agent. It is capable of applying with equal force to a case in which the instruction to the bank is given by a customer themselves who is the unwitting victim of APP fraud provided the circumstances are such that the bank is on inquiry that executing the order would result in the customer’s funds being misappropriated.” It was, therefore, at least possible in principle that a relevant duty of care could arise in the case of a customer instructing their bank to make a payment when that customer was the victim of APP fraud. Trial was the place to decide whether the duty actually arose in the factual circumstances of the case – facts which included that the payments were unusual for Mrs Philipp against her accounting history, the payments were vast sums and were to be paid to a company account in the Middle East. As such, the case was not suitable for being dismissed summarily and the summary judgment was set aside.

An important reason why the first instance judge had come to the conclusion that it would not be fair, just or reasonable to impose liability on the part of the Bank in respect of the APP fraud perpetrated upon Mrs Philipp, was that he accepted the bank’s submission that the duty contended for by Mrs Philipp would be unworkable in practice. The Consumers’ Association, Which?, applied to intervene in the appeal, contending that the bank was wrong to say that the duty would be onerous or unworkable, arguing that by 2018 ordinary banking practice in checking whether customers were victims of fraud was more advanced than was appreciated by the judge.

Birss LJ considered that this question needed to be examined at trial – the judge had erred in making a finding on a summary basis. Whilst acknowledging this, he commented that the existence of voluntary codes of practice for banks could support the argument that such measures would indeed be practical. Further, Birss LJ did not accept that a finding in support of Mrs Philipp in this case would necessarily mean it would apply across the board and thereby undermine the bank’s ability to transact its customers’ business in a timely fashion (including the many millions of low value BACS transfers that are executed every day). As he put it: “The key is the careful calibration of the Quincecare duty itself. It is a duty conditioned by whatever ordinary banking practice is at the relevant time. A finding that the facts of Mrs Philipp’s case would, when considered alongside ordinary banking practice in March 2018, have put an ordinary prudent banker on inquiry about APP fraud, simply does not mean that the circumstances associated with any one of the many millions of low value BACS transfers would do so.”

This judgment is not necessarily an expansion of the Quincecare duty in law. Rather the Court of Appeal held that the authorities support its findings that the duty is not necessarily confined to situations involving agents of companies, which, according to the Court of Appeal, the judge misunderstood at first instance. However, given the number of victims suffering from APP fraud (it is the second biggest type of fraud reported by UK Finance (the trade association for the UK banking and financial services sector) after card fraud), financial institutions may now find themselves subject to a significant increase in claims from those who have found themselves the victim of such frauds. As the Court of Appeal found, it is for the trial judge to determine whether the factual circumstances which led Mrs Philipp to lose vast sums to fraudster give rise to the Quincecare duty. Nevertheless, it would be prudent for financial institutions to ensure they have proper policies and procedures in place to not only warn customers of potential frauds and scams but to also take positive action to prevent payments from being made in circumstances where they are or should be on notice that a customer may be a victim if a fraud, such as APP.

It will inevitably be a question of finding the right balance between a realistic practice of safeguarding, which banks can reasonably be expected to implement, and the ability to protect customers from a full array of fraudulent schemes, however elaborate. Whilst banking practices and technology in identifying potential frauds are more sophisticated than at the time Quincecare was decided, fraud strategies and techniques continue to change and develop at pace, especially  compared with advances in the law. Finding and maintaining that balance between realistic safeguarding and protection from a full array of fraud will be a challenge and it is difficult to know where the scope of the Quincecare Duty may stretch. 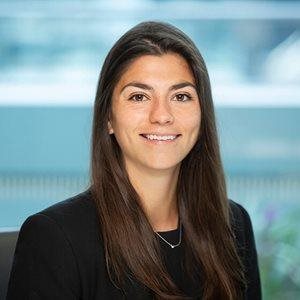