The Competition Appeal Tribunal (CAT) has refused to grant an opt-out collective proceedings order (CPO) in favour of either of the two individuals vying for the class representative position in the Spot Foreign Exchange (Forex) follow-on claims.

The substantial judgment (which runs to over 250 pages) can be found here.

In May 2019, the European Commission announced that it had fined a number of banks in excess of EUR 1 billion for taking part in two cartels in the Forex market for 11 currencies. The two cartels that were the subject of separate ‘Cartel Decisions’ were:

The Commission found that traders from participating banks were exchanging sensitive information and trading plans and occasionally coordinating trading strategies. All the banks acknowledged their involvement in the cartels and the Cartel Decisions were reached under the cartel settlement procedure.

The CAT then received two applications to commence collective proceedings under s47B of the Competition Act 1998 to combine follow-on claims for damages for breach of Article 101 of the Treaty on the Functioning of the European Union based on the Cartel Decisions:

Issues to be determined

It was decided following the joint case management conference in early 2020 that, because of the novel issues raised, the matter of who was most suitable to act as the class representative (known as a “carriage dispute”) could not be determined as a preliminary issue and there would need to be a substantive hearing on:

The CAT handed down its decision on 31 March 2022. A consequential matters hearing was due to take place on 5 May 2022 but was vacated.

Before engaging with the issues surrounding the granting or refusal of a CPO, the CAT decided first to consider any potential strike out of the claim, though there had been no application for strike out made by any of the Respondents.

The CAT concluded that it could, of its own initiative, strike out a claim which would involve consideration as to whether the Applicants have reasonable prospects for making the claims they do (rule 41(1)(b) of the Tribunal Rules). In this particular case, the CAT appeared concerned with the issue of causation, considering that litigating this issue was going to involve all parties in “enormous expenditure of cost and time, and considerable court time” such that it would be “irresponsible” of the CAT not to consider the question of strike-out.

Interestingly, the CAT considered that, due to the level of “generality or abstraction” in the pleadings, that both the O’Higgins and Evans Applications could be struck out under rule 41(1)(b). However, the CAT also decided that this was a jurisdiction that the CAT should not, at this stage, exercise because the Applications raised some “novel and difficult” arguments.

There are two conditions for the grant of a CPO, as set out in section 47B of the Competition Act. The first concerns authorisation of the person seeking to bring the proceedings as the representative of the proposed class (the authorisation condition). The second requires that the claims are eligible for inclusion in collective proceedings (the eligibility condition). As to certification in this particular case, the majority concluded that each Application – if it were the only application in issue – could and should be certified as collective proceedings as both the authorisation condition and the eligibility condition[CL1]  were met.

This then led to consideration as to whether the proceedings should be certified on an opt-in or opt-out basis.

Under the Competition Act 1998, collective proceedings may either be brought on an opt-in or an opt-out basis. Opt-out proceedings will bind all persons within the class, except those who have opted out, whereas opt-in proceedings only apply to those within the class who have opted to be involved in the class action. When deciding on this issue, the CAT took an approach of considering the authorisation condition and eligibility condition which were relevant to the Certification Issue and then considered some further factors.

In relation to the authorisation condition, the CAT held that the fact that neither applicant was a pre-existing body, such as a trade association with an established purpose to represent a specific class, would lend to the argument that this application should not be certified on an opt-out basis. Further, the CAT expressed a concern about the level of funding each proposed class representative had and the risk in them effectively being “forced into an early settlement because of a lack of a sufficiently large fighting fund”. Again, this inclined the CAT against opt-out proceedings but, overall, they considered it a “marginal but not immaterial” consideration.

In relation to the eligibility condition, the CAT considered a number of factors. With opt-out proceedings, the costs are not borne by the class, but instead deducted from any damages, which the CAT commented was a reason in favour of advancing opt-out proceedings. However, the CAT also considered that it is better to have opt-in proceedings where there is a risk of overlapping claims (in reference to the ongoing Allianz Global Investors GmbH v. Barclays Bank plc proceedings which have been transferred from the High Court to the CAT), as it is better for class members to take the conscious decision to opt-in.

In addition, the CAT considered that the claims pleaded were weak and this amounted to a powerful reason against certifying on an opt-out basis. The CAT also emphasised that the Applicants had failed to substantiate their Applications with many potential claimants and, hence, opt-out proceedings could not be practicable. Nonetheless, the CAT held that despite the small portfolio of claimants, the sophistication of the potential litigants and the overall quantum of the claim meant that there would be substantial individual claims and so it could be practicable for the claimants to join on an opt-in basis.

Overall, a majority of the CAT determined that, when considering the practicability of bringing the claim, it would be best to run the proceedings on an opt-in basis.

It is worth noting that one member of the CAT did dissent from the majority and considered that the CPO should be granted on an opt-out basis. He stated that although a high-level analysis of comparing both opt-in and opt-out proceedings was conducted, not enough consideration was given to the practical implications of the claim proceeding on an opt-in basis. Furthermore, the dissenting judgment highlighted that the opt-in proceedings would in fact be more costly to applicants and provide a less favourable funding package to the potential claimants.

The Carriage Issue was no longer a substantive point to be considered by the CAT, after its majority decision not to certify the claims as opt-out proceedings.

In summary, the CAT concluded that the Applications could not be certified on the requested basis of opt-out proceedings. As such, the Applications were stayed and the Applicants given permission to submit a revised application for certification on an opt-in basis within three months of judgment.

The CAT’s majority decision not to certify the Applications as opt-out proceedings is significant as the proceedings seem unlikely to go ahead on an opt-in basis (as the class would bear any irrecoverable costs which will act as quite a deterrent to joining the class). Indeed, the claimant law firms seeking to pursue the Applications have had (not for lack of trying) little traction to date in garnering interest from potential claimants according to the evidence given at the hearing. As the CAT put it: “proceedings should not go ahead when the claimant class has evinced no desire to access justice”.

However, it appears that the class representatives have indicated an intention to appeal such that it may not be the end of the road just yet for this litigation.

That said, it appears that the CAT will not shy away from flexing its powers under rule 41(1)(b) in the future to strike out claims. The CAT seemed quite concerned that the Applications appeared based on economic theory alone and a lack of a sufficiently pleaded case on causation.

This judgment will undoubtedly provide further useful guidance to the plaintiff bar as to the types of claims that the CAT will and will not certify as the collective proceedings regime in the UK continues to mature.

[CL1]Might be helpful to quickly explain what these conditions are? Particularly as they are also relevant to the opt-in considerations 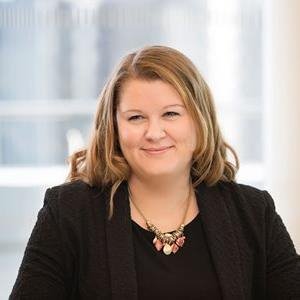