The Supreme Court has handed down its judgment in the above cases (heard together), allowing the appeals and holding that there is no general legal principle that all public bodies should enjoy a protected costs position when they lose a case which they have brought or defended in the exercise of their public functions in the public interest.

As the appeal concerned the circumstances in which costs can be awarded against public bodies (including regulators) when their decisions are successfully appealed, it attracted considerable attention, and interveners included the Association of the British Pharmaceutical Industry in support of Flynn and Pfizer, and the Office of Communications (“Ofcom”) and the Solicitors Regulation Authority (“SRA”) in support of the Competition and Markets Authority (“CMA”).

The CAT also ordered the CMA to pay some of Flynn and Pfizer’s costs of the appeal. It did so under Rule 104(2) of the Competition Appeal Tribunal Rules 2015 (“the 2015 Rules”), which states that the CAT may “make any order it thinks fit in relation to the payment of costs”.

The CMA appealed that costs order to the Court of Appeal. The Court of Appeal set it aside and ordered that there should be no order as to costs. It held that the CAT had disregarded a general legal principle based on a line of cases - beginning with Bradford Metropolitan District Council v Booth [2000] 164 JP 485 (“Booth”) - that where a tribunal or court’s power to make an order about costs does not include an express general rule or default position, its starting point should be to make no order for costs against a public body when it has been unsuccessful in bringing or defending proceedings in the exercise of its statutory functions, unless there is some good reason to do so (e.g. unreasonable conduct on the part of the public body). Flynn and Pfizer appealed to the Supreme Court.

The Supreme Court held that there is no generally applicable principle that all public bodies should enjoy a protected costs position when they lose a case.

Rather, the principle in the Booth line of cases is that an important factor for a tribunal or court to consider when determining costs awards is the risk of a “chilling effect” on the conduct of the public body if costs orders are routinely made against it, even where it has acted reasonably in bringing or defending the application. Whether there is a real risk of such a chilling effect depends on (a) the facts and circumstances of the public body in question and (b) the nature of the decision which it is defending. It cannot be assumed that there is a risk just because the respondent to the appeal is a body acting in the public interest. Further, the assessment of the risk of the chilling effect is best made by the tribunal or court in question, subject to the supervisory jurisdiction of the appellate courts.

In considering the potential chilling effect here, the Supreme Court considered a variety of factors, including that the CAT had long applied a “costs follow the event” starting point, its funding by the government (which dispelled any concern its conduct would be influenced by the risk of adverse costs orders, since it could set these off against the income it received from the fines it imposed), the good policy reasons for it to adopt a starting point of “costs follow the event”, and the positive discipline associated with the CMA having exposure to adverse costs orders if its actions were not well-founded.

Accordingly, the CAT’s costs order against the CMA, made from the starting point that “costs follow the event”, was appropriate and should be reinstated.

Where the powers of a court or tribunal reviewing the decision of a regulator (or other public body exercising a public function) contain express general rules or a default position for the award of costs, including against the regulator/public body, then these should be followed as normal.

However, where the court or tribunal’s powers contain no such general rules or default position, but only an unfettered discretion as to costs, then this judgment makes it clear that costs awards can still be made against the regulator/public body, even where it has acted reasonably, if there is no prohibitive “chilling effect” in doing so – assessed with reference to the factors discussed in this judgment.

Finally, there may be other circumstances outside the ambit of this judgment where there is precedent for a costs award against the regulator/public body – for example, if it acts unreasonably or financial hardship is likely to be suffered by a successful party if no costs order is made. 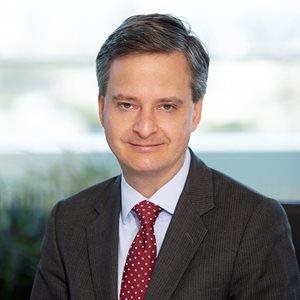