Those operating in the construction sector have experienced significant material price increases over the past few months. Focusing on Qatar specifically, this article examines the causes of these ongoing increases in costs, where contractual responsibility for them generally lies and provides some examples of provisions of contract or Qatari law which might assist in mitigating their impact.

Causes of increases in costs

The COVID-19 pandemic caused a wave of factory shutdowns, disruption to trade routes and unprecedented fluctuations in demand. Copper has seen a 70% price increase and iron ore has more than doubled in price, leading to an all-time high cost of steel. In addition, shortages of shipping containers and a recent spike in oil prices and other commodities have exacerbated what was already a difficult situation. The effects continue to be felt throughout supply chains, even as most countries are now rolling back restrictions.

The introduction of Qatar's Law No. 17 of 2020 (the Minimum Wage Law) sets a baseline for wages and allowances for all those working in Qatar, which became effective in March 2021. This Minimum Wage Law may have raised contractors’ forecast labour costs.

Primarily, the responsibility for increases in costs ought to be spelled out in the relevant contract. Article 171(1) of Qatar’s Law No. 22 of 2004 (the Civil Code) sets out that the terms of any contract should be enforced, unless they conflict with the mandatory provisions of the law.

However, as the past couple of years have proved, it is not always possible to predict every eventuality. Parties may fail to account for cost increases or draft bespoke terms to address them.

“Without prejudice to the provisions of paragraph (2) of article 171, increases in the prices of raw materials, workers’ salaries and other costs shall not influence the scope of contractual obligations.”

Common contractual provisions seek to place the risk for increases in costs with the contractor. Taking as an example the FIDIC Red Book First Edition, 1999 (the Red Book), on which many contracts in Qatar are based, the contractor is responsible for the manufacture of Plant and the production and manufacture of Materials [1]. Additionally, clause 13.8 of the Red Book states:

“To the extent that full compensation for any rise or fall in Costs is not covered by the provisions of this or other Clauses, the Accepted Contract Amount shall be deemed to have included amounts to cover the contingency of other rises and falls in costs.”

For a contractor to obtain relief from the impact of increased costs, it is crucial that a legal basis for a claim is identified in the contract or Qatari law. Here, careful legal analysis is imperative. For example, a contract may not contain an express inflation clause, but may include compensation by way of costs if a breach by a contractual counter-party can be identified.

Extensions of time and costs

A key point to identify is whether a contract entitles a contractor to “costs”, alongside an extension of time or another claim. Such costs could capture inflation which arises during the period of delay. A good example of this is FIDIC Yellow Book 1999 (the Yellow Book) clause 2.1, which mandates that a delay caused by the employer in providing access to the site would entitle the contractors to an extension of time and the costs that the contractor incurred (as well as reasonable profit).

Variation clauses within contracts differ widely on whether a contractor is entitled to standard rates with respect to varied works, or “costs” for the same. Again, if the contract allows for “costs”, the contractor may be able to recover increases in costs. Other areas to consider are whether the variation incorporates materials for which the contract does not include a standard rate, as this may give rise to valuation by reference to market rates.

Adjustments for changes in cost

Where inflation provisions are included in a contract, we often find that they are poorly drafted or that they are not amended to suit the works. For example, we have seen inflation provisions in Qatar contracts tied to material prices in the UK. Additionally, the formula used in clause 13.8 of the Red Book can lead to a contractor only receiving 20% of the increased costs.

A further possible route to the contractor recouping increased costs is through a clause which deals with changes in legislation. We have seen amended FIDIC contract clauses used in Qatar (in particular those based on clause 13.7 of the Red Book) which specify that contractors are entitled to an increase in the contract price where a change in legislation arises. In light of the passing of the Minimum Wage Law, claims for increased costs have been successful under such provisions.

Careful consideration of Qatari law is required in light of each specific issue, and contractors may find that provisions of the Civil Code offer relief in respect of increased costs. For example, Article 171(2) of the Civil Code states that where exceptional, unforeseeable events render performance of a contract burdensome (as opposed to impossible) a court or arbitral tribunal may balance the interests of the parties and restore the obligations to a reasonable level. Potential relief under Qatari laws is typically a fact specific process taking into account the circumstances and nature of the obligation itself.

It is hoped that stability in the commodities markets will be restored soon and in the meantime employers and contractors need to think carefully about the implications of price fluctuations on their projects.

While price fluctuations are ordinarily a contractor risk, the provisions of the contract and the Civil Code (such as the examples discussed above) need to be considered in order to accurately establish the parties’ rights.

If you would like further information or advice on points raised in this article or other construction law matters, please do not hesitate to contact Jonathan Parker or Christoper O'Brien. 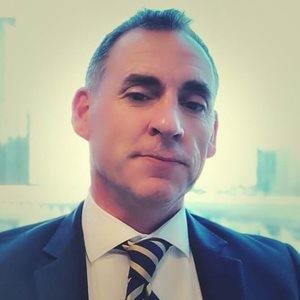 21 March 2022
A quick guide to staff mobilisation in Qatar