A familiar set of parties have once again appeared before the courts, this time to deal with novel issues related to the jurisdiction of a province’s superior courts to deal with statutory privacy claims pursuant to the legislation of a different province as well as issues surrounding the burden of proving consent to the collection and use of personal information.

Douez v Facebook, Inc. has a long history before the courts. The proceeding was originally commenced in 2012, certified in 2014 but was subject to a lengthy battle over whether the BC courts should decline jurisdiction given a forum selection clause in Facebook’s terms of use which stipulated California was the appropriate jurisdiction to resolve disputes. The Supreme Court of Canada ultimately ruled that the forum selection clause was not enforceable, and certification of the class proceeding was ultimately upheld, though varied, on appeal in 2019. The plaintiff ultimately then amended her claim to expand the class to include residents of Saskatchewan, Manitoba and Newfoundland Labrador to take advantage of the newly created “opt out” regime for class proceedings in British Columbia.

The crux of the claim is that Facebook allegedly used class members’ names and images without consent and in violation of the privacy statutes in British Columbia, Saskatchewan, Manitoba and Newfoundland/Labrador in its now defunct advertising program referred to as “sponsored stories.”

In January 2022, Ms. Douez moved for a summary trial on the common issues. Facebook opposed the motion arguing that: (i) the BC court lacked jurisdiction to determine the privacy claims pursuant to the Manitoba and Newfoundland legislation; and (ii) the matter generally was not suitable for determination by way of summary procedure.

Facebook argued that the BC court could not determine the statutory claims under the Manitoba and Newfoundland legislation as those statutes granted exclusive jurisdiction to their respective provincial superior courts.  In making this argument, Facebook relied on a line of Ontario authorities which held that a provincial legislature’s decision to confer subject matter jurisdiction to a particular court means that all other courts – including superior courts in other provinces – do not have jurisdiction over that subject matter.

The BC Supreme Court ultimately rejected this argument finding that statutory exclusive jurisdiction operated to prevent other courts within the provinces of Manitoba and Newfoundland respectively from adjudicating the privacy claims.  However, the BC Court determined that as a matter of Canadian constitutional law, the provincial legislatures cannot legislate extraterritorially and therefore lacked the power to enact legislation which abolishes or otherwise limits the inherent jurisdiction of any courts beyond the province’s borders.

Accordingly, the BC Court determined that it had adjudicative competence to decide the claims under the Manitoba and Newfoundland statutes; whether it should exercise that competence was then a question of whether there was another more appropriate forum in which to hear the dispute.  However, as Facebook did not raise any objection on the basis that other courts were better suited to hear the dispute, the BC Court was required to exercise its jurisdiction over the extra-provincial statutory claims.

The Court then found that it could determine the common issues of Facebook's liability by way of a summary trial but deferred issues relating to appropriate remedies and damages to determination by way of a conventional trial.

On the liability issues, the Court found that Facebook had not obtained either the express or implied consent required by the provincial legislation to use class members’ names and images as part of the sponsored stories advertising.

Importantly, the Court considered the issue of who bears the burden of proving valid consent or the lack therefore.  Under the four provincial statutes in issue, only Manitoba’s legislation expressly placed the burden on a defendant to prove consent.  The Court considered all four statutes however and concluded that a defendant is best suited to prove consent in the circumstances.   While the plaintiff will have to establish a prima facie breach of the relevant legislation, that threshold is low and will be easily satisfied.  The burden will then shift and rest with a defendant to prove valid consent was given as a defence in the circumstances.

It is reasonably clear that the Court’s determinations on the issue of jurisdictional competence and the burden of proving valid consent will not be the final word on these matters.

As it now stands, the BC and Ontario courts have taken different approaches to the issue of their adjudicative competence with respect to the statutory tort claims arising out of extra-provincial legislation and appellate intervention will likely be required to clarify this scope of the provincial superior courts’ jurisdiction. 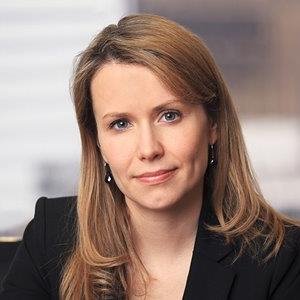