This is the first article in Clyde & Co’s international arbitration series covering the availability of interim measures across various European jurisdictions. In this piece, associate Constance Malleville from our Paris office provides the French legal and procedural perspective.

In lengthy and complex disputes, parties may be faced with the need to obtain immediate and temporary protection of their rights or property, pending a decision on the merits. Applications for interim and conservatory measures are therefore common in international arbitrations. Under the French law of arbitration, Articles 1449[1] and 1468[2] of the Code of Civil Procedure (CCP) authorise state courts and arbitral tribunals to order such measures.[3]

It is a well-established rule of international arbitration that arbitral tribunals have the power to grant interim or conservatory measures. Indeed, all major arbitral institutions provide for this in their rules[4] and it is widely accepted in practice.[5]

Under French law, Article 1468 of the CCP specifies that arbitral tribunals are empowered to “take any protective or provisional measure it deems appropriate under the conditions it shall determine”. Hence, absent any specific definition, this provision covers all interim and conservatory measures and reflects the liberalist approach of French law towards the scope of arbitral tribunals’ jurisdiction.

Such liberalism is confirmed by the Paris Court of Appeal‘s ruling that the arbitrators’ jurisdiction to issue such measures is an “inherent and necessary extension of the function of judging to ensure greater effectiveness of the jurisdictional power".[6]

As for enforcement, parties usually comply voluntarily with interim and conservatory measures awarded by arbitral tribunals, for fear of adverse inferences being drawn in decisions on the merits. This is particularly true now that Article 1468 of the CCP recognizes the power of arbitrators to attach a fine to the ordered interim measure (astreinte), which applies additional pressure on the parties.[7]

However, the power of arbitral tribunals to grant interim measures is limited in two ways. First, arbitrators cannot order measures against third parties to the arbitration, given the principle of privity of the arbitration agreement. Second, arbitrators lack imperium (the authority of the state) and therefore cannot force the execution of the ordered interim measures in the absence of voluntary compliance by the debtor. In such circumstances, the applicant is generally left with no choice but to apply to the competent state courts to seek exequatur of the interim decision, and then obtain an order compelling the recalcitrant party to comply.

Obtaining exequatur from state courts often seems incompatible with the urgency of such interim measures. Moreover, it implies that the arbitrators’ interim decision must be recognized as an arbitral award. French case law defines an arbitral award as a decision "which definitively settles, in whole or in part, the dispute submitted to them, whether on the merits, on jurisdiction or on a procedural ground which leads them to terminate the proceedings" (emphasis added).[8] It follows that interim decisions should not normally be called ‘awards’ since they do not decide the main issue, nor do they definitively settle the dispute.[9] However, in a recent decision, the Paris Court of Appeal conceded that a decision ordering an interim measure could qualify as an arbitral award.[10]

Interim measures available from French State courts before the arbitral tribunal is constituted.

Paragraph 1 of Article 1449 of the CCP now specifies that parties can only apply for interim measures as long as the arbitral tribunal has not yet been constituted, with certain exceptions.[11] Applications may be made either before the President of the Tribunal Judiciaire or of the Tribunal de Commerce, at the claimant’s option.

Interim measures that are available include:

The CCP now draws a clear distinction between investigative measures under Article 145, which do not require any demonstration of urgency,[12] and other interim and conservatory measures which do[13].

Contrary to interim and conservatory measures ordered by an arbitral tribunal, state judges have the authority of the state (imperium) and can therefore order immediately enforceable measures, which may be complemented by a fine (astreinte) as set out in Article L.131-1 of the Civil Enforcement Proceedings Code.

In practice, and despite significant improvements since the reform of 13 January 2011, the French legal regime remains controversial.

On one hand, interim relief orders (référé-provison) raise difficulties in the presence of an arbitration agreement, since the judge must assess the merits of the case so as to determine the amount of the interim provision, in anticipation of the decision that will eventually be adopted by the arbitral tribunal. Therefore, it is not rare that creditors apply for such measures so as to collect debts before the arbitration has commenced, thus avoiding costly and lengthy arbitral proceedings on the merits. Such tactics are heavily criticised as contravening the essence of the arbitration agreement, according to which the arbitral tribunal should stand as the natural judge while state judges should only play a supportive role (juge d’appui).

On the other hand, the fact that state courts may only grant interim measures if the arbitral tribunal has not yet been constituted appears inappropriate to some arbitration practitioners, since arbitral tribunals are not always the most proper body to order such measures in a speedy and efficient way.

It is worth noting that so-called “emergency arbitrators” have the power to grant interim relief before the constitution of the arbitral tribunal.[14] Recourse to emergency arbitrators can therefore be an effective way to escape state court proceedings at an early stage.

Interim measures in the exclusive jurisdiction of French state courts, even when the arbitral tribunal is constituted

Articles 1449 and 1468 of the CCP provide that in any case, and even after the constitution of the arbitral tribunal, the state courts’ enforcement judges (juge de l’exécution) have exclusive jurisdiction to order two types of interim measures, namely conservatory attachments (saisie conservatoire) and judicial securities (sûreté judiciaire),[15] as well as to enforce such measures.[16]

Conservatory attachments can indeed be made against all movable assets even if they are held by a third party (for instance, freezing of bank accounts), and judicial securities for a claim can be made in relation to immovable assets (mortgage, pledging of shares, etc.).

It should be noted, however, that the interim decision of the enforcement judge, which will be limited to verifying that the claim appears to be well-founded in principle and that its prosecution is threatened, will of course have no authority over the jurisdiction of the arbitral tribunal on the merits.

Article 1469 of the CCP now authorises a party to the arbitration who “intends to refer to an authenticated or private document to which he or she was not a party or to a document held by a third party” to summon, at the invitation of the arbitral tribunal, this third party before the President of the Tribunal Judiciaire for the purpose of obtaining the production of the deed or document.

Such a request, albeit being in the exclusive jurisdiction of state courts, still requires the consent of the arbitral tribunal.

We note in passing that it is unfortunate that the 13 January 2011 Decree has not provided any mechanism to compel a third party to appear as a witness before an arbitral tribunal.

This series will continue next week with the Spanish perspective on interim measures in international arbitration.

[1] Article 1449 of the CCP: “The existence of an arbitration agreement shall not prevent a party, as long as the arbitral tribunal has not been constituted, from bringing an action before a court of the State for the purpose of obtaining a measure of inquiry or an interim or protective measure. Subject to the provisions governing protective attachments and judicial securities, the application shall be brought before the president of the judicial or commercial court, who shall rule on the investigative measures under the conditions provided for in Article 145 and, in case of urgency, on the interim or protective measures requested by the parties to the arbitration agreement.” This provision is applicable to international arbitration by reference to Article 1506(1) of the CCP.

[2] Article 1468 of the CCP: “The arbitral tribunal may order the parties, under the conditions it shall determine and if necessary, under penalty of a fine (“astreinte”), to take any protective or provisional measure it deems appropriate. However, the State court alone shall have jurisdiction to order protective attachments and judicial securities. The arbitral tribunal may modify or supplement the provisional or protective measure it has ordered.” This provision is applicable to international arbitration by reference to Article 1506(1) of the CCP.

[3] In addition, the seizure or freezing of assets and methods of enforcement are governed by the Civil Enforcement Proceedings Code.

[7] Arbitrators’ jurisdiction to attach a fine (astreinte) was introduced by the reform of French arbitration law carried out by the Decree of 13 January 2011.

[9] Cass. 2nd Civ., 6 December 2001, No. 99-21.870, Petit Perrin c/ Dor de Saint Pulgent. In this case, the Cour de Cassation (French Supreme Court) ruled that a decision ordering an expert opinion as well as urgent and provisional measures could not be appealed independently of the award on the merits because it "participated in the investigation of the dispute and did not prejudge its settlement".

[10] CA Paris, 7 October 2004, S.A. Otor Participations v S.A.R.L. Carlyle (Luxembourg) Holdings 1, JurisData No. 2004-262342. In this case, the Court ruled that "the arbitral tribunal made a final decision on the request for interim measures submitted to it, and the limitation of the measures ordered to the duration of the proceedings did not undermine the res judicata effect of its decision, which the arbitrators were able to express in the form of an award".

[12] Article 1449 paragraph 2 of the CCP provides that the president of the commercial court or the court of first instance "shall decide on the measures of inquiry under the conditions provided for in Article 145 [...]", which does not include urgency.

[15] See Article 213-5 of the Code of the Judicial Organization granting jurisdiction to the President of the Tribunal Judiciaire. 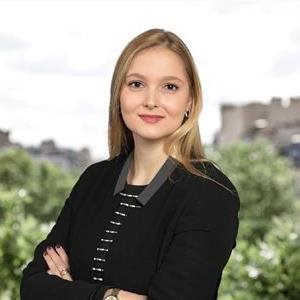