In the case of Law Ting Pong Secondary School v Chen Wai Wah [2021] HKCA 873, the Hong Kong Court of Appeal (“HKCA”) has made clear Hong Kong’s position on the interpretation of penalty clauses. While this decision was issued in the course of last year, given the number of disputes we have been experiencing which relate to how penalty clauses are interpreted, we thought it useful to provide a refresher on this decision and what the present position under Hong Kong law is on penalty clauses.

Prior to Law Ting Pong, the approach to penalty clauses taken by the Hong Kong Courts was based on the 1915 “Dunlop test”, as enunciated in the English case of Dunlop Pneumatic Tyre Company v New Garage & Motor Co Ltd [1915] AC 79. This English case had set down the test to distinguish an unenforceable penalty clause from an enforceable liquidated damage clause by determining whether the compensation sought by the innocent party is a “genuine pre-estimate” of its loss or a mere attempt to penalise and deter a breach.

Whilst we have seen some flexibility in the HKCA’s approach to penalty clauses in recent years to accommodate modern commercial developments, there remained uncertainty (prior to this judgment) on how the Hong Kong Courts would view penalty clauses in light of significant developments in this area of law in the UK and other neighbouring common law jurisdictions. The position is now clear with Law Ting Pong – the HKCA has expressly followed the UK decision in Cavendish Square Holdings BV v Talal El Makdessi [2016] AC 1172, effectively departing from the “genuine pre-estimate of loss” approach in Dunlop to a comprehensive assessment of the innocent party’s “legitimate interest” in the performance of the contract.

The parties’ dispute arose in 2017 when the claimant/appellant school (“School”) put up a newspaper advertisement to recruit the defendant/respondent teacher (“Teacher”) for the school term commencing on 1 September 2017. On 17 July 2017, after two rounds of interview and a trial lesson, the School decided to offer the Teacher a position at its school and issued three documents, namely, a Letter of Appointment, Conditions of Service and a Letter of Acceptance, to the Defendant to confirm such employment. On the same day, the Teacher returned a signed Letter of Acceptance accepting the offer. Consequently, the Teacher decided to continue with his original employer and reneged on the employment contract with the Claimant on 22 August 2017 (just over a week prior to the commencement of the school term).

Central to the parties’ dispute was that the Conditions of Service provided that should the Teacher wish to terminate his employment, he was required to give the School three-months’ notice to effect the termination, or alternatively make a payment in lieu of the notice period (“Termination Provision”). It must also be noted that the Letter of Acceptance had provided that the Teacher had accepted his appointment in accordance with the Conditions of Service and that such employment will take effect immediately upon his acceptance of the offer (i.e. by returning a signed copy of the letter).

The dispute was initially referred to the Labour Tribunal before which the School had succeeded as the Labour Tribunal had taken the view that the Termination Provision had become binding upon the Teacher’s signing of the Letter of Acceptance and the Conditions of Service and not only during the actual employment period as the Teacher had argued. The Labour Tribunal had further ruled that the Termination Provision was not unenforceable as a penalty clause as the three months’ payment in lieu of notice was a genuine estimate of the School’s loss in finding a replacement teacher and as such it was a valid clause providing for liquidated damages.

It was argued by the Teacher before the HKCA that the Termination Provision amounted to a penalty clause, given that the payment in lieu of notice in question was wholly disproportionate to the monetary loss suffered by the School. To this end, the Termination Provision was solely aimed to deter the Teacher from committing a breach and should therefore be unenforceable as a penalty clause.

Relying on Cavendish, the HKCA held that whilst the traditional approach set down in Dunlop might be applicable in more straightforward cases, the true test is to first identify the legitimate interest of the innocent party which is being protected by the clause, and then assess whether the clause is out of all proportion to the innocent party’s legitimate interest by considering the circumstances in which the contract was made.

In assessing whether a clause is indeed a penalty clause, the HKCA accepted that a two-stage exercise set down in the Cavendish case should be followed:

Applying these principles, the HKCA took the view that the doctrine on penalty clauses did not arise in this cause because the Termination Provision (i.e. payment in lieu of notice) was a primary obligation in itself. The payment in lieu provision was a mutual mechanism agreed by the parties to terminate their employment relationship as opposed to a claim for damages in a breach of contract scenario. Therefore, the School was making a claim for a contractual debt and not damages arising from the Teacher’s breach.

Even assuming the Termination Provision was a liquidated damages clause, the HKCA concluded that the payment in lieu provision was not extravagant and disproportionate to the School’s legitimate interest in the Teacher’s performance of the employment contract, having regard to the difficulty in finding a replacement teacher and the short time frame between the Teacher’s termination and commencement of the school term. The HKCA further considered that there was legitimate interest on the part of the School, being a secondary school, to ensure a stable and quality supply of teaching staff for its students.

Although the facts in this case related to a seemingly mundane employment relationship between a secondary school and its teaching staff, the principles set down in this Court of Appeal judgment is of great importance in interpreting penalty clauses in commercial contracts governed by Hong Kong law.

Crucially, it is worth noting that given Hong Kong’s adoption of the Cavendish decision in Law Ting Pong, there is now a divergence on the approaches to penalty clauses in key common law jurisdictions and dispute resolution hubs in Asia. Hong Kong now applies the “legitimate interest” test in Cavendish while Singapore adopts the “genuine pre-estimate of loss approach” in Dunlop. With this in mind, to ensure the validity and enforceability of liquidated damages clauses in commercial contracts, one also needs to carefully consider, at the drafting stage, issues such as jurisdiction and governing law. 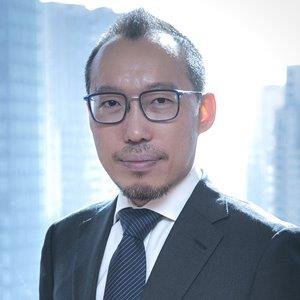 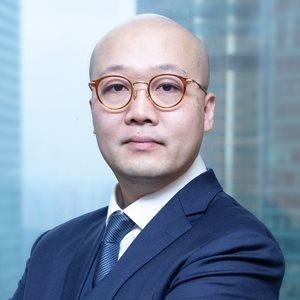