For the first time following the Grenfell Tower tragedy, the Technology and Construction Court (TCC) has issued its judgment in a dispute relating to combustible cladding. It is a highly significant case for the wider construction industry as we now have an insight into the TCC’s likely approach for future cladding disputes.

The dispute concerned five concrete tower blocks built in the 1960’s in Gosport, Hampshire to provide social housing. All five blocks were significantly in excess of 18 metres in height. A decision was made in the early 2000’s by the owner of the towers, Kelsey Housing Association Limited (Kelsey), to refurbish the towers. Kelsey appointed the Defendant (Mulalley & Co Ltd) under a design and build contract to complete the refurbishment works which included the application of external wall insulation (EWI) cladding to most elevations to improve their resistance to cold and damp penetration.

The EWI rendered cladding system applied to the walls of the towers was a proprietary system known as StoTherm Classic render which consisted of an inner layer of expanded polystyrene (EPS) insulation boards which are fixed to the existing external wall. In this particular case, the EPS was fixed with adhesive with supplementary mechanical fixing dowels.

The StoTherm Classic system was intended to provide improved thermal performance and waterproofing whilst also achieving a more attractive decorative finish. However, EPS and the organic acrylic render applied over it are combustible substances, such that the installation created a fire risk which had not previously existed with the concrete construction. In order to mitigate this known risk, StoTherm Classic incorporated the use of horizontal mineral wool fire barriers at each floor above the third storey.

No problems were experienced with the cladding system following practical completion.  However, following the Grenfell Tower tragedy, the Claimant (Martlet Homes Ltd), who had acquired Gosport towers from Kelsey in 2017, took measures for the safety of residents. The Claimant’s parent company quickly established a fire safety team to respond to the concerns.

The Claimant’s investigations allegedly revealed that the cladding system incorporated combustible EPS insulation boards. and the existence of serious installation defects, including defects in the installation of fire barriers, which created a risk that they would not operate as intended to prevent the spread of fire.

Ultimately, the Claimant decided to remove the entire EWI cladding system as installed by the Defendant and replaced it with a non-combustible system using stone wool insulation panels instead of EPS. The Claimant subsequently commenced a claim against the Defendant for approximately £8,000,000 associated with the costs of investigating, removing and replacing the EWI cladding system. The Claimant’s claim also included for a waking watch fire safety precaution until the EWI was removed.

In respect of the Installation Breaches, the Defendant accepted there were some defects in the installation but rejected the extent of which such defects had been alleged and further submitted that the installation defects were not factually or legally causative of the decision to replace the entirety of the EWI cladding or to provide the waking watch precaution. The Defendant considered that a less expensive repair solution would have sufficed.

As to the Specification Breaches, the Defendant relied upon certificates from the British Board of Agrément (BBA) issued for StoTherm Classic, which they submitted was evidence of the product’s compliance with Building Regulations.

Finding for the Claimant, and awarding approximately £8,000,000 in damages, HHJ Stephen Davies determined that the StoTherm Classic system was defectively installed with insufficient and/or incorrect provision of fire stopping by cavity barriers and, as a result, did not comply with the Building Regulations. Notwithstanding this finding, the Judge also determined that the StoTherm Classic System would not have complied with the Building Regulations even if it had been installed in accordance with the manufacturer’s requirements.

The Judge further determined that the costs of the waking watch were not too remote to be recoverable from the Defendant and awarded that head of claim, save for a reduction down to one fire marshal rather than the two claimed for.

Whilst not necessarily a surprising decision in the circumstances, the significance of this decision cannot be overstated and has the potential to set a longstanding precedent in future combustible cladding claims. These disputes will undoubtedly be assessed on a case-by-case basis, particularly in relation to the suitability of the remedial / replacement schemes that are undertaken.

Developers and building owners will be encouraged by the TCC’s stance on the recovery of waking watch costs as this type of precaution has been widely used.

The TCC have shown in this decision that they will take a strict view on an external wall system’s compliance with Building Regulations in force at the time of construction. However, we note that the Court did not have to consider any arguments as to whether the towers would have been deemed to have a sufficiently low risk of fire spread via the external wall if they had been subject to a PAS 9980-compliant fire risk appraisal.

Notwithstanding the Claimant’s success in this matter, the decision does highlight the importance of completing and passing BS-8414 testing for a contractor as the Court has indicated buildings which have not been tested in accordance with BS-8414 or BR135 are unlikely to be determined as being compliant with Building Regulations. As the Judge confirmed at paragraph 256, “in a case such as this the only way of clearly demonstrating compliance or non-compliance with the performance standard is to carry out a BS 8414-1 test”.

This statement does offer some hope for contractors that BS-8414 and BR135 test passes may be accepted by the courts as demonstrating a route to compliance with Building Regulations and therefore any contractors facing claims of this nature should ensure that they have evidence of the relevant test passes. This decision also serves as an important reminder to contractors to identify and engage with the relevant members of the supply chain whom a contractor may be able to pass all or part of any liability to as early as possible. 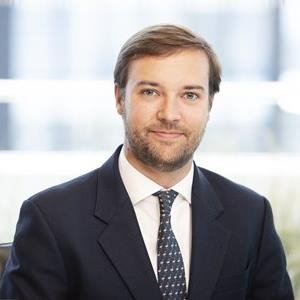 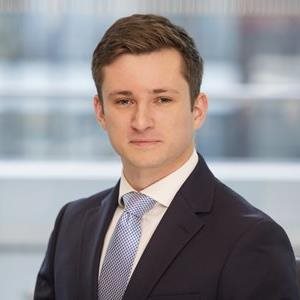