The Law Commission of England & Wales and the Scottish Law Commission published their final report following a joint, three-year, investigation into reforming the law on “Connected & Automated Mobility” (CAM).

On 26 January 2022, the Law Commission of England & Wales and the Scottish Law Commission published their final report following a joint, three-year, investigation into reforming the law on “Connected & Automated Mobility” (CAM). That report contained over 70 recommendations and, on Friday 19 August, the Government published its response running to c. 140 pages: “Connected & Automated Mobility 2025: Realising the benefits of self-driving vehicles in the UK”.

The response commits to a new legislative framework for self-driving in Great Britain, which adopts the Law Commissions’ recommendations on an almost wholesale basis [1]. Insofar as the recommendations have been refined or adopted only partially, they are outlined below under the response paper’s original headings.

Government is of the firm view that “A clear distinction is needed between self-driving features and driver assistance features. Developers, operators and users of self-driving vehicles need clarity on their responsibilities.”

An ASDE would be responsible for submitting vehicles for authorisation and must have appropriate financial standing because it becomes responsible for complying with relevant laws in the absence of a conventional driver.

A range of duties are to be imposed on ASDEs, including ensuring vehicles drive safely and lawfully throughout their lifetimes, assuring cybersecurity, providing data to regulators, and collecting, storing, and sharing data to process insurance claims. Government intends that a range of sanctions could be applied against non-compliant ASDEs where there is evidence that a vehicle was driving itself at the time of a collision. Sanctions are to be extended to include non-disclosures or material misrepresentations relating to safety-critical information.

Government expects a published record of authorisation – which is the process that would permit self-driving features to be used on British roads – to include an identification of (a) features fitted to self-driving vehicles and (b) whether each feature is authorised for use with or without a User-in-Charge (UiC). If authorised with no UiC, vehicles must instead be overseen by a licensed No-User-in-Charge (NUiC) Operator.

Note that even where self-driving features are authorised, ‘deployment conditions’ may be attached so that ASDEs would not be required to demonstrate that their vehicles can safely drive themselves outside of their intended deployment context or Operation Design Domain (ODD).

If a vehicle is authorised to drive itself, the UiC will not generally be held responsible for the dynamic driving task whilst the vehicle is driving itself. Additionally, a UiC would be protected from prosecution if (a) the vehicle issues a transition demand to invite the UiC to resume control in a dangerous situation – providing a careful and competent driver would not have been able to avoid a collision – or (b) at the end of a transition demand, the vehicle does not achieve the expected minimum risk manoeuvre.

However, a UiC would continue to be responsible for non-dynamic driving tasks, such as keeping the vehicle insured, roadworthy, and properly loaded by ensuring passengers are all wearing seatbelt and goods are safely secured.

A NUiC operator would not take over responsibility for the dynamic driving task in the absence of a UiC; responsibility would continue to rest with the ASDE. Instead, the Operator is licensed to oversee the safe use of the technology and would be responsible only for the non-dynamic driving tasks that are otherwise be discharged by a conventional driver. Where the NUiC Operator and ASDE work in combination, Government proposes to describe them collectively as a Combined Authorised Self-Driving Operator (CASDO).

In addition to a pre-deployment safety scheme, an “in-use” regulatory regime will be established to ensure self-driving vehicles remain safe to use throughout their lifetimes. The “in-use” regulator will collect evidence and data about the overall safety of self-driving vehicles when compared with conventional driving and use that to inform, and publish, a safety standard.

Meanwhile, Government intends for the forthcoming Transport Bill to include provisions to create a Road Safety Investigation Branch (RSIB) to investigate collisions involving self-driving vehicles (amongst others). It will be intended to provide independent safety recommendations about how similar collisions can be avoided in future without attributing blame. If negative trends are identified, the proposed RSIB may investigate and identify learnings to continually support the pre-deployment safety framework.

Government supports the creation of new criminal offences relating to the misleading marketing of this technology to consumers because they are, generally, end-users. However, it does not wish for these new offences to apply to transactions between businesses on the basis, it argues, a business will not use the vehicle – but may be intending to seek authorisation in the future – and so is not at risk of using a vehicle unsafely. Thus, a business claiming it is designing self-driving technology ahead of authorisation would be perfectly permissible under these proposals as Government considers it does not imply an end-user can use the technology as self-driving, only that it is intended to be so used if successfully authorised.

Government has indicated that it intends to replace the ‘listing’ procedure within s. 1 of the Automated Electric Vehicles Act 2018 (AEVA), which currently designates vehicles as “automated”, with the new authorisation process outlined above.

Government states it will work closely with the Motor Insurers’ Bureau (MIB) to ensure measures are in place for compensating parties injured because of accidents involving uninsured self-driving vehicles before the first vehicles are deployed on British roads.

On the collection, retention, and sharing of accident data for insurance purposes, Government has committed to consulting on a new data regime prior to bringing forward secondary legislation.

Government, quite rightly, commends the Law Commissions on their work over the last three years. It is based on their recommendations that Government is now in a position to develop detailed proposals within the upcoming Transport Bill, and to implement a comprehensive regulatory regime for self-driving vehicles by 2024/25. Meanwhile, a range of consultations is expected ahead of secondary legislation. 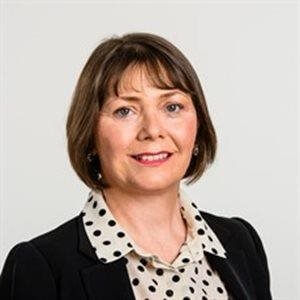