Dispute escalation provisions and International Arbitration - a rising threat in the UAE?

The United Arab Emirates (the UAE) is a federation of seven emirates and a civil law jurisdiction. Exceptionally, two out of the seven emirates, namely Dubai and Abu Dhabi, have carved out financial free zones consisting of defined territories within each emirate. These are intended to incentivise investment by providing a sophisticated legal framework based largely on international model laws and the common law legal system to secure investments. Dubai’s financial free zone is the Dubai International Financial Centre (commonly referred to as the “DIFC”). Abu Dhabi’s financial free zone is named the Abu Dhabi Global Markets (the “ADGM”).  Both the DIFC and the ADGM have their own courts, each broadly speaking having jurisdiction over matters concerning its free zone. These two courts are independent of one another, and are separate to the courts having jurisdiction outside the free zones.

The UAE is therefore “one country with two systems”: on the one hand, the UAE ‘onshore’ legal system, and on the other, the UAE ‘offshore’ legal system consisting of the DIFC and the ADGM free zones. Parties may freely choose the DIFC or ADGM as the seat of arbitration, regardless of whether the contract (or any related dispute) has any nexus to either of those jurisdictions, and regardless of the governing law applicable to the contract.  They also have the freedom to choose whatever arbitration rules they prefer -  for example, those of the Dubai International Arbitration Centre (the DIAC), the International Chamber of Commerce (the ICC), or the London Court of International Arbitration (the LCIA), to name the most commonly applied rules in the UAE.

Arbitrations seated in the DIFC are subject to the procedural framework set out in DIFC Law No 1 of 2008 (the DIFC Arbitration Law). As in the onshore regime, the DIFC Arbitration Law does not contain provisions requiring parties to attempt settlement or other forms of alternative dispute resolution before commencing arbitration. The DIFC Courts Rules (the RDC) may provide some guidance on the treatment of pre-action protocols in the DIFC. RDC 27.1 states that the DIFC Courts “[encourage] parties to consider the use of alternative dispute resolution (such as, but not confined to, mediation and conciliation)”. While the use of alternative dispute resolution prior to commencing DIFC Courts proceedings is not a mandatory requirement, RDC 27.1 suggests that such pre-action steps may be taken by parties to a potential litigation in the DIFC. By extension, it may be expected that parties to a potential arbitration may also take such steps. Although there is limited case law on this issue, arbitral tribunals in DIFC seated arbitration may be expected to enforce pre-conditions, if those pre-conditions are required and part of a valid and binding agreement.

It is worth noting that there are also provisions in the RDC where particular pre-action protocols mandatorily apply to certain circumstances. For example, RDC 41.19 provides that “a claimant intending to commence proceedings against the Government must serve a notice of such intention at least 15 days before proceedings are served.” In Limsa v Lordon A Trading Platform of Dubai Multi Commodities Centre & Ors [2020] DIFC ARB 008, a failure by the claimant to comply with pre-action protocols, including the one set out in RDC 41.19, resulted in the judge concluding that the claimant should be ordered to pay the defendants’ costs.

Arbitrations seated in the ADGM are subject to the procedural framework set out in the ADGM Arbitration Regulations 2015. These do not contain provisions requiring parties to attempt settlement or other forms of alternative dispute resolution before commencing arbitration. The ADGM is still a developing jurisdiction, and it does not appear that the issue of enforceability of pre-action protocols has yet been considered. However, English common law “as it stands from time to time” has direct application in the ADGM by virtue of the Application of English Law Regulations 2015. Therefore, it may be expected that the English approach to pre-action provisions would be applied in the ADGM, for example in relation to issues of substantive jurisdiction or admissibility.

Although there are currently no express provisions within UAE law compelling parties to engage in pre-arbitration negotiations to resolve their dispute, the ‘onshore’ and ‘offshore’ systems allow parties to a contract to agree that settlement negotiations, mediation, or other forms of alternative dispute resolution must precede the commencement of arbitration proceedings. Where the parties do agree to a pre-condition before commencement, the UAE courts will generally give effect to such an agreement and require that the parties comply with the mechanism before they move to request arbitration.

This series will continue next week with the German perspective on dispute escalation provisions and pre-action ahead of commencing international arbitration. 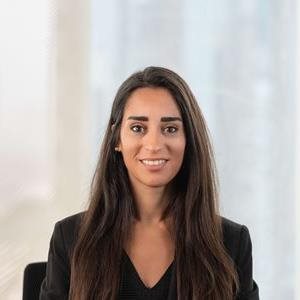