The limitation clock keeps tick-tocking: more judicial authority on time continuing to run against the insurer of an insolvent party

In June 2021, we published an article (here) about the positive implications for insurers of our win in an unreported County Court case[1] in which the Deputy District Judge held that an insured’s insolvency did not have the effect of “pausing” the limitation clock from that date in relation to cases against its insurers under the Third Parties (Rights against Insurers) Act 2010 (“2010 Act”). Central to that case was the issue of whether the rights against the insurers were rights within the insolvent company’s liquidation or not. The Judge decided they were not - therefore time continued to run and the claim against our client insurers was time-barred.   There have since been a number of cases where the Court has taken the same view – including one which has now been reported[2].

This point has been tested throughout 2021 and 2022 as part of a number of CPR interlocutory applications for various orders within proceedings commenced or continued under the 2010 Act (i.e. concerning claims for indemnity made directly against the insurers of policyholders who entered insolvency in August 2016 or more recently).  These were primarily applications made for strike out, summary judgment, substitution or set aside of parties.

Six different judges in 5 cases (and one appeal) within the last 15 months have decided applications as above and on every occasion, and for similar reasons, the issues in these 2010 Act cases have been decided with limitation against the insurers continuing to run. To find otherwise risked there being no limitation period at all for claims against insurers (as opposed to insolvent companies, for whom there is longstop post striking-off under the Companies Act 2006) and that cannot have been the intention of the 2010 Act. They held that the 2010 Act claims against insurers were made outside the insolvency of the policyholder, and so time continues to run for the purposes of those claims and is not paused or otherwise impacted by the liquidation or other insolvent event of the policyholder.

In the most recent case of Rashid and 13 others v Direct Savings Limited, Direct Savings (Scotland) Limited and Aviva Insurance Limited [2022] 8 WLUK 108 (which is the first case on the subject to be reported), HHJ Gosnell had no hesitation in concluding the same and that the Court of Appeal decision in the case of Financial Services Compensation Scheme v Larnell (Insurance Limited (in liquidation) [2005] EWCA Civ 1408 could be distinguished (notably it was decided in 2005 and by reference to the Third Parties (Rights against Insurers) Act 1930). He found, just as the other five judges mentioned earlier had before him, that claims for insured losses brought under the 2010 Act (being those maintained against insurers) were claims outside the liquidation - here of Direct Savings (Scotland) Limited (Direct Savings) - and thus unaffected by the principles laid down in Re General Rolling Stock Co (1872) LR 7 Ch App 646 which paused limitation for claims or liabilities within the insolvency.

In Rashid, the 15 underlying applications will now require a full assessment by reference to the ordinary principles of limitation. All cases which would have been time barred against Direct Savings under sections 2, 5 and 14A of the Limitation Act 1980 will be time barred as against Aviva. So far as there is any liability not covered by the insurance policy, then the claiming parties will have to prove in the liquidation of the Scottish company or otherwise seek the permission of the Insolvency Court to pursue them.

Clyde & Co’s Manchester professional indemnity team have represented the successful insurers as defendants or interveners in 4 of those 5 cases, including the most recent case of Rashid. Albeit these decisions are not binding (as they are all County Court decisions), they are persuasive. Across the 5 cases, permission to appeal has been refused twice and granted once, but that appeal was then dismissed following a hearing.  The Claimant in that case has now made an application to the Court of Appeal seeking permission to appeal which is not likely to be heard until 2023 and pending the outcome of that application, cases which can be determined on similar facts are now being stayed, including Rashid.

We recognise that the 2010 Act provides a claimant with an immediate right to sue the insurer. The transfer of rights brought about by the 2010 Act involves a one stage test (ie the insolvency of the insured on or after 1 August 2016), but that does not mean the recovery route will be any easier or greater or even less costly for the claiming party.  In particular:

We are currently instructed on over 750 open matters subject to the 2010 Act spanning different liability types and policy wordings and for a number of different insurers. If you are interested in understanding more about how a notification relevant to an insolvent policyholder or party may influence a claim, or you require guidance on entering into a standstill agreement involving an insolvent party, then please do not hesitate to get in touch with us. 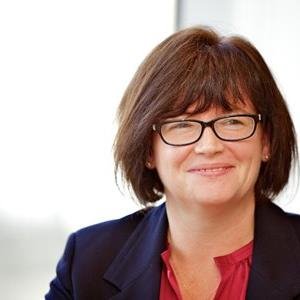