Credit where Creditors are Due: The UK Supreme Court decision in BTI 2014 LLC v Sequana SA and others

In what has been referred to as a “momentous decision for company law”, the UK Supreme Court recently considered whether, when a company is in the ‘insolvency zone’, its directors must have regard to the interests of its creditors in addition to, or instead of, its shareholders.

In doing so, the Supreme Court not only confirmed that such a duty exists, but it also signalled when such a duty might be engaged and its scope and content. In summary, whilst the members of the Supreme Court had relatively little difficulty in confirming the existence of a duty in respect of creditors’ interests, the question of exactly when and how directors are required to shift their focus to their creditors remains, from a practical point of view, less clear. As such, this much anticipated decision is unlikely to be the end of the story and we await further judicial commentary with interest.

The key facts of this case are quite simple. It concerns a subsidiary of Sequana SA (Sequana) and its creditor BTI 2014 LLC (BTI). Sequana’s subsidiary was liable to indemnify BTI for costs arising from the clean-up of a polluted river. However, in May 2009 the directors of Sequana’s subsidiary resolved that it should pay a substantial dividend to its parent company, without, BTI says, leaving enough money in the subsidiary to pay for the clean-up costs, which at that time has not fully crystallised and were of an uncertain amount.

While Sequana’s subsidiary was solvent, on both a balance sheet and a commercial (or cash flow) at the time the dividend was declared and paid,  its long-term contingent liabilities gave rise to a real risk, although not a probability, that the company might become insolvent at an uncertain but not imminent date in the future.

Indeed, Sequana’s subsidiary went into insolvent administration almost ten years later in October 2018. BTI subsequently brought a claim to recover the paid dividend from the directors on the basis that their decision to distribute the dividend was a breach of  duty.

This note will focus on the ramifications and practical and legal implications of this decision and will only discuss the factual background further where relevant below.

Is there a duty to consider the interests of creditors?

Yes, that much is now clear: directors do have a duty to consider the interests of creditors in certain situations. All members of the Supreme Court affirmed the existence of what some of them termed the "creditor duty”. Notably, some members of the Supreme Court confirmed this was not a ‘new’ duty and it is, in fact, part of a director's duty under s172 of the Companies Act 2006 (CA 2006).  This requires a director to act in the way he/she considers would be most likely to promote the success of the company for the benefit of its members as a whole.  This duty is, in certain circumstances, modified by the common law rule that the company’s interests are taken to include the interests of the company's creditors.

It is important to note, however, that the creditor duty (where it arises) is an aspect of a director’s fiduciary duties to the company and not a free-standing duty of its own: it is not therefore a separate duty owed directly by directors specifically to creditors.

The majority in the Supreme Court gave the following principal reasons, as justification for their findings:

a) the existence of the creditor duty was supported by a long line of authority in the lower courts in this jurisdiction (and in others, such as Australia and New Zealand). For example, particular reliance was placed on the decision in West Mercia Safetywear Ltd (in liq) v Dodd [1988] BCLC 250;

b) the existence of the creditor duty was positively confirmed by section 172(3) of the CA 2006 and was a relevant "rule of law" for the purpose of section 172(3). The pre-legislative materials and explanatory notes to the CA 2006 confirmed that interpretation;

d) when the creditor duty is engaged, directors must take creditors' interests into account and give them appropriate weight. Lady Arden went further and held that the content of this ‘duty’, or ‘rule in West Mercia’ as she referred to it, is not limited to just a consideration of creditors’ interests; but that directors are also required not to take any steps to harm those interests.

At what point does that duty arise?

The Supreme Court’s answer to this question was less straightforward; the members were split on the question of the exact trigger point.

The majority held that the creditor duty is engaged when the directors know, or ought to know, that either:

a) the company is insolvent or “bordering on insolvency”. Lord Briggs used the expression "imminent insolvency", meaning an insolvency which directors know or ought to know is just round the corner; or

b) an insolvent liquidation or administration is “probable”.

It therefore appears to be settled, at least, that this duty is triggered at a point before actual insolvency. However, the earliest time at which directors must begin to factor in creditors' interests is when a company is bordering on insolvency, in the sense that it is imminent.

In reaching this view, the Supreme Court rejected the finding made by the Court of Appeal that this duty triggers when insolvency itself is “probable”, thereby assigning a later date to when the duty takes hold.  This  is logical given a company may, of course, recover from such a situation. Lord Briggs (with whom Lord Kitchin agreed) said that the “bare probability of insolvency, which may only be temporary, does not of itself make a liquidation probable”.

The question remains, however, whether it is essential that the directors know or ought to know that the company is insolvent or bordering on insolvency, or that an insolvent liquidation or administration is probable.  The members of the Supreme Court could not agree on this particular issue, potentially exposing the necessity of such knowledge to further judicial consideration.

What does this duty entail and how does it interact with the duty to shareholders?

The scope of the creditor duty was not determined in this particular case because, on the facts, it was held not to have been engaged. That said, the Supreme Court provided obiter that:

• Where a company is on the pathway to insolvency, the directors do not need to regard the interests of the creditors as “paramount”. The creditor duty requires directors to give creditors’ interests appropriate weight and to balance them against shareholders' interests, where they may conflict.

• Where insolvent liquidation or administration is inevitable, the interests of the creditors are then paramount as the shareholders cease to retain any valuable interest in the company.

• The creditor duty arguably is not only a duty to consider creditors’ interests but also to not materially prejudice the creditors.

As Lady Arden saw it, the task for directors was not simply to weigh the interests of members against those of creditors, it was to manage all the interests in a company unless and until the point was reached where they had to treat creditors' interests as predominant

Directors and their insurers will no doubt welcome the clarification that whilst the creditor duty does exist, such a duty is not triggered merely when a company faces a real risk of insolvency at some point in the future.  Such a test would have been too remote and, if applied with the benefit of hindsight, would have undoubtedly imposed an impracticable burden on directors.

The trigger is now considered to be imminent insolvency, or where an insolvent liquidation or administration is probable. That said, the precise timing of the engagement of the duty remains unresolved. How does a director differentiate between the different points in the timeline of a distressed company? In other words, at what point does a “probable" risk of insolvency tip into the relevant period for which the creditor duty begins to apply?

On the specific facts of this case, the answer was perhaps more obvious given Sequana’s subsidiary was not insolvent or on the brink of insolvency at the time the lawful dividend was paid, with it only becoming insolvent a decade later. While BTI’s creditor duty claim failed here, not all cases going forward are likely to have such a long gap between the questionable conduct and the eventual insolvency.

The tests put forward by the Supreme Court, relating to the content of the creditor duty and how it interacts with duties owed to shareholders, may end up being clearer in theory than they are in practice. This is particularly the case in the period before the interests of the creditors become "paramount”. Exactly how creditors' and shareholders' interests are balanced will depend on the gravity of the company's financial difficulties. This will be highly fact sensitive and “much depends upon the brightness or otherwise of the light at the end of the tunnel”. As one member of the Supreme Court commented, the balance to be applied may well depend on whether it is the creditors or shareholders that “have the most skin in the game”.

Without clearer guidance on this issue, the reality remains that directors should stay well informed of the company’s financial position throughout the entire life of a company.

Indeed, Lady Arden was particularly concerned that a "sliding scale" approach provided some assistance but should not be taken too literally. In her opinion, movement towards insolvency would rarely be linear: a company’s financial position may move back and forth, teetering on the edge of insolvency and then recovering.  Does this therefore mean that directors could now be under a ‘hidden duty’ to continuously switch between creditor and shareholder interests as the financial position worsens, then improves? Also, litigation may well arise if a company places too much weight on its creditors’ interests prematurely and this influences its usual business decisions (in the form of action from shareholders), or likewise, if they prioritise the creditors’ interests too late (in the form of a breach of creditor duty claim).

The sliding scale may actually be unhelpful from this point of view.  Only time will tell if, as further lower court decisions interpret the varying views of the different members of the Supreme Court in this case, this decision actually creates a directorial tightrope. 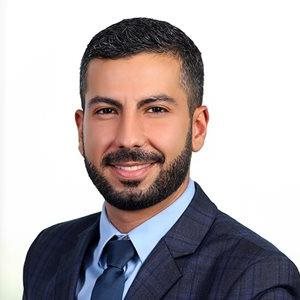