Mr Bathgate, the Chief Officer on a ship, accepted voluntary redundancy at the age of 61 and entered into a settlement agreement with Technip UK Limited which provided that its terms were in full and final settlement of his complaints and claims, including age discrimination claims. The agreement entitled him to an “additional payment” calculated by reference to a particular collective agreement, but Technip later refused to pay the “additional payment” because the relevant term in the collective agreement only applied to officers aged under 61.

Mr Bathgate alleged that this refusal to pay the additional payment was age discriminatory, but the tribunal held that his age discrimination claim had been settled lawfully.

However, the EAT found that Mr Bathgate’s age discrimination claim could proceed because he couldn’t compromise his right to bring a claim for age discrimination when he didn’t know of the existence of that claim at the time of the agreement. The EAT stated that the legislation requires settlement agreements to identify "the particular complaint", which isn’t satisfied merely by listing claims defined by reference to the type of claim or the relevant section number from the legislation.

There has been uncertainty for some time as to whether a settlement agreement enables the employer to settle hypothetical claims which may arise in the future. This decision, in contrast to previous cases, suggests that a settlement agreement can only protect employers from claims which have been made or raised by the employee at the date of the agreement - and not from potential future claims unknown to the parties at the time of entering into the agreement.

Although this wasn’t relevant in this case, to reduce the risk of claims arising after the settlement agreement is signed and potentially not being protected under the agreement, it is advisable for the agreement to be signed as close to the employee’s termination date as possible.

The Employment Appeal Tribunal has ruled that an employer was able to rely on the justification defence in relation to a discrimination arising from disability claim, where the employee's conduct (for which she was dismissed) was influenced by her disability.

Ms Morgan, a supervising social worker in the fostering team at Buckinghamshire Council, had various disabilities including autism and dyslexia. She was dismissed for conduct relating to giving gifts to a child for whom she was responsible without the authority of her manager (in breach of the Council’s code of conduct) and for including inappropriate contents in a case note. Her explanation that her conduct was influenced by her autism wasn’t accepted by the dismissing officer who took the view she couldn’t be trusted not to breach the code of conduct again.  On appealing her dismissal, she was invited to have an Occupational Health assessment to investigate whether her conduct had been influenced by autism, but she declined and her appeal was unsuccessful.

Ms Morgan brought claims of unfair dismissal and disability discrimination (arising from a disability, and harassment). The tribunal found that her dismissal was within the range of reasonable responses.  It considered that the critical issue was whether she was likely to repeat her behaviour and determined that she was. In the discrimination arising from disability claim, it accepted her dismissal was for conduct which was as a result of her disabilities, but that she had “breached boundaries” which were a legitimate aim of the Council i.e. to have guidelines prohibiting gift giving to vulnerable children. As such, the decision to dismiss was justified. On appeal, the EAT found that the tribunal’s conclusions were justified.

This case raises issues around managing neurodiverse employees whose decision-making may be impacted by their condition. Although this case has very particular facts, given that the legitimate aim in question was the protection of vulnerable children - where employers can justify high standards of conduct (for example in the context of regulatory requirements for financial services businesses), they may be able to justify dismissal where they no longer have confidence in an employee upholding those standards, even where the reason relates to their disability.

Ms Morgan’s harassment claim was successful. This related to comments by the person hearing the appeal that she had deceitfully “masked” her autism when in fact she had simply learned behaviours which led to her masking her autism.

The government has announced it is backing two Private Members' Bills which extend the protection from redundancy to mothers on family leave and entitle carers to unpaid leave.

Under current rules, before offering redundancy to an employee on maternity leave, shared parental leave or adoption leave, employers must offer them a suitable alternative vacancy where one exists. The Pregnancy and Maternity Discrimination Bill will enable this redundancy protection to be extended so it also applies to pregnant women and to new parents returning to work from those forms of family leave.

The Carer's Leave Bill will introduce a new entitlement of one week's unpaid leave per year for employees who are providing or arranging care. Leave will be available to eligible employees from the first day of their employment, and they will be able to take this leave flexibly to suit their caring responsibilities.

The proposed protection from redundancy legislation will afford greater protection to pregnant women and new parents against the threat of redundancy.

Carers will not need to provide evidence of how they will use their leave, and taking this leave entitlement will be subject to the same employment protections associated with family-related leave, so carers will be protected from dismissal or any detriment as a result of taking time off.

Boost for carers who will receive new unpaid leave entitlement

The Information Commissioner's Office (ICO) has published draft guidance on monitoring at work and on information about workers' health.

Both the draft guidance on monitoring at work and draft guidance on information about workers’ health cover key topics such as lawful basis for monitoring/ for processing health data, transparency, fairness and accountability, as well as providing guidance on data protection impact assessments, automated decision making, security and retention.

The monitoring at work guidance also covers specialist topics such as covert monitoring, use of biometric data, call monitoring, dashcams and device activity. The ICO has also published an impact scoping document and plans to publish additional practical tools such as checklists.

The ICO notes that, as the world of work continues to adjust to changes resulting from the pandemic, as well as to new innovations and technologies, its approach to guidance should change.

The ICO is publishing its draft guidance on employment practices in stages, and is planning to create a hub for guidance for employers and workers.

The Information Commissioner's Office (ICO) has issued a fine of £4.4 million and a warning to businesses after a company failed to keep their staff’s personal data secure.

An Interserve employee forwarded a phishing email, which was not quarantined or blocked by the Interserve’s system, to another employee who opened it and downloaded its content. This resulted in the installation of malware onto the employee's workstation. Interserve’s anti-virus quarantined the malware and sent an alert, but because they failed to investigate the suspicious activity thoroughly, they weren’t aware that the attacker still had access to their systems.

Personal data of up to 113,000 current and former employees was encrypted and rendered unavailable, including their contact details, national insurance numbers and bank account details, as well as special category data including ethnic origin, religion, details of disabilities, sexual orientation and health information.

The ICO investigation found that Interserve failed to follow up on the original alert of a suspicious activity, used outdated software systems and protocols, did not adequately train staff and had insufficient risk assessments which meant they were vulnerable to a cyber-attack.

The ICO warned that "the biggest cyber risk businesses face is… from complacency within their company” rather than from hackers. Businesses should ensure that the steps they take to protect them from a cyber-attack include following up on the original alert of a suspicious activity, providing adequate staff training and carrying out risk assessments. 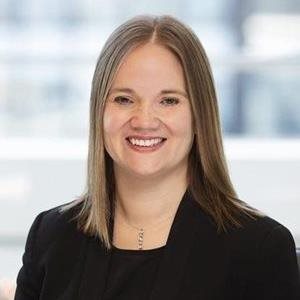