Hot off the press: There is a significant subjective element to a Coroner’s decision as to whether to issue a PFD

The full judgment may be found here.

During an inquest touching on the death of a prisoner in October 2021, the Coroner refused to make a report for the prevention of future deaths (PFD report) under para 7 of Schedule 5 to the Coroners and Justice Act 2009.

The Claimant, the deceased’s brother, applied for judicial review of this decision, but the claim was dismissed: the Coroner’s decision was found to be lawful.

Reminder for Coroners: The court was not impressed that the Coroner had sought to provide further reasons for her decision after the inquest and would not allow these to be taken into account: they should have been provided in a detailed judgment at the time of the inquest.

Guidance for organisations other than prisons (such as care homes/ residential villages): Comments in the judgment are of potential interest to other organisations as to whether they are obliged to first aid train all their staff and, if those staff choose not to use it, or do not use it correctly whether their organisation is at risk of criticism.

Considerable time was spent at the inquest considering the first aid training of prison staff. The position of the company that provided healthcare services at the prison was that prison officers trained in first aid could not be mandated to apply CPR or other first aid techniques because they were not qualified health professionals and so were in the same position as a member of the public in the community. The prison officers assigned to patrol state duty would not necessarily be trained in first aid. If an emergency arose, an officer would call for response staff from other wings, only some of whom would be first aid trained.

The Coroner concluded that:

The key training issue for other organisations is therefore to ensure staff know to call code blue promptly.

In order for the Coroner to issue a PFD report, the inquest investigation must have given rise to a concern that circumstances creating a risk of other deaths will occur, or will continue to exist, in the future, and, in the coroner's opinion, action should be taken to prevent the occurrence or continuation of such circumstances, or to eliminate or reduce the risk of death created by such circumstances.

The Coroner must report the matter to a person whom the Coroner believes may have power to take such action, for example a person, organisation, local authority or government department or agency.

PFDs can be significant vehicles for change as they are usually published by the Chief Coroner on his website and highlight in a public way concerns about how services operate. This, in turn, may lead to further scrutiny of the organisation being criticised, for example, by the Care Quality Commission.

The deceased lived with asthma and serious allergies. At the time in question, he was a prisoner and the prison was in a lockdown “patrol state” at the time he experienced difficulty breathing. He called for assistance as he was struggling to breathe and find his inhaler. An officer attended quickly and, in accordance with lockdown procedure, did not actually enter the cell and offered advice through the observation panel. Other officers attended who entered the cell as permitted during lockdown if there was an immediate risk to life. A code blue medical emergency was made and two ambulances arrived. CPR was commenced but the deceased was pronounced dead.

At the Article 2 ECHR inquest, the medical cause of death was unascertained and the jury found that any delay by prison officers in the commencement of CPR "did not affect the outcome” for the deceased.

Nonetheless, there was no legal bar to the Coroner making a PFD report if satisfied that the relevant circumstances justified it. The Coroner heard detailed oral evidence on matters relating to whether she should make a PFD report. She had asked the Head of Safer Prisons if spot checks might take place to address staff understanding of emergency procedures and the circumstances in which a cell could be entered during patrol state. Following confirmation that this was implemented, she decided a PFD was not necessary on this issue. Nor did she consider one necessary in respect of the need for first aid training as all new staff were being given this and, in any event, if a code blue were called promptly, first aid would be available through that route.

After the inquest, the Ministry of Justice submitted further evidence of implementation of improved guidance to staff on emergency response. However, the Claimant remained concerned that other lives might be at risk in the prison and made further representations to the Coroner on the need for a PFD report arguing that the Coroner was irrational to conclude the threshold for a PFD had not been met and also that she erred in her approach by fettering her discretion and misapplying the law.

The Claimant’s claim was dismissed on every ground. A Coroner may decide on the need for a PFD on a case by case basis and she was entitled to make decisions on what key issues comprised at inquest.

Clyde & Co's healthcare group has a long-established, leading reputation for managing and defending all aspects of medical negligence claims and has an in-depth knowledge of the health sector in the UK.

We have a team of highly experienced advocates who personally represent clients in inquests. This is supported by criminal, regulatory and advisory specialists with extensive healthcare experience.

For more information on this matter, please contact Siobhan Davies. 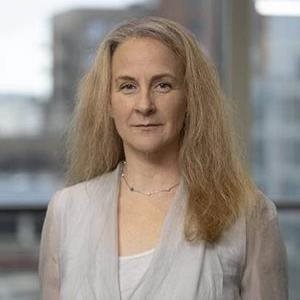