The link between brain injury and early onset dementia: is Mathieu v Hinds the end or beginning of the debate?

Over the last 10 years, there has been a growing body of research considering the link between a TBI and early onset dementia. As a result, Defendants have faced an increasing number of claims where the Claimant is seeking provisional damages for the risk of early onset dementia. This issue has been tested in the recent high court case of Mathieu v Hinds in April 2022.

There are over 1 million people in the UK living with dementia. 1 in 20 people in their late 60s will live with dementia and that number increases with age so that over half the people living into their 90s will live with dementia. It is a progressive degenerative condition which causes cognitive and physical disabilities. There is no one test for dementia, it is a clinical judgment.  There are a number of risk factors most crucially age, but also sex, weight, alcohol use, diabetes, level of fitness, education, diet and other life style factors.

In Mathieu, the Claimant had suffered a severe brain injury but had made a good recovery to the extent that he had gone on to enjoy a career in art where he sold paintings all over the world. The Claimant alleged, however, that the cognitive problems and fatigue arising from the accident affected his ability to make as much art as he would have done but for the accident. Provisional damages were claimed for the risk of early onset dementia, and the court considered the issue in some detail reviewing the available literature and research in the area.

The court can award provisional damages where it is a satisfied that at some definite or indefinite time in the future, the injured person will, as a result of the act or omission which gave rise to the cause of action, develop some serious disease or suffer some serious deterioration in his physical or mental condition (Senior Courts Act 1981, s.32(A).

In Mathieu, the Judge dismissed this aspect of the claim. To summarise, the court heard from two neurologists who discussed the research available and the Judge concluded that, as a matter of science, it was doubtful that there was more than a fanciful chance that the Claimant’s brain injury could cause him to develop dementia in the future. The court held that the published research reached different conclusions as to whether there was an association between a single TBI and dementia. The court was heavily reliant on the Hicks meta-analysis published in December 2019 which reviewed the older literature and concluded that the results of individual studies were both difficult to interpret and provided no clear support either way. The Hicks study identified important weaknesses in the methodology of some of the research, including use of a small cohort, reliance on veteran analysis and self-reporting. The court found that although there may be an association between the single head injury and dementia, there was no clear understanding of the causative route.

The court went further and found that even if the second limb of Willson had been passed, the Judge would not have exercised his discretion to award provisional damages. This was on the basis that the Judge was not convinced that post TBI dementia is easily diagnosable. Different dementias have different causes and effects. Further, she made the point that it would not be possible to distinguish the effects of dementia and the original TBI.

The case was a resounding success for Defendants. But it is not the end of the story by any means.

It is notable that neither neurologist in Mathieu had been involved in the research itself nor were they epidemiologists. Would the result have been different with alternative experts? In addition, the case did not discuss the Scandinavian research by Nordstom (2019) in any detail. This was a population study in Sweden. This research is probably the most persuasive in terms of trying to establish an association or link. Whilst we do not believe it would have led to a different decision from the court, it is testament to the fact that the court can only consider the evidence brought to it by the parties and this can sometimes be limited. Further, more research is being conducted in this area and Claimants are likely to continue to challenge the Mathieu judgment as and when more persuasive research evidence comes to light.

Defendants may wish to instruct both a neurologist and epidemiologist  with expertise in this specific field where the issue  is  raised by Claimants. Legal advisers need to ensure that they are reading the literature themselves in order to analyse the data, challenge their experts and ask the right questions of their experts. It is critical  for legal advisers and medical experts to identify where a Claimant has other risk factors associated with dementia.

Emma Eccles and Helen Kanczes from the Clyde & Co brain injury subject matter group have arranged a podcast with neurologist Dougall McCorry, to discuss the difficulties in the diagnosis of dementia, risk factors, the current research available and its limitations and a best practice guide for insurer and insured clients. This podcast will be available from 16 January. 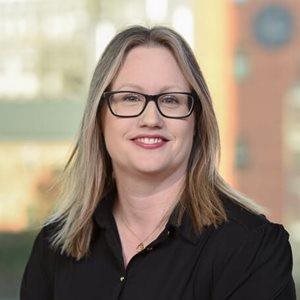