Bahrain has appointed a group of internationally recognised dispute resolution experts (Royal Decree 3/2022) as judges of the Court of Cassation, who are assigned to the Bahrain Centre for Dispute Resolution (BCDR). We are pleased to announce that the group includes Dubai based Clyde & Co partner, Michael Grose.

Unlike other onshore domestic courts in the Gulf, disputes are conducted in the language agreed by the parties so parties can chose to have disputes decided in English if, for example, this is the language of the contract. Therefore, English-speaking judges are an important part of this judicial system.

Michael commented “The model established by Royal Decree in Bahrain gives parties to international commercial disputes a chance to have disputes decided in the language of their choice by lawyers specialised in their respective fields without the often complex legal and administrative machinery of arbitration. It is a privilege to have been appointed to the panel of judges assigned to the BCDR to determine disputes in this way and I look forward to being part of this process along with the other panel judges."

Michael is one of the pre-eminent construction disputes lawyers in the region, having been based in Clyde & Co’s Dubai office since 1998 and is the author of "Construction Law in the United Arab Emirates and the Gulf" (Wiley-Blackwell, 2016). He is well known for conducting complex construction arbitrations and has represented parties in numerous disputes involving variations, extensions of time, early termination and related issues. 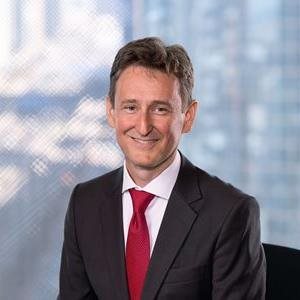