Following on from their review of the standard form Oilseed and Soyabean contracts at the end of last year, the Federation of Oils, Seeds and Fats Association ("FOSFA") has published revised Arbitration Rules (the "2018 Rules"). The 2018 Rules will apply to disputes arising out of contracts incorporating FOSFA arbitration entered into from 1 April 2018 onwards. The current Arbitration Rules published in 2012 (the "2012 Rules"), will continue to apply to contracts entered into prior to 1 April 20

Some of the key changes to be aware of are as follows:

In the 2018 Rules, the time limits within which a party must commence arbitration have been updated as follows:

For disputes arising out of the quality and/or condition of goods, the time limit within which to commence arbitration in the 2018 Rules has been extended to not later than 90 consecutive days from:

Monies due claims and claims other than quality and/or condition

Under the 2018 Rules, for all disputes other than quality and/or condition of goods, the time limit within which to commence arbitration is not later than 120 consecutive days from:

FOSFA hopes that by standardising the time bars for monies due claims and non-quality and/or condition disputes, this will overcome continuing arguments in the trade distinguishing between these types of claims.

The deadlines for parties to file their submissions i.e. their written arguments in quality and condition disputes have also been extended:

Submissions from both parties in all other types of disputes continue to be required to be served "without delay".

Arbitrators and the "two tier" system

FOSFA will continue to operate a "two tier" arbitration system. The first decision is made by the "first tier" tribunal, and this decision can be appealed to a "board of appeal".

Under the 2018 Rules, a three arbitrator tribunal will be standard in the first tier. Whereas, under the 2012 Rules (and unless otherwise agreed), tribunals consisted of two arbitrators with an umpire only being appointed in circumstances that the two arbitrators disagreed.

FOSFA have also introduced a £5,000 deposit (£2,500 for small claims) as standard, to be paid within 30 days of the appointment of the third arbitrator or the sole arbitrator as applicable, by the party bringing the claim. If, once the arbitration is complete, any sum remains once costs have been paid, the remainder of the deposit will be returned to the party that paid it.

If you would like more information on the changes in the 2018 Rules and how they affect your business, please do not hesitate to get in touch with us. 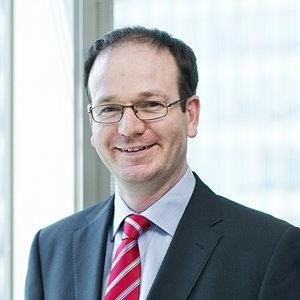