Mr Sevilleja owned and controlled two companies in the BVI (the "Companies"). Marex claimed against the Companies for various sums due in contract and obtained judgment in its favour from the Commercial Court, in July 2013, for $5.5 million, plus costs later agreed at £1.65 million.

However, in the days between a confidential draft of the judgment being provided to the parties and that judgment being handed down with orders for payment, Mr Sevilleja took steps to "asset-strip" more than $9.5 million from the Companies' accounts. In breach of his duties to the Companies, Mr Sevilleja procured transfers into offshore accounts in his personal control, leaving the Companies with assets of just $4,000.

The Companies, facing liabilities of more than $30 million, were placed into voluntary liquidation in the BVI by Mr Sevilleja later that year. Save for Marex, all other creditors were connected to Mr Sevilleja. Marex alleged that the liquidators declined to investigate its claims or to commence proceedings by the Companies against Mr Sevilleja.

Mr Sevilleja responded by seeking to set aside an order permitting Marex to serve of out the jurisdiction on the basis, among others, that Marex did not have a good arguable case against him because Marex was seeking to recover reflective loss.

The Supreme Court considered the case law over the last forty years from which the supposed "reflective loss" principle had been derived (and, in its view, expanded), together with the principles of company law that it was seeking to protect.

The focus of the Supreme Court decision was on the "rule" in Prudential Assurance Co Ltd v Newman Industries Ltd [1982] Ch. 204, in which it was held that, where a shareholder has suffered loss in the form of a reduction in the value of its shares or a reduction in distributions, the shareholder should be precluded from bringing a claim against a defendant where the company has also suffered loss and has a parallel claim against that defendant. Where an award of damages to the company would put the company in the position it would have been in but for the wrongdoing, the only remedy the law would be required to provide would be to award damages to the company. This was consistent with the well-known authority of Foss v Harbottle (1843) 2 Hare 461 which, put simply, provides that the only person who can seek relief for an injury to a company, where the company has a cause of action, is the company itself. It is this rule in Foss v Harbottle that shareholders have been interpreted as seeking to get around when pursuing personal actions.

In Johnson v Gore Wood [2002] 2 AC 1, the House of Lords purported to follow Prudential but the reasoning of Lord Millett in Johnson, that the principle was based upon the avoidance of double recovery, has been influential in subsequent cases in expanding the application of the rule in Prudential to preclude shareholders’ claims whenever the company had a concurrent claim available to it. Thus, the "reflective loss" principle has been applied more widely, including to claims brought by creditors where that creditor was also a shareholder (Gardner v Parker [2004] EWCA Civ 781) and by the Court of Appeal in the Marex case - Marex was an ordinary creditor with no shareholding in the Companies.

The Supreme Court was unanimous in overturning the Court of Appeal decision and holding that the rule in Prudential has no application to claims that do not concern a shareholder and did not therefore apply in this case involving a claim by a creditor. The loss claimed by Marex, as a creditor of the Companies, did not comprise "reflective loss". In so finding, the Supreme Court has confirmed that Lord Millett’s reasoning in Johnson was incorrect and, as a result, that Gardner was wrongly decided. Further, the Supreme Court held that Giles had also been wrongly decided (and, as a consequence, so too was Perry) and that, in fact, no exception exists: “The basis of the decisions in Prudential and Johnson is that a shareholder, whose shares have fallen in value as the consequence of loss suffered by the company for the recovery of which it has a cause of action, has not suffered a recoverable loss. That conclusion does not depend on whether the company is financially able to bring proceedings or not. If the shareholder has not suffered a recoverable loss, he has no claim for damages, regardless of whether, or why, the company may have failed to pursue its own cause of action.”

As for type (2) cases, taking claims by creditors as an example, the relationship between a company and its creditors is not analogous to that between a company and its shareholders. The debt owed to the creditor is not related to the value of the company's assets. Where a company suffers loss, its creditors will not suffer loss so long as the company remains solvent. Where insolvent, as in this case, the company’s loss may result in the creditor suffering a loss (in the sense that the Companies could not discharge their debt to Marex) but that does not offend the rule in Foss v Harbottle (which is relevant only to shareholders). The risk in permitting Marex to pursue Mr Sevilleja was one of double-recovery but that can be avoided in the ordinary way, without precluding Marex's claim. Neither does that mean that the Companies' claim should be given priority over that of Marex.

While the Supreme Court was unanimous in its decision, there was a 4:3 split in its reasoning. In the view of the minority, there was a case not just for narrowing the reflective loss principle but for abandoning it entirely. In the view of Lord Sales, Prudential did not establish any "bright line" rule of law. The company and its shareholders may suffer different wrongs, resulting in different losses and different causes of action being available to them. The loss suffered by the shareholder is not the same as the loss suffered by the company; there may be no direct correlation between the two. The shareholder's claim should not therefore simply be precluded when, in the view of the minority, there were other ways to prevent double-recovery.

The Supreme Court's decision is significant in narrowing the often-cited "rule" that there is no recovery for reflective loss.

It confirms that the reflective loss principle is of no application to claims brought by creditors (or by anyone other than shareholders). In the present case, the principle would clearly have resulted in injustice to Marex. The risk of double-recovery in Marex and other non-shareholder cases can be addressed in other ways.

As for claims brought by shareholders, the key issue is whether their loss is "separate and distinct" from that of the company. If not, and the company has a right of action, the shareholder's loss will not be recoverable, even where the company declines to pursue the action. There is, however, perhaps now more scope for a shareholder to bring a personal claim in other circumstances than was previously the case.

In one of the largest shareholder claims of recent years, the Lloyds shareholder action arising out of Lloyds' 2008 acquisition of HBOS, a "reflective loss" defence was run by Lloyds and its directors. While the point did not need to be decided in light of the earlier findings in that case, the judge concluded that he would have favoured the arguments of Lloyds and its directors that the diminution in the value of the claimants’ Lloyds shares was an irrecoverable reflective loss. It will be interesting to see, post Marex, how shareholders in future actions may seek to present their loss as separate and distinct from that of the company.

The judgment in Marex is likely to be welcomed by claimants whose claims might previously have been precluded simply on the basis that the company had a concurrent claim available to it. In the context of an anticipated financial downturn, increased insolvencies and creditor claims, the case permits creditors a potential route to recover against a wrongdoer where the company declines to do so. Its impact on claims brought by shareholders remains to be seen but the judgment provides welcome clarification of the supposed rule against recovery of reflective loss, albeit narrowing the circumstances in which it is likely to be made out by defendants. 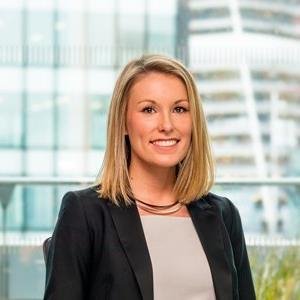